The search for the ships of the 1845 Franklin expedition wraps up Wednesday after four weeks — slightly ahead of schedule due to weather conditions in the North — without locating the lost vessels that sank in the Arctic. 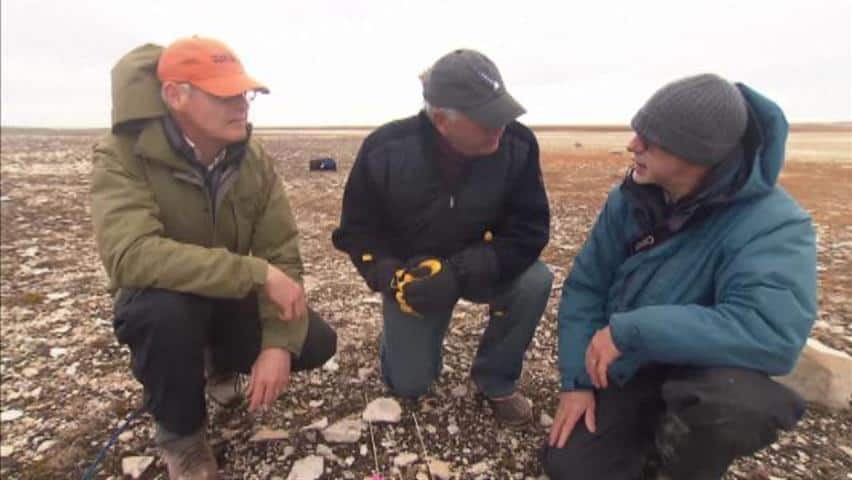 8 years ago
16:32
Peter Mansbridge joins archaeologists as they search for signs of the lost Franklin ships. 16:32

The seabed scanning for the ships of Sir John Franklin's 1845 Arctic expedition wraps up Wednesday after four weeks —slightly ahead of schedule due to weather conditions in the North.

"The weather patterns are starting to show a few weather systems passing through the area this week, so it is best to pick some good weather windows for the 220 nautical mile [400 kilometre] journey back to Cambridge Bay,"  a spokesperson from Parks Canada, which led the multi-agency quest, wrote in an email to CBC News.

"We could see some gale force winds by weekend and rain is turning to snow. It is safer for the team to start their journey back now."

The initial analysis of the scans did not indicate signs of the lost vessels that sank in the icy waters of Nunavut.

However, detailed analysis of the mountain of data collected during the search is just starting and more information will be released shortly, Parks Canada said in the email.

"The work of this team does not end with the departure from the survey area. In fact, Parks Canada will now fully evaluate all data collected from this 2012 field season's expedition, which will help determine future actions.

"A tremendous amount of data has been acquired and will need to be fully reviewed over the coming weeks and months."

Franklin and his crew of 128 men had set sail from Britain on HMS Erebus and HMS Terror amid great optimism in 1845, hoping to find the Northwest Passage.

The ships were beset by ice in 1846 and deserted by their crews off King William Island two years later. One ship sank in deep water somewhere west of the island, while the other went further south, perhaps as far as the Queen Maud Gulf and maybe into Wilmot and Crampton Bay, according to Inuit testimony. The men all perished, but their deaths have never been fully explained.

The current search is the fourth in five years and a joint public-private sector endeavour that involves Environment Canada, Parks Canada's Underwater Archaeology team, the Canadian Coast Guard, the Canadian Hydrographic Service and the private Arctic Research Foundation, which provided the research vessel, the Martin Bergmann.

In the southern search area, the Martin Bergmann had surveyed approximately 444 line kilometres and covered 57 square kilometres as of Sunday.

After departing the survey area, the research ship will retrieve the tide gauge at Kirkwall Island and then proceed to Simpson Strait to rendezvous with the Canadian Coast Guard Ship Sir Wilfrid Laurier to transfer equipment. The Martin Bergmann should arrive in Cambridge Bay either Wednesday or Thursday.

In the northern search area, the combined sea bed surveys by teams onboard the Laurier and Bergmann sounded over 1155 kilometres, with multibeam and side-scan sonar coverage of 122 square kilometres.

The LIDAR (Light Detection and Ranging) coverage to date totals 879 square kilometres. LIDAR is a technology similar to radar that can be used to create high-resolution digital elevation models with vertical accuracy within 10 centimetres.

Parks Canada has said it will release more detail on the next steps required to create the navigational charting required for safe vessel passage.

A CBC News crew including chief correspondent Peter Mansbridge was on hand when some of the discoveries, which number in the dozens, were made at Erebus Bay on King William Island.

With files from Janet Davison