For seniors, losing driver’s licence like having 'arm cut off’

According to the latest figures from Statistics Canada, three-quarters of Canadians aged 65 and older have a driver's licence. But research also shows that the older a person is, the greater risk they are on the road. Those stats don't change the fact that the loss of a licence can often be followed by depression and a significant loss in quality of life.

Next to young male drivers, people aged 70 or older have highest accident rate 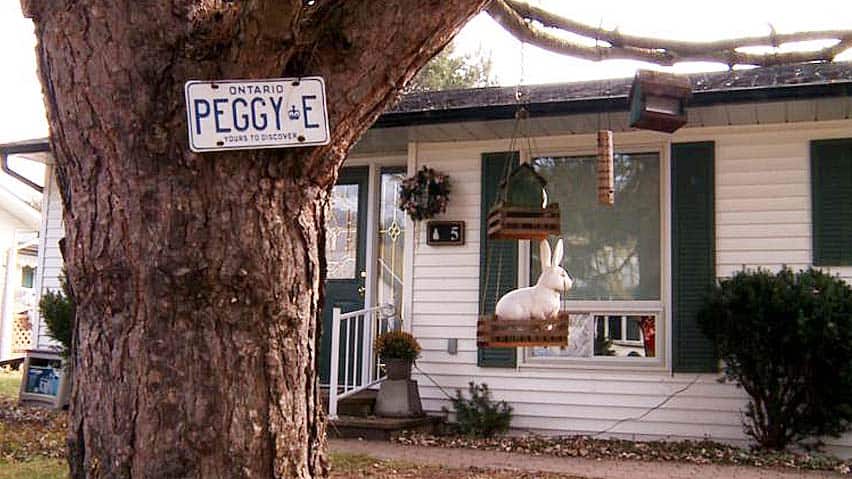 After driving for more than 70 years, Peggy Ellison couldn't imagine life without a car.

The resident of Tottenham, Ont., used her vehicle to get around town and go grocery shopping, visit family and play the slot machines at Casino Rama or Georgian Downs in nearby Barrie.

But last year she was pulled over while driving on the highway. Her crime? Driving too slowly.

The New Retirement: Seniors in Canada

This week, CBC News presents a series on life for people 60 years and older. Canadians are living longer than ever before, a fact that is radically changing the meaning of retirement. Many people see it as a time of reinvention, a time to try new things.

CBC News is publishing stories on seniors who are doing remarkable things in the so-called twilight years.

The police officer glanced at Ellison's driver's licence and saw her age — 94 — and explained he wasn't going to give her a ticket. But a couple of weeks later, she said she received a letter notifying her that her licence was suspended for medical reasons.

"Never thought of not having a car, never crossed my mind," explained Ellison. "When you can't go out and get in your car and go where you want to go, it's like having your arm cut off."

According to the latest figures from Statistics Canada, three-quarters of Canadians aged 65 and older have a driver's licence. But research also shows that the older a person is, the greater risk they are on the road.

StatsCan reports that other than young male drivers, people aged 70 or older have the highest accident rate. Furthermore, seniors are much more likely to be killed in collisions.

Loss of licence can affect quality of life

Those statistics don't change the fact that once a person loses their licence, it greatly affects their lifestyle.

"It's been demonstrated and said many times, that receiving the news that you will be losing your driver's licence has the same weight as being diagnosed with cancer," said Sylvain Gagnon, a researcher for the Canadian Driving Research Initiative for Vehicular Safety in the Elderly (CANDRIVE).

He explained the news of losing your licence can often be followed by depression and a significant loss in quality of life.

Figures show that access to a car affects a person's social habits. StatsCan found that seniors who primarily travelled via their car were the most likely to have partaken in a social activity in the past week, at 73 per cent.

The StatsCan research shows that seniors who depend on others to get around are more likely to be reluctant when asking to attend leisure activities (rather than essential activities, like doctor’s appointments).

Since losing her licence, Ellison must now rely on her daughters and friends for transportation to things like her weekly euchre game at the local community centre.

The loss of a licence may be even more detrimental for seniors living outside urban areas.

According to StatsCan, people aged 65-74 are slightly more likely to live outside urban areas. Of those seniors, a large number reportedly do not use transit because of a lack of service in their area, which may only further immobilize them.

According to Ellison, if you are out in the country and don't drive, "you just might as well be dead."

Ellison was 21 when she first got her licence. She went on to two driving-related jobs, including parking cars at a garage and driving a bus for 20 years. She said that in the seven decades that she had a licence, she was never in an accident.

"I haven't changed because I got old, at least I don't think I have," said Ellison.

It is estimated that people make eight to 12 navigating decisions for every kilometre they drive. According to the Ontario Ministry of Transportation, even small changes as a result of aging can affect your driving.

In Ontario, a person’s driver's licence can be suspended if a doctor or optometrist feels a person has a condition that may impair their ability to drive. Doctors are bound by law to report this condition to the Ministry of Transportation, which then reviews the information and acts accordingly.

A doctor may take into account a number of factors when assessing a senior's ability to drive, including vision, mobility and cognitive abilities.

"You will never be able to tell in a doctor's office whether someone is safe to drive," said Gagnon, who is also a psychology professor at the University of Ottawa.

Gagnon explained driving is a complex task, and there is no one single indicator of a driver's competence. A doctor can only hope to narrow down the grey area of who is safe to drive.

CANDRIVE is currently trying to come up with an instrument that could be used by doctors to assess older drivers.

In the meantime, some provinces require that drivers be retested once they reach a certain age. For instance, in Ontario at the age of 80, drivers must renew their license and continue to do so every two years. They complete a vision test, a written test and sit in on a group education session. They may also be required to take a road test.

In provinces such as Alberta, a driver needs to take a medical exam at the age 75, and again at 80 and every two years after that. Doctors are not required by law to report seniors who they believe are unfit to drive. However, the province has other safety measures in place.

For instance, when drivers renew their licence they have an obligation to disclose whether they have a medical condition that would affect their ability to drive.

In Alberta, anyone can request that someone's driving privileges be reviewed if they suspect that person is becoming a danger on the road.

Trent Bancarz, a spokesperson for Alberta Tansportation, said the majority of the requests probably come from family members.

"If you do have someone in your family that either due to age or due to a medical condition is maybe not a safe person to be out there, it's really hard to either confront them or to take their driving privileges away," said Bancarz.

But he said there should be no age bias involved with the decision to take away someone's licence.

"Some people are better able to drive a vehicle at 82 then some other people at 45," Bancarz said.

Gagnon warned the recommendation to take away someone's licence should not be made lightly, because of the dramatic impact it can have on a person's life.

How a senior reacts to the news that he or she can no longer drive may depend on a number of factors, including a senior’s autonomy, how far away they are from their services and what the alternate transportation methods are.

The day after Peggy Ellison sold her Buick to a young man in town, she took out the Yellow Pages with the intention of buying a golf cart, a four-wheeled vehicle that doesn’t require a license.

Her new ride was delivered to her home the next day.

"There's nothing like having a car," Ellison says, "but it makes me feel a little bit of independence again since I got my cart. I love to have my wheels."