What's the dirtiest surface on an airplane? The result may surprise you

Marketplace's latest investigation reveals that the surfaces on a plane you're likely touching most often might not be as clean as you think, and some are contaminated with bacteria and other pathogens.

Used tampons, sandwiches, loose condoms, smartphones, dirty diapers. What do they all have in common?

Flight attendants tell Marketplace they've all been found in the seat pockets of airplanes.

Marketplace's latest investigation reveals that the surfaces on a plane you're likely touching most often might not be as clean as you think, and some are contaminated with bacteria and other pathogens.

Marketplace staff took a total of 18 short-haul flights between Ottawa and Montreal, flying with Canada's three major airlines — Air Canada, WestJet and Porter — at various times throughout the day.

Those samples were then analyzed at a lab at the University of Guelph by microbiologist Keith Warriner, who tested the samples for a number of different types of bacteria, as well as yeast, mould, E. coli and other pathogens.

"I was really amazed about how much we actually recovered from them," said Warriner.  "Some of them more scary than others."

Nearly half of the surfaces swabbed contained levels of bacteria or yeast and mould that could put a person at risk for infection, Warriner said.

Yeast and mould were detected on the majority of the 18 flights, which Warriner said suggests that the surfaces were either not cleaned well or often enough.

The most contaminated surface on the plane was the headrest.

The most concerning finding for Warriner was E. coli bacteria detected on both the seat pocket and the headrest. The presence of E. coli indicates fecal contamination, and the bacteria can cause intestinal infections, with symptoms that can include diarrhea, vomiting and abdominal pain.

"We've got to try and think how would fecal contamination get inside [the seat pocket]," said Warriner.

'It's mostly for esthetics'

Connor Remus has a pretty good idea how a seat pocket might have come into contact with feces. The former Porter employee said he has found used diapers and other trash in seat pockets before.

"Everything goes in there; everything from the paper-thin vomit bags, to used wrappers.... I found used tampons in seat pockets before."

Marketplace spoke to more than a dozen former flight attendants and customer service representatives about their experiences working on airplanes. Most said it was their responsibility to clean the planes between flights, but that there simply wasn't enough time to properly disinfect an entire aircraft.

Former flight attendants describe a few reasons to avoid the seat pocket on an airplane: 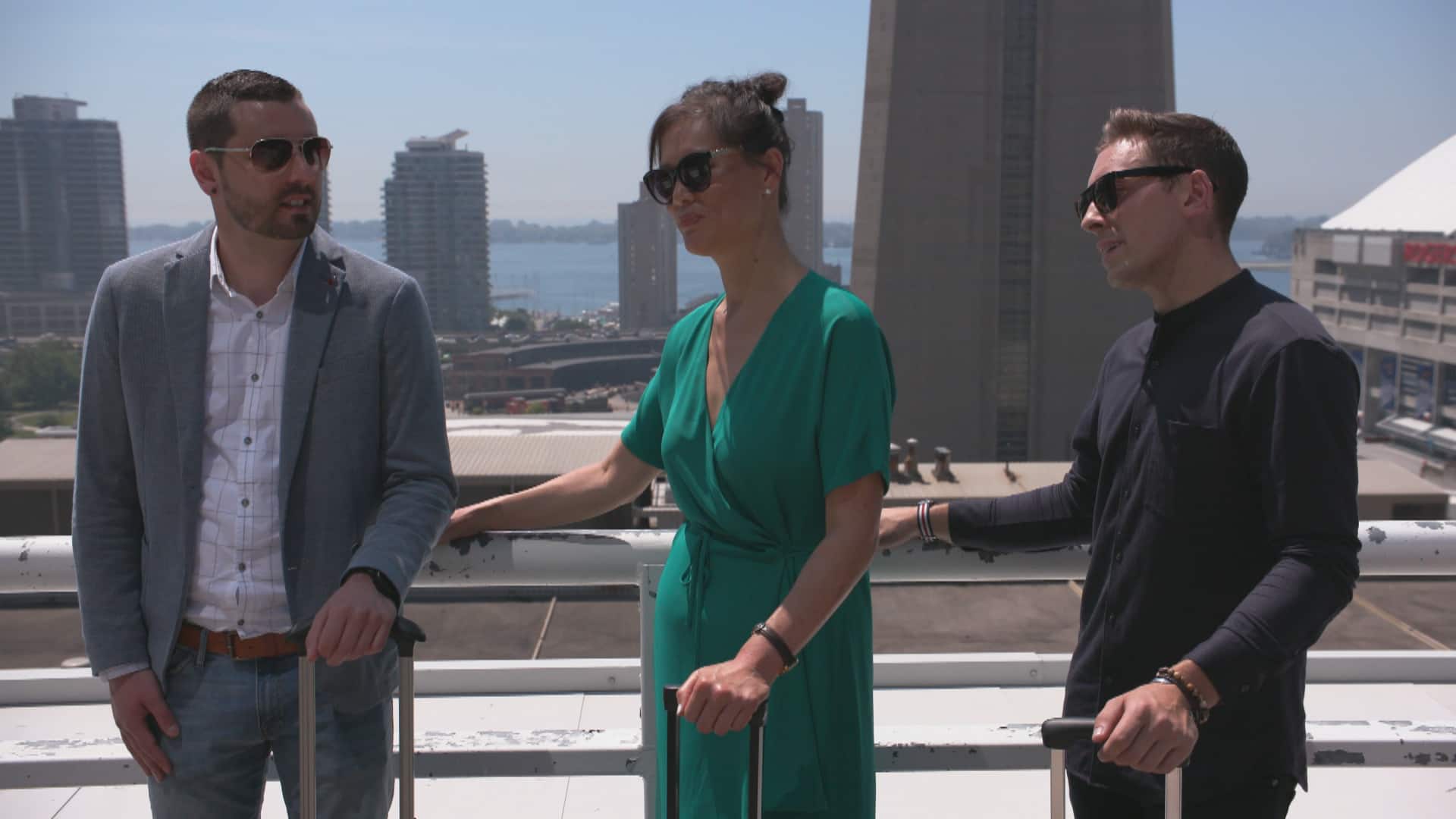 2 years ago
1:00
Three former flight attendants describe a few reasons to avoid the seat pocket on an airplane. 1:00

The reality, said Stéphane Poirier, who previously worked for WestJet, is that staff typically have less than 15 minutes to turn a plane around. "We had no time to wash the table or clean everything perfectly."

There's also no time between flights for staff to use cleansers or antibacterial spray, he said, noting cleaning solutions are often not allowed on board.

"We don't have rags, we don't have spray on board," said Poirier. "Lots of [cleaners] are a dangerous good … so it's either water from the aircraft, or a napkin."

Any cleaning that does happen, said Remus, is often totally superficial. "It definitely was not a huge priority. And when it was a priority, it wasn't necessarily for cleanliness, it was for an esthetic purpose."

The levels of staph and mould Marketplace found on tray tables is evidence that the surface hasn't been cleaned for some time, according to microbiologist and self-proclaimed "germ guy" Jason Tetro.

Travellers should pay particular attention to the tray-table result, he said, because it likely includes a kind of staph that may cause skin and soft-tissue infections, such as boils.

"If you're coming into contact with high levels of staphylococcus aureus, such as what you're seeing here, then you definitely are at a higher risk of having something go wrong," Tetro said.

Tetro suggests air passengers avoid putting their faces down on the tray table to sleep, and never placing food directly on the table surface before putting it in their mouths, as ingesting or inhaling staph can be especially harmful.

For Tetro, who works in infection control, the headrest results were the biggest surprise.

"I was shocked. Honestly, I have looked at planes, and I travel so much on planes, I'm aware of so many of the different places [where germs could be found]," he said. "But then I saw what you showed me with the headrest. And even I, the germ guy, went 'ew.'"

Hemolytic bacteria, mainly associated with strep throat, found on one headrest was especially concerning for Tetro, as was the presence of staph on that surface.

"It really is about ingestion or inhalation," said Tetro. "If you happen to have this on a headrest, and you're moving your head back and forth, then there's a very good likelihood that you could potentially be inhaling this or getting it into close enough contact that it could get into you."

Tetro added that it can also get into wounds. "If you have acne and you're touching your face all the time, you could get something called impetigo, you could get cystitis," he said.

And it's important to note that if staph and mould is found living on these surfaces, other microbes can live there too, he said.

"It tells you that there's not a sufficient amount of cleaning going on; yeast and mould are tougher to clean than bacteria," Tetro said.

Marketplace also tested the blankets offered to passengers from two of the carriers: Air Canada and WestJet. (Porter didn't offer a blanket.) The yeast, mould and high counts of bacteria on the WestJet blanket surprised Warriner.

"What was worrying was this was in a cellophane wrapper," he said. "It shouldn't have been used."

When Marketplace reached out to WestJet about these results, the airline said it was concerned by the findings.

"We are looking into this matter further, as all blankets sold on our flights are new (not previously used) and come sealed straight from the distributor," the company said in an email.

The only time a plane gets a proper cleaning is when it is not in service, according to the former airline employees.

All three airlines declined to be interviewed but did respond to emailed questions. Air Canada, WestJet and Porter all said they follow Canadian and international cabin-grooming rules.

In its response, Air Canada pointed to a study that it says proves hygiene on airlines is dirty, but no more dirty than any other public space. The study was funded in part by Boeing, the world's largest airplane manufacturer.

WestJet said it was concerned by the findings, but that staff do their best, given the fact that planes are public spaces. The company said its planes are cleaned daily, noting that aircraft are given a light groom after every flight, a full groom every 24 hours, a complete interior detail monthly, and an enhanced, hyper-focused groom every year.

Porter said the company is confident about its efforts to keep passengers and staff safe. Porter also said that when an aircraft is done flying for the day, teams clean the interior from nose to tail, as well as carry out an intensive cleaning every three weeks.

Tetro advises that airline passengers need to take cleanliness matters into their own hands. He suggests travellers wipe down the surfaces they're going to touch and always carry hand sanitizer with enough alcohol to actually kill germs.

"Fifteen seconds on your hands, 30 seconds on surfaces, and you're good to go," said Tetro.