Ben Samaroo was a dual citizen of the United Kingdom and Canada. But after decades of researching his family’s history, he decided to cut ties with the empire that had enslaved his family.

This First Person column is written by Ben Samaroo, who lives in Vancouver. For more information about CBC's First Person stories, please see the FAQ.

I stood outside the British Consulate office in Vancouver with my renunciation documents in hand and a sense of conviction. Thirty-five years as a British citizen were about to come to an end. But I needed to do this. I needed to sever the long and complicated ties of my family to the British Empire.

My parents met in London. They fell in love on dates at Hyde Park as they talked about their shared love of music. They witnessed music history together — Jimi Hendrix, Stevie Wonder, the Rolling Stones, Leonard Cohen, Santana and many more. Perhaps their fondest memory was Bob Marley's last concert in England on June 7, 1980. Marley came out for a solo encore with an acoustic guitar. He played a new song, which would later be released under the title, Redemption Song. When my parents reminisce about London, they often speak of this moment.

They started our family in London, and we moved to Canada in 1989 in pursuit of better education and opportunities.

Growing up, I didn't have a connection to my roots on either side of my family — not  through language, culture, religion, anything. My father, who was from Guyana and my mother, who was born in Kenya, always went against the grain. They strived to be Canadian and had little desire to maintain connection to their cultures. They left behind their pasts to allow for a new future for my siblings and me. Perhaps they felt if they distanced themselves from their cultures, they would more easily assimilate in England and Canada. And in turn, so would us kids.

We became Canadian citizens in 1994. I was seven and I remember the citizenship ceremony and sharing the details in school vividly, because my teachers and friends were confused. It seemed everyone else in Edmonton was already Canadian.

I embraced that confusion. Being a dual citizen of Canada and the United Kingdom was something I was proud of, because it made me different and unique. In school, we were taught that Canada was a young country, whereas countries like England had more history. So being a British citizen made me feel a part of something bigger. I felt so lucky.

As I got older, I felt a growing desire for freedom. This manifested in different ways and became more pronounced when I started working as a corporate lawyer. It was a job that made me feel accomplished but took away from the many freedoms in my life. I worked until my soul withered away, and then I kept working some more. Bringing me a bit closer to freedom — or so I thought.

It was during this period of my life that I started researching my family history. We had no official records and very little was known about my grandparents and nothing of previous generations. I needed to learn more. I would come home after working 14-hour days and stay up all night researching.

I spent the next 10 years digging deeper, which involved trips to England and Guyana and countless conversations with distant relatives and family friends. I searched far and wide to unearth the history of my ancestors.

I discovered some harsh truths during this time.

My paternal grandfather was born a slave. So were several generations prior.

My great-great-grandparents were taken by the British from a small village in India to Guyana under false pretenses, believing they were going to the land of opportunity on a six-hour boat ride. Six months later, they arrived in the Caribbean and effectively became slaves on a sugar plantation. They signed contracts for indentured servitude in a language they didn't speak, which bound them to slavery — even if the colonizers preferred to use watered-down terms.

Those ancestors in India were specifically targeted, because they were vulnerable following mass famines in the region that were orchestrated by 18th-century British trade policies with little thought toward the millions of people who died.

For some reason, during this research, I kept thinking about my grandfather. We never met, but I heard stories about him, his character and determination. I have one picture of him and a letter that he wrote in the last year of his life to my father — both of which I hold dearly. He passed in 1970, the same year that Guyana became a republic and gained independence from Britain.

My connection to Britain felt different from when I was younger. What used to make me feel proud now makes me feel angered, hurt and confused. Citizen or not, Britain will forever be a part of my history, and with it comes the complexity of oppression and colonization. And while this is my family's history, it's also not unique. The British Empire spanned across the globe and affected so many people while extracting trillions of dollars of wealth from its colonies.

When the Queen died and Charles was officially proclaimed King of the United Kingdom as well as Canada, I felt anger and frustration.

"On behalf of the Government of Canada, we affirm our loyalty to Canada's new King, His Majesty King Charles III…" said Prime Minister Justin Trudeau at the time in a statement. I wasn't sure if it was 1822 or 2022.

It felt like the passing of the Queen was a golden opportunity for Canada to re-evaluate its relationship with the monarchy and, at a minimum, acknowledge the impacts of colonization on millions of Canadians. But Canada completely ignored it. 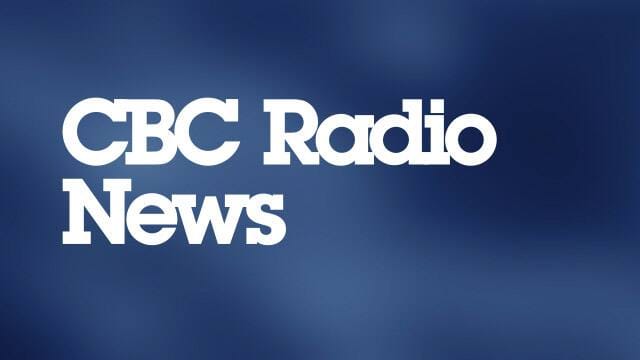 CBC Radio News4:05One man’s perspective on Canada’s relationship with the Crown
Ben Samaroo was a dual citizen of the United Kingdom and Canada. But after researching his family’s history, he decided to cut ties with the empire that had enslaved his family.

If not now, then when?

I decided I wasn't going to make the same mistake. While renouncing my British citizenship might seem symbolic, it's an important step for me and my ancestors. I have the choice to sever ties with Britain in that way — a choice that my grandfather and ancestors did not have.

This act is for me — and to show myself, my parents, my grandparents that we can choose differently. There is a freedom in that choice, and that's a step forward.

The actual renunciation happened without fanfare. I simply dropped off the documents with the receiving clerk. But as I left the British Consulate and stepped into the sunlight after ending my relationship with the colonial power that owned my ancestors, I felt a sense of pride and healing. And the words of a wise man ran through my head.

Old pirates, yes, they rob I

Sold I to the merchant ships

Minutes after they took I

From the bottomless pit

But my hand was made strong

By the hand of the Almighty

We forward in this generation

Ben Samaroo is an entrepreneur, author and activist located in Vancouver. He is the one of the youngest persons to ever serve as CEO of a company listed on the Toronto Stock Exchange and one of the few people of colour in the role.