How backpacking in the Rockies made me rethink having kids

As I gazed upon the majesty of Mount Robson, I wondered if my kids would even have the opportunity to view these shrinking glaciers due to the climate crisis, writes Hafsa Salihue.

This First Person column is written by Hafsa Salihue who is studying environmental management at Simon Fraser University. For more information about CBC's First Person stories, please see the FAQ.

If you've ever had the chance to backpack the Berg Lake Trail in Mount Robson Provincial Park, consider yourself immensely lucky. It's one of those iconic Canadian experiences with rugged mountains, alpine meadows, sweeping glaciers and cascading waterfalls.

As I was eating my well-earned dehydrated meal after a 20-kilometre hike with a glorious view of Berg, and Mist glaciers, I was hit by a sudden wave of sadness. I knew I wanted to come back here someday with my kids to show them these two glaciers, and the nearby Robson Glacier, but I also know the chances of that are slim.

I've always wanted kids. My partner and I even talked about potential names before we got married. But the ongoing climate change crisis is making me rethink my desire to have children.

As I left the trail, I wondered how different those glaciers would look the next time I visited and if my children would even be able to see them in their lifetimes.

Just five days later, the record-breaking heat dome in Western Canada caused the glaciers in the park to melt so rapidly that campgrounds and trails flooded, resulting in an emergency evacuation of hikers from the park. The impact was so severe that the Berg Lake trail was closed for the remainder of the year.

I turned 30 this year, I am grappling with the questions such as what kind of future will my children have on this overheating planet.

Apparently, I am not alone in asking these questions. A 2020 Morning Consult poll of American adults without children showed that one in four said that climate change has influenced their reproductive decisions. It's confusing because some climate scientists say it is still OK to have children if you're really driven or feel the urge to have them, because as stronger policies — such as those pledged at COP26 — force us to decarbonize, our children's emissions won't be as bad as ours.

That's why the release of the United Nations' IPCC Report and Emissions Report on the irreversible climate impacts in August was yet another crushing report.

The slow pace of decarbonization since the Paris Accords has me really worried, especially since our leaders agreed to the loftier Paris commitment to cap global warming at 1.5 degrees so as to "avoid catastrophic climate change." So far, they've failed to put us on track to keep that promise. Glaciers seem to be melting quicker than the glacial pace of collective action.

My partner and I are both concerned about climate change but we are now on opposite sides about whether we should even have a single child. It's next to impossible to talk about my fears with my parents, because in our South Asian culture, it is unacceptable for a couple to decide against having a child.

When I raised the idea with my parents, the response was, "FORGET ABOUT CLIMATE CHANGE, you need to have a child!" I've heard arguments like we need someone to take care of us and keep us company when we get older, which seem rather odd to me.

I get it. They just want some cute grandkids. I want them too, but I'm worried about their future.

At the end of the day, it comes down to personal choice. My partner and I haven't made a decision yet on if we should or should not have children.

Listen: Hafsa Salihue and her partner, Ryan Laing, are not on the same page about climate change and having kids. Here is a glimpse into their conversations. 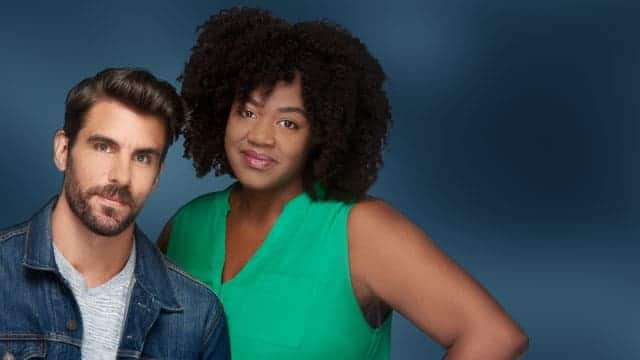 Now or Never9:01How a melting glacier changed one couple's view on having children
In June 2021, young couple Hafsa Salihue and Ryan Laing were on a backcountry hike in B.C. They had no idea that that hike would lead to tough questions about having a family during a climate crisis. 9:01

We have decided to wait at least until I am done with my Masters and get a job. Perhaps by then we will have a better idea of what global strategies will be in place to reduce emissions. In the meantime, we will continue to reduce our own carbon footprint and live our lives the best we can.

Do you have a strong opinion that could add insight, illuminate an issue in the news, or change how people think about an issue? We want to hear from you. Here's how to pitch to us.

Hafsa Salihue is a first-year Masters candidate at Simon Fraser University, studying planning in the School of Resource and Environmental Management. Her interests are related to food systems, community development and social planning, environmental sustainability, and public policy.