A theatre group from Finland, will soon make an epic journey to B.C. for a special performance of a musical about a Finnish socialist who founded a worker's paradise off northern Vancouver Island in 1901. 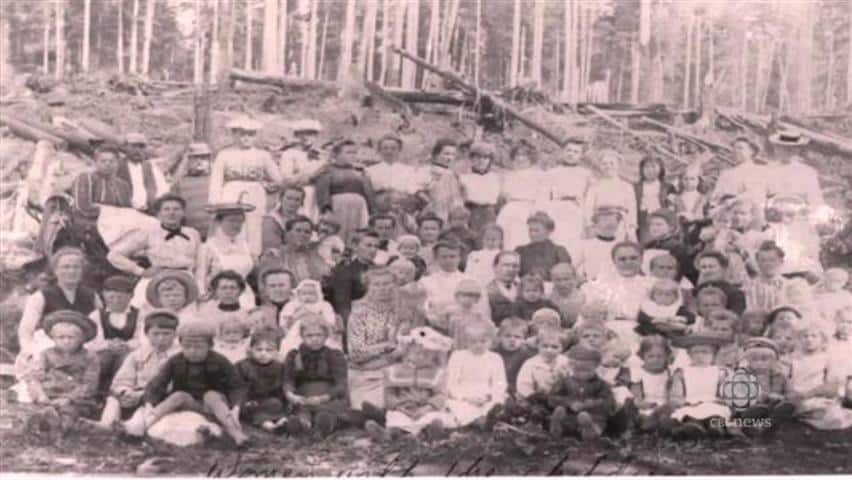 7 years ago
9:50
Duncan McCue examines the link between a Finnish cult leader with visions of Utopia and a tiny village on the tip of Vancouver Island. 9:50

In a tiny playhouse in a tiny village in Finland, a dozen young actors link arms to rehearse a stirring song – about how Finnish immigrants yearn to live on a remote island in British Columbia.

It’s a key scene in a historical play called Sointula, about a Finnish playwright who dreams of building a worker’s paradise half a world away.

This September, the theatre group from Masala, Finland, is making its own epic journey to Sointula, B.C., for a special performance of their musical.

"You don't get these kind of chances in real life," says Mika Kaartinen, the play’s producer. "You don’t travel to the furthest place in the world, in a small village, to perform a play about history and the story of their ancestors. But we got this chance."

Sointula, which means "place of harmony" in Finnish, is a small community of roughly 1,000 residents. A short ferry ride from northern Vancouver Island, it was founded in 1901 when a charismatic socialist named Matti Kurikka led a group of 200 Finnish miners to remote Malcolm Island, where they hoped to build their own socialist utopia.

Ahead of his time

Kurikka was, in many ways, ahead of his time. He believed women and men should share labour equally. Women on the commune got equal wages, the benefit of free daycare and had the right to vote.

What proved challenging to many of the traditional Finns was Kurikka’s determination to alter notions of marriage, by allowing men and women to engage in sexual activity with anyone they loved. Kurrika also insisted that the settlement have no police, no alcohol and no church.

"Kurikka wasn't very practical," says Sue Ness, chair of Sointula’s volunteer museum committee. "One of the reasons the commune didn’t survive was because he made some very poor business decisions. They were facing bankruptcy."

Kurikka and his staunchest supporters left Sointula in 1904, but the rest of the Finns remained. While making a living as farmers, fishermen and loggers, they stuck to the ideals of the colony, founding the first co-operative store in Western Canada as well as a public library and a large community hall that was home to free theatre, exercise classes and dances.

Many of Sointula’s current residents trace their ancestry back to the original settlers, and are proud of their Finnish heritage.

"I didn't speak any English until I went to school," says Sointula resident Loretta Rihtamo. "My generation pretty well spoke Finn at home, and the co-op meetings were all held in Finnish."

Back in Finland, the Masala theatre group was astonished to discover Sointula still exists.

Last summer, when the group launched its initial run of Sointula in Finland, Mika Kaartinen contacted the town's museum via email looking for historical photos of the original Finnish settlement. He was excited when Sointula residents asked if the group would consider performing the play in B.C.

"There's part of Finland in Sointula," says Kaartinen. "You can't go any farther away in the northern hemisphere, and you go there and find a small Finnish village."

Still, it is expensive to fly, drive and ferry 26 actors and crew from Finland to a remote town on B.C.’s west coast. After fundraising tirelessly all winter long, the Masala theatre group finally has enough for the plane tickets.

The Masala youth theatre group will perform Sointula in its namesake town on Sept. 21. The performance will take place in the recently refurbished Finnish Organization Hall, built in 1907, and is the entertainment highlight of a conference about utopian settlements in Canada and around the world.

Community members are volunteering to billet the entire cast and crew.

"We knew what it was going to cost to bring 26 people from Finland to Sointula. When they said, ‘We'll raise it ourselves,’ we were absolutely thrilled."