More than a dozen bison from Elk Island National Park will soon be on the move to northwestern Alberta. 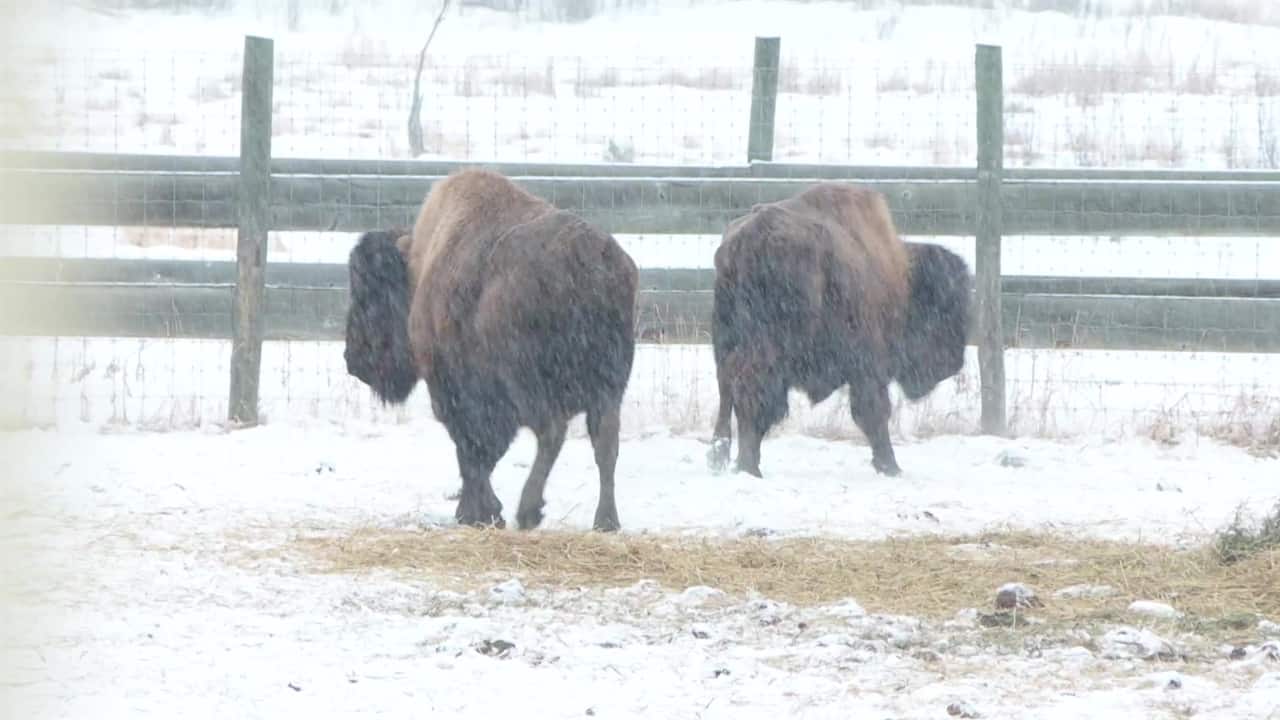 More than a dozen bison from Elk Island National Park will soon be on the move to northern Alberta.

Parks Canada is moving 14 wood bison from the park near Edmonton to Woodland Cree First Nation in the Peace River region within the next week.

Lawrence Lamouche, traditional lands manager for Woodland Cree First Nation, said bison traditionally lived in the region but haven't been seen there for more than a century.

The First Nation's goal is to establish the bison as a food source for the community, Lamouche said.

"The moose population has been in decline in our area, so to be able to bring the bison we'll be able to sustain our people for that food source," he said.

"And also, we want to be able to build up the herd because we want to keep our herd at a certain population and then when they do start increasing we can harvest them respectfully.

"We want to be able to create a healthy herd within our community and harvest them when we need."

Wood bison are a subspecies that are adapted to colder climates and once ranged across Alaska and Northwest Territories as well as northern B.C., Alberta and Saskatchewan. Compared to plains bison, wood bison are larger and taller with longer legs and darker fur.

According to Parks Canada, wood bison were once thought completely lost due to population and distance until a small isolated population was rediscovered in Wood Buffalo National Park in 1958. Some seven years later, 22 of those bison were sent to Elk Island. Today, most wood bison in Canada are descendants of the Elk Island herd.

Another group of bison will be transferred to Russia later this spring.

Elk Island park superintendent Dale Kirkland said it's good for the park to transfer some bison away from the park as the herd can grow up to 25 per cent per year.

"By removing some of the bison from the park we're hoping to support the overall health of the bison as well to reduce that grazing pressure on the grasslands here at the park," Kirkland said.

He said up to 3,000 bison have been moved from the park over the past 100 years to parks and conservation projects around the world, as well as Indigenous communities.

Lamouche said the community is excited to have bison back in the region.

"It's very important to us and very exciting at the same time and I can't wait to see them prancing all over the area there," he said.

With files from Min Dhariwal