A woman who witnessed the aftermath of a fatal bus crash in Jasper National Park on Saturday says it was "really scary" to see the large vehicle overturned.

Police say they can't yet confirm the cause of the rollover 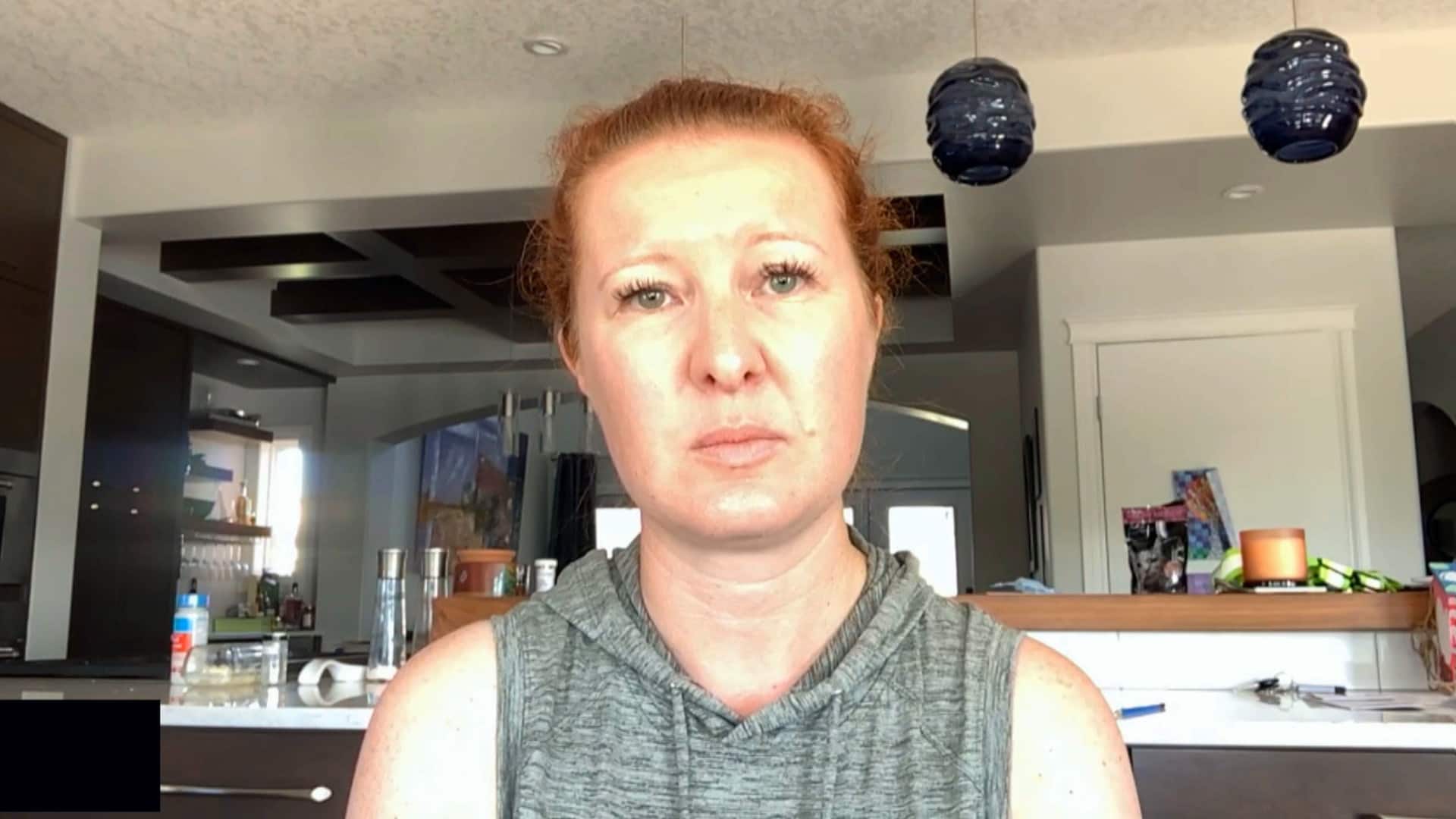 4 months agoVideo
5:32
Lauren Johnston was waiting for the next tour bus near the Columbia Icefield when she observed the scene of the fatal bus rollover through her camera. 5:32

A witness to a fatal bus crash in Jasper National Park says he was surprised anyone survived after the glacier sightseeing vehicle rolled four or five times.

Three people died and 24 others were injured — many of them critically — after the bus crashed near the Columbia Icefield in the Alberta park on Saturday afternoon.

Photos and video show the red-and-white bus flipped onto its roof on a rocky slope near the Athabasca Glacier, which is one of the toes of the Columbia Icefield about 100 kilometres south of Jasper. The bus belongs to tour operator Pursuit, which runs icefield tours and other attractions in the area.

Vanja Krtolica and his family were on an earlier bus tour and had already visited the glacier, he said in an interview on Sunday. Their bus was waiting for a later tour bus to descend a hill so that it could return to the visitor centre.

Krtolica said he suddenly heard gasps as people on his bus watched the oncoming bus gain speed, careening down the hill.

"That's when the bus hit the embankment sideways, flipped and probably rolled about four or five times, from what I could tell," he said.

"My gut feeling was that it was very, very bad," Krtolica said. "The initial impression of the accident was that I don't know if anybody made it out"

Jasper RCMP detachment commander Sgt. Rick Bidaisee said Sunday that he was unable to confirm the cause of the rollover.

"We are at the infancy stage of the investigation," Bidaisee said, adding that work was underway to try to remove the bus from the crash site so it can be examined.

"Safety is our paramount issue right now for all parties concerned in the recovery of the vehicle," he said. He said additional resources were called in to help with the removal, and asked the public to stay clear of the area so that there would be room to work. 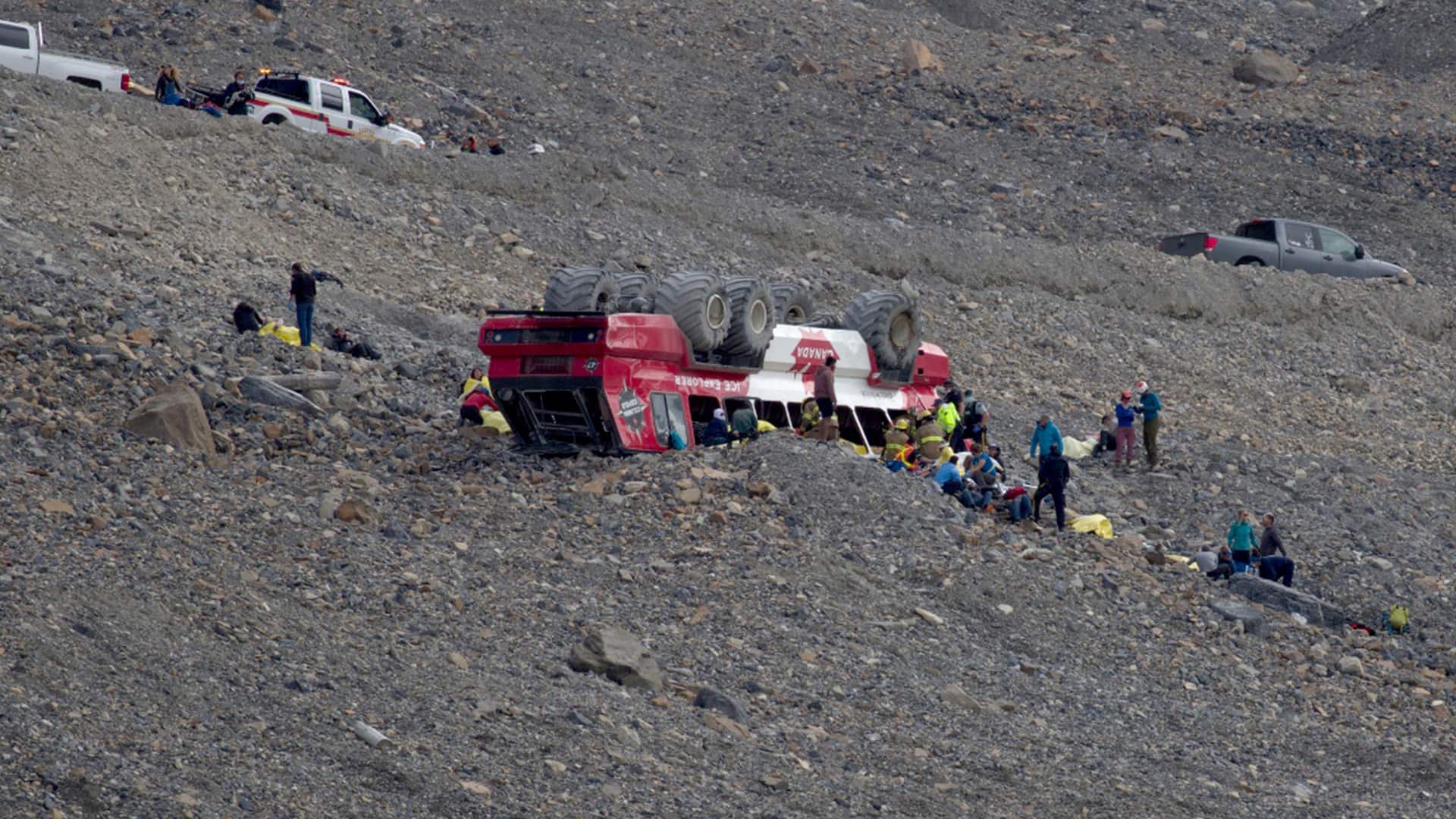 4 months agoVideo
3:26
Witnesses to a deadly bus crash in Jasper National Park describe horrific sights as the bus rolled down an embankment at the Columbia Icefield, with one saying he saw passengers ejected. Three people were killed and 24 were injured in the crash on Saturday. 3:26

David McKenna, president of Pursuit's Jasper and Banff Collection, said the company does not know the cause of the accident.

"It would be inappropriate for me to speculate," he told reporters.

He said the company has been on site supporting the RCMP's investigation since Saturday afternoon. He added that they have also started a safety review of their own.

"We started right away to review what happened, what is our process with our protocol at every step," he said.

"So we are doing that internally, but we are also doing that with external teams to make sure that that gets a fulsome review."

The company has also reached out to the families to offer "any support, any travel aid, that sort of thing," he said.

He also confirmed that the driver was injured but would not provide any more details.

The icefield tours and Pursuit's other tourist operations at the site have been halted.

In a statement Sunday afternoon, Alberta Health Services spokesperson Kerry Williamson said a total of 24 patients were treated at the scene and transported to hospitals in Calgary, Edmonton, Grande Prairie and Banff.

The response to the accident mobilized 28 ground and air ambulances, as well as helicopters from a number of communities.

"Due to the extremely difficult terrain and no road access to the crash site, some patients were triaged and treated near the bus before being airlifted from the scene to waiting ambulances at a nearby staging area," Williamson said. "The first ground ambulance arrived from Jasper at 3:17 p.m., and the last patient was transported from the scene at 8:43 p.m."

To prepare for the high number of incoming patients with serious and critical injuries, hospitals in Edmonton and Calgary were put on "Code Orange" alert.

Williamson said the response was a "co-ordinated effort," and thanked the various first responders and agencies that assisted.

Lauren Johnston witnessed the aftermath of the crash through her camera lens and watched as ambulances arrived at the scene to transport patients.

Johnston, of Calgary, was with her husband waiting in line for the 2:30 p.m. tour bus to arrive when staff suddenly informed the waiting guests that the tours were cancelled for the rest of the day.

In an interview with CBC News Network on Sunday, Johnston said they noticed a large plume of dust rising in the distance. When they first saw emergency vehicles arriving on the scene, she assumed someone had been injured.

Eventually, Johnston said, she decided to take out her long-lens camera to see what was happening, and that's when she saw the overturned bus in the distance.

"I was shocked. I was using my camera to actually zoom in on it, so I remember just 'oh my goodness' when I realized it was upside down," she said. "It was crazy."

Johnston said she and her husband had been offered tickets for the earlier time slot when the bus crashed and that it's "frightening" to think about what could have happened.

"We were fortunate," she said. "I wish the best for the folks who are trying to recover right now."

To those who lost a loved one in yesterday’s bus crash at the Columbia Icefields, know that we are here for you and are keeping you in our thoughts. We also wish a full recovery to those who were injured. And to the first responders, thank you for your quick action and hard work.

"To those who lost a loved one in yesterday's bus crash at the Columbia Icefield, know that we are here for you and are keeping you in our thoughts. We also wish a full recovery to those who were injured," Trudeau wrote. "And to the first responders, thank you for your quick action and hard work."

Pursuit reopened its icefield tours about a month ago with 50 per cent capacity after being closed due to the coronavirus pandemic.

Although the company has been operating since the 1960s, they deployed the current buses since the 1980s. However, McKenna assured that the buses have gone through several upgrades to keep up with the times since then.

"We have a very high level of maintenance and safety that's done not only in season but also over the winter months," he said. "We completely redo every vehicle."

He also clarified that the buses are designed specifically for the Icefields' conditions and are not designed to go faster than 40 km/h.

When full, McKenna said the buses can transport up to 56 passengers, both seated and standing. Of the 27 passengers on the bus when it flipped, police said three adults had died. Alberta Health Services said 14 people were in critical, life-threatening condition, four were in serious but stable condition and six were in stable condition.

Paige Parsons is an Edmonton-based reporter and web editor. She can be reached at paige.parsons@cbc.ca.