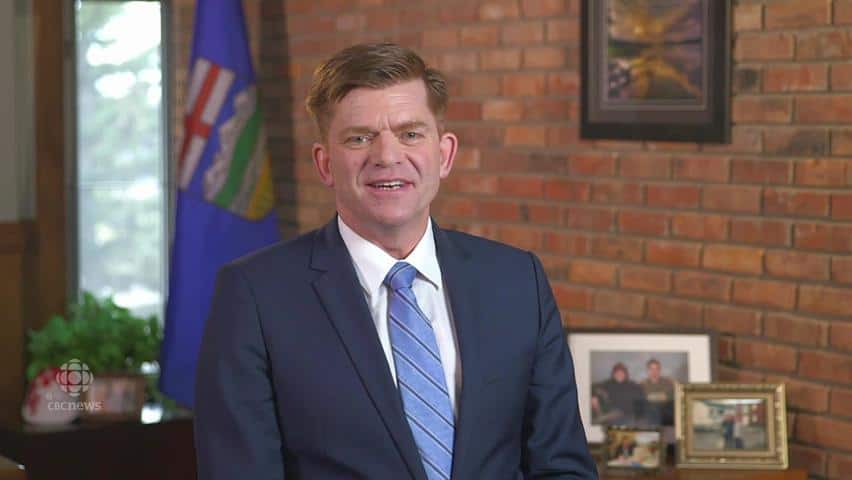 Brian Jean responds to premier in televised address to Albertans

The official Opposition leader chided the NDP government for overspending just two days before the spring budget will be tabled in the legislature.

Jean said his party would cut small business taxes and get rid of the province's tax on carbon.

The MLA from Fort McMurray warned that interest on the province's debt will soon be the government's largest expense, after health care, education and social services.

"After making sacrifices and proudly earning our status as a debt-free province a decade ago, in a few short years Albertans will faces $50 billion of debt," Jean said. "Large deficits have become the norm over the last decade, and it's just not sustainable."

Jean used his TV time to reply to Premier Rachel Notley, who made a 15-minute televised address last week to speak directly to Albertans about what they can expect in the months ahead.

Deputy premier Sarah Hoffman said Jean's plan sounds like a return to the cuts made by former PC premier Ralph Klein in the 1990s.

"We need to move forward in a way that puts essential public services like health care and education as the top priority. We're not going to make a bad situation worse by laying off tons of front-line workers."