Wildfire rages in Fort McMurray as evacuees settle in Edmonton

Firefighters are up against high temperatures and strong winds during another day of battling a raging wildfire that has led to the evacuation of Fort McMurray, Alta., while some evacuees are trying to come to grips with the possibility of losing everything.

'Bawling my eyes out': Resident, among tens of thousands fleeing homes, fears 40 years of memories are gone 5 years agoVideo
1:20
Daybreak reveals the extent of the wildfire damage 1:20

Fire officials battling a raging wildfire in Fort McMurray, Alta., are braced for another hot, dry and windy day, warning that the situation could be as bad or worse than the day before, when whole neighbourhoods burned down and the entire city was evacuated.

With strong winds likely to fuel the fire, thousands of residents have fled the city and up to 20,000 evacuees are expected to arrive in Edmonton.

Neighbourhoods affected as of 4 a.m. MT:

One of them is Tamara Wolfe, whose home is in the Beacon Hill neighbourhood, one of the hardest-hit areas.

It took her family eight hours to reach the safety of an evacuation camp Tuesday night. By morning, they were headed for Edmonton.

Wolfe is certain her home on Beacon Hill Drive is gone. It was near a Super 8 Motel that burned down, and a Shell gas station that exploded.

"I'm in a state of shock," she said Wednesday. "At one point I couldn't cry if I wanted to. And the next minute, I'm bawling my eyes out.

"I had 40 years of stuff in that house, and family memories, that's the hardest part. Things are replaceable, but not everything is replaceable." 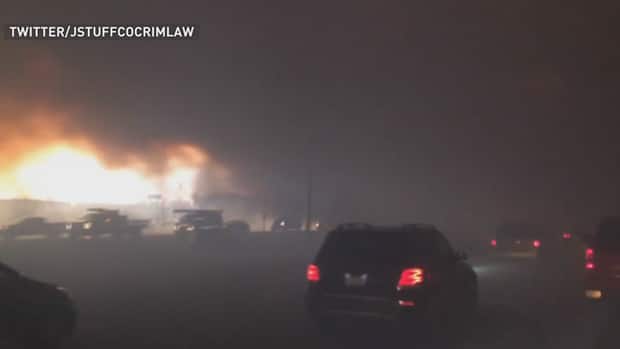 While Wolfe was on the highway, in Fort McMurray, regional fire Chief Darby Allen said Wednesday that the situation could be even more devastating. He said crews are worried about the wind, especially if it changes direction during the day.

Allen said the focus Tuesday was to get residents out of the community to keep them safe. On Wednesday, efforts will be focused on fighting the blaze and protecting critical infrastructure, including the bridge that spans the Athabasca River and links the two sides of the city.

Late Tuesday, provincial and fire officials reported that homes in several residential neighbourhoods in the oilsands capital have been lost to fire.

They also warned that Wednesday would not necessarily be any easier.

"The worst of the fire is not over," said Bernie Schmitte, manager of Alberta Agriculture and Forestry. "We're still faced with very high temperatures, low relative humidity and some strong winds."

Robin Smith, press secretary for the Regional Municipality of Wood Buffalo, said no buildings were on fire as of about 6 a.m. Smith said the focus for fire crews is to ensure no one is hurt and to prevent damage to critical infrastructure, with a focus on protecting the neighbourhoods of Timberlea and Thickwood.

On Tuesday night, officials estimated that a total of 53,000 people had been forced to leave the city. But it is difficult to track firm numbers: Census data lists the city's population at near 80,000, but some of those people may only live there part-time.

Canada's Defence Minister Harjit Sajjan, speaking at a conference in Germany, said Alberta made an official request for assistance Tuesday night, and the Department of National Defence would make all assets available.

It was reported earlier that the federal department may offer airlift and other transportation support for firefighting, as well as logistical help.

Fort McMurray's only hospital, the Northern Lights Regional Health Centre, was evacuated Tuesday as flames approached from the Waterways neighbourhood.

A temperature inversion mid-Tuesday morning appeared to shift the tenor of the blaze from one that appeared to be largely in control, to what the fire chief called a "nasty, ugly" inferno.

By 6:30 p.m. Tuesday, the entire city was under a mandatory evacuation order in the largest wildfire evacuation in Alberta's history, far surpassing the Slave Lake fire that made international headlines five years ago.

Highway 63 heading south was clogged with vehicles by mid-afternoon. A tidal wave of pickups, cars, and trucks moved slowly south, sometimes with thick, swirling clouds overhead and flames licking the shrubs and trees adjacent to the highway. 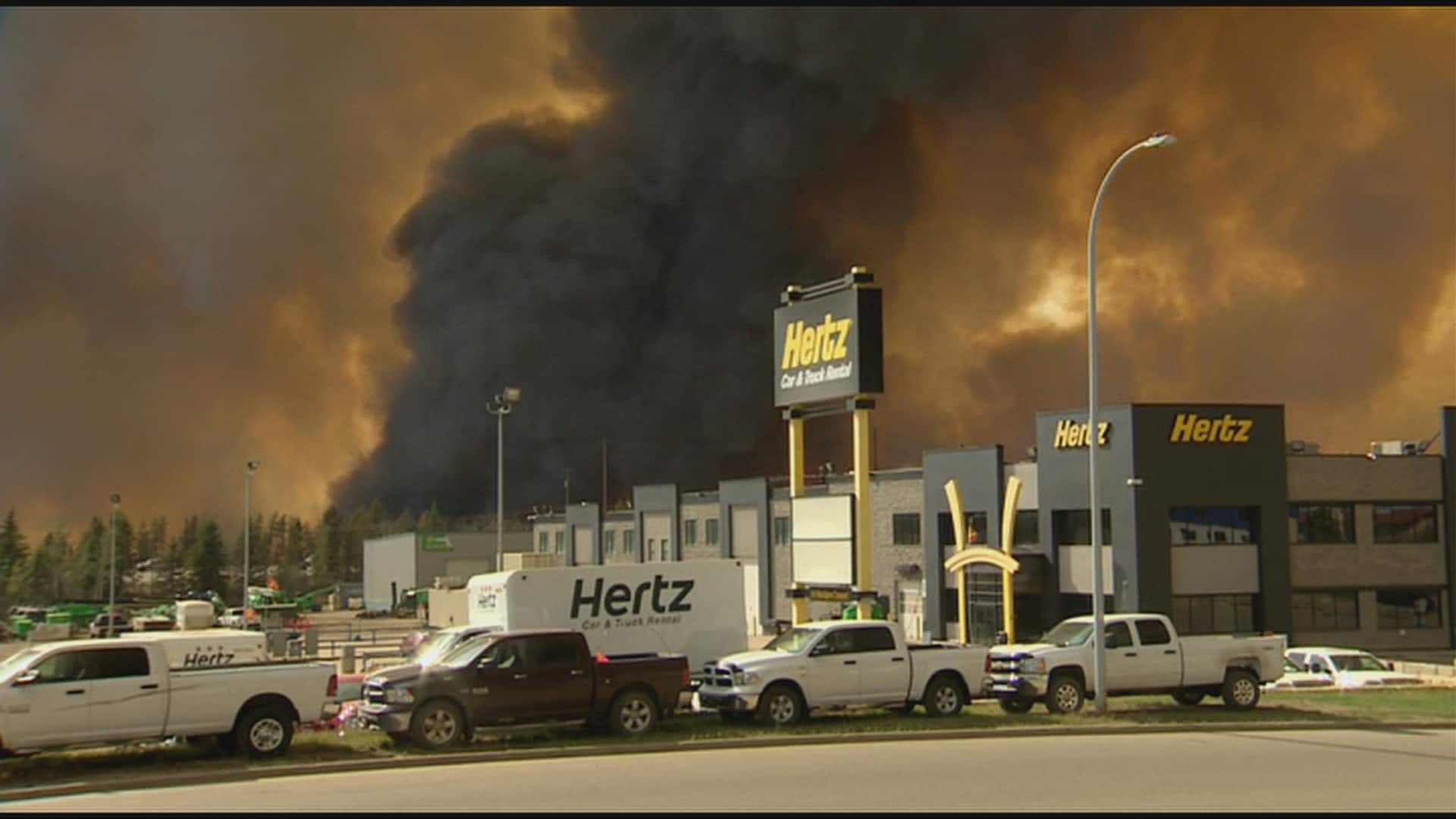 "It was horrible," said Amanda Statno, who arrived in Edmonton around 10 p.m. Tuesday.

"I'm from Toronto. So it's similar to driving in Toronto on the [Highway] 401 at six o'clock — except you're surrounded by flames, and you can't really see anything, and you don't want to roll down your window because you can't breathe."

Statno was at work in Fort McMurray earlier in the day when she looked out the window and saw flames coming up over a hill.

Her neighbourhood was one of the last to be formally evacuated, she said, but she decided to leave town sooner. After arriving in Edmonton, she called three hotels until she found one that wasn't full — and it was more expensive than she expected.

"We were kind of at the point where we just took it because where else are we going to go?" she said.

Statno was among the 20,000 people expected to arrive in Edmonton from Fort McMurray. Most of them are expected to stay with friends and family, but the City of Edmonton was to open a temporary reception centre at Northlands just after midnight Wednesday.

Many motorists fleeing the city were left stranded on the highway overnight. Alberta Transportation is escorting a fuel tanker to assist motorists.

The masses travelling out of the city left Fort McMurray with no gas as of Tuesday night.

"There's no more fuel in Fort McMurray and it's being drained as we go south," said Schmitte.

Other people heading southbound set up in Anzac and Lac La Biche. But when Highway 63 was closed for several hours on Tuesday evening, another stream of those forced from their homes headed north to find temporary lodging at oilsands camps in the area.

"Realistically, we are seeing camps fill up. The camps closer to town have been filled," said Robin Smith, spokesman for the Regional Municipality of Wood Buffalo. "People are pushing on toward Syncrude [further north]."

By the end of the night, several oilsands operations north of Fort McMurray and the Fort McKay First Nation, about 65 kilometres north, had opened spaces to people who have been forced out of their homes. Still, many had not found a bed to sleep in by late Tuesday night.