A man is dead after a fire broke out the basement of a west Edmonton home Thursday morning.

Fire crews responded to the fire around 4 a.m. Thursday 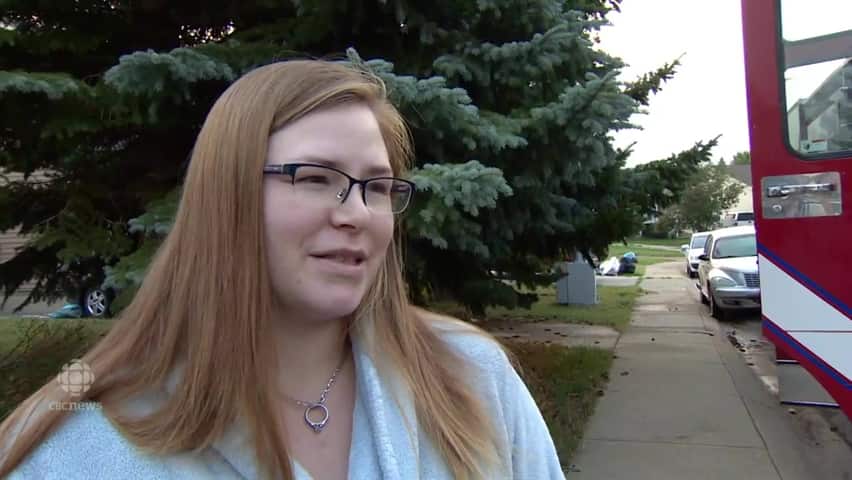 A man neighbours described as a loner who kept to himself died early Thursday after a fire broke out in the basement of his west-Edmonton home.

Edmonton Fire Rescue Services crews were called to the home at 18410 96A Ave. in the La Perle neighbourhood at about 4 a.m.

By the time firefighters arrived, smoke could be seen billowing from the home.

A man in his late 30s was rescued from the basement.

Jenna Bartman, who lives three doors down the block, said she was awakened by the sirens and walked outside to watch the rescue.

She said the rescue crew performed CPR on the man on the front lawn, then put him on a stretcher and loaded him into an ambulance.

"[The ambulance was] here parked for at least half an hour, with him in it," she said. "So he didn't make it."

Bartman said the man had lived alone in the home since his parents died a few years ago.

"I've lived here almost four years and I've never even seen him," she said. "He really kept to himself."

"There was a crack beside the front door, about three or four feet away from the front door, where we could see the flame had actually burned through the inner wall to the outer wall," Bell said in an interview.

"Fire crews went in, went into the basement area and upon finding the fire, they also found a single male who was unconscious at the time. He was brought out, CPR was started and he was handed off to EMS."

The fire was under control by 5 a.m. It was fully extinguished an hour later.

Edmonton police are assisting in the investigation, but there is currently no reason to suspect the fire was suspicious, said Bell. Emergency crews remained on the scene Thursday morning, dousing hot spots and assessing the damage.

"I really can't say at this point what started the fire," he said. "The fire was basically contained to the basement. The main floor is all smoked up but the fire had, at some point, choked itself out due to a lack of oxygen.

"There is extensive damage. It's basically considered uninhabitable at this time."

Officials had little information about the victim, who was the sole occupant of the house, and the only person in the home at the time of the fire.

"He's lived here for a long time but he lived here by himself and that's basically all we know about the gentleman at this time," Bell said.