Albertans struggling with the confinement of COVID-19 restrictions can ease their cabin fever with some time in the sunshine.

Albertans struggling with the confinement of COVID-19 restrictions have recently been able to ease their cabin fever with some time in the sunshine.

The latest forecast for Alberta is decidedly balmy, with clear skies and unseasonably warm temperatures.

In Edmonton, temperatures this week are expected to hover around 4 C. In Calgary, afternoon highs should reach 6 C.

The forecast is "not quite" record breaking but is unusual, said David Phillips, a senior climatologist with Environment Canada.

Average temperatures in Edmonton this time of year are generally around -12 C.

This is just the latest warm spell in what has proven to be a "softer" winter than average, he said.

"There have been no days below -30 C, none, and normally you'd have five of those suckers by this time," Phillips said.

"You've had 35 centimetres of snow. You normally would have 55, so it's not as if you've been inconvenienced or brutalized by the weather."

'Much less brutal than we thought'

Phillips said January is generally the coldest month and this winter was expected to be particularly brutal due to La Niña, a complex weather pattern that generally leads to cold and snowy winters.

"It's been clearly much less brutal than we thought. We were thinking it was going to be the layered-up look with balaclavas and booster cables."

Phillips described the mild weather as a "pandemic gift." 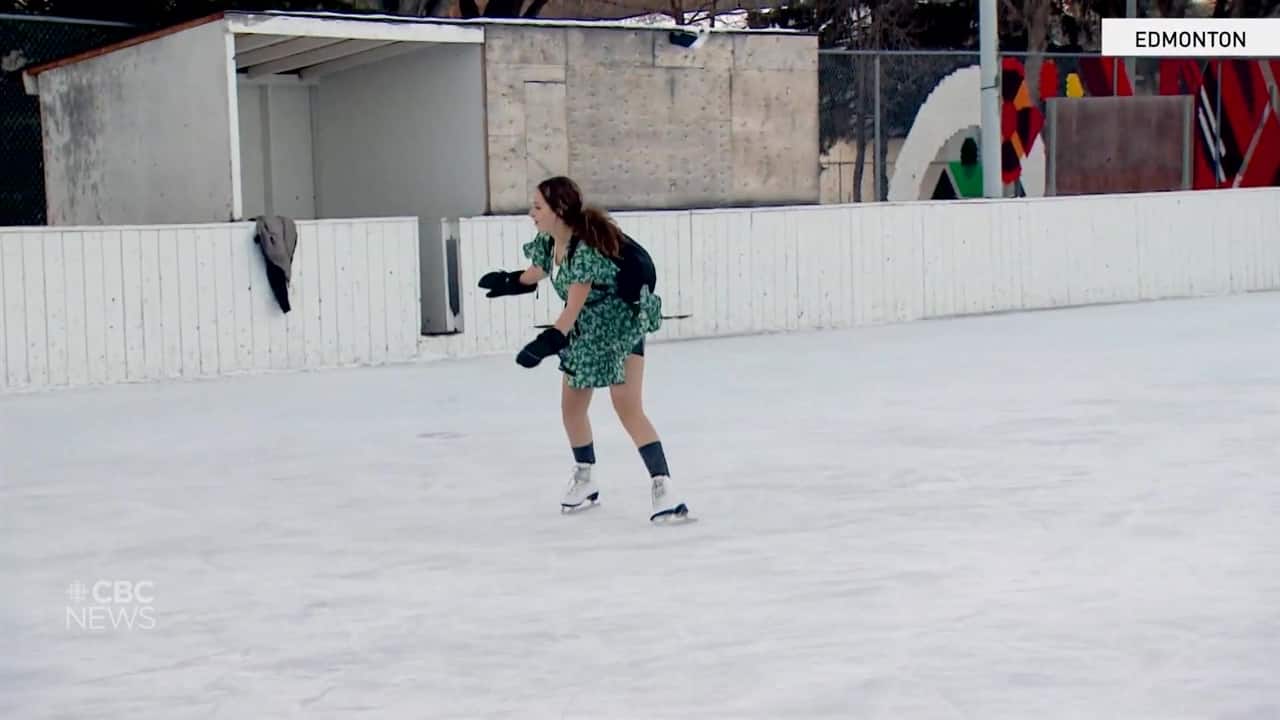 4 days agoVideo
1:45
Climatologist David Phillips says Edmonton has had a mild winter with above average temperatures through most of the season. But cooler temperatures could be on the way. 1:45

Hibernation can be hard at the best of times. The social isolation and travel restrictions brought on by COVID-19 make any bad weather even harder to bear, he said.

Last fall, he said, Albertans were bracing for a particularly cruel winter. October was bitterly cold and did not bode well for the season ahead.

"People were thinking, 'Oh, my gosh, winter's arrived before Halloween and it's going to be here until Easter. It's almost like nature was hearing you, hearing all those groans and that misery."

Phillips said a polar vortex is expected to bring colder temperatures to the region by the end of the month.

"We can't write the obituary on winter-like weather quite yet," he said. "The polar vortex is up there in the North Pole, spinning around like a top. And now we see that it's weakened and weakened [and that] is not good, because it breaks out of its little fence and moves southward. "

Even so, Albertans have survived half the season and have so far been spared the worst of what winter can bring.

"If you're not a big fan of winter, you can celebrate because we're reaching what we call the dead of winter in Edmonton.

"This is the halfway point where we can actually say, statistically at least, there's more winter behind you than ahead of you."