People are digging out skis collecting dust in the garage, while first timers and families are snapping up lesson spaces, says head coach Ulf Kleppe.

'We thought ... numbers are going to dwindle, but the exact opposite happened. It was an explosion'

Ulf Kleppe glides up a freshly groomed track in Gold Bar Park, a river valley park he describes as a "gem."

"Probably one of the few cities in Canada that I can think of that has ski trails right in the middle of the city," says the head coach of Edmonton Nordic Ski Club.

Born in Norway, Kleppe moved to Canada in the 1960s and for the last decade has been in charge of training for the club.

"When the pandemic hit we thought, 'Oh, that's going to be it for our sport, numbers are going to dwindle,' but the exact opposite happened. It was an explosion."

Skiers are flocking to the club's 12 kilometres of interconnected trails in Gold Bar, Goldstick and Capilano Parks in east Edmonton. 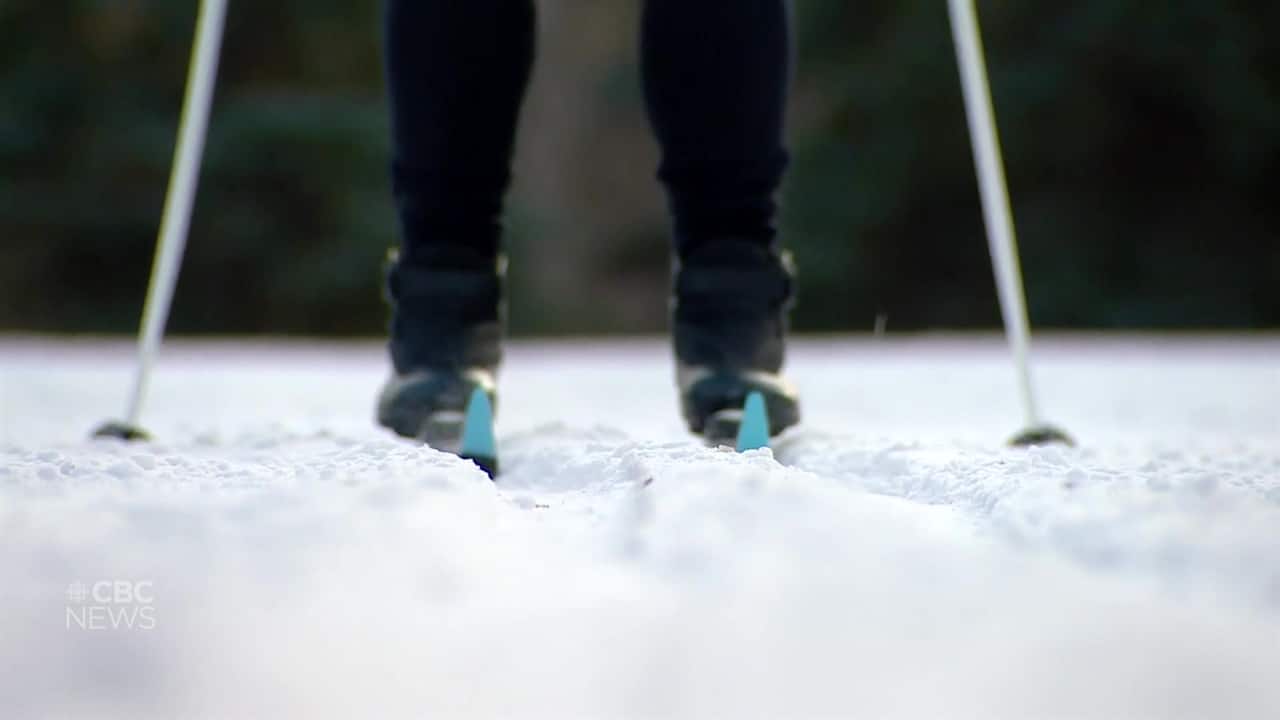 'The growth has just been incredible'

1 month ago
2:07
Glide along with the growing number of Edmonton Nordic Ski Club members in Gold Bar Park. 2:07

You can see more from Gold Bar Park on Our Edmonton on Saturday at 10 a.m., Sunday at noon and 11 a.m. Monday on CBC TV and CBC GEM.

People are digging out skis collecting dust in the garage, while first timers and families are snapping up lesson spaces, Kleppe says.

"When there are so many other pressures, due to the pandemic, it's a release, you're able to do something," he says.

"It's not uncommon to see an older skier zoom by you with exceptional technique and say, 'Keep at it, good job, keep going.' It's really a sport all can enjoy."

The club, established in 1978, has always had a grassroots feel to it, Rickett says, but the pandemic has been an extra boost.

Lead trail groomer Dave Storey, who's been maintaining the trails for 14 years, marvels at the number of users.

"The growth has just been incredible. Normally I have a window that I can groom and I don't run into people throughout the day. That's almost impossible now," Storey said.

He points to the full parking lot near the club's base at the Gold Bar Park Pavilion at 10955 50th St.

"We've got more skiers, walkers, snowshoers, people on bikes, people with cameras out enjoying nature. All in all the numbers have grown. There's lots of space but there's lots more activity down here."