U of A researcher pitches mineral carbonation as solution to climate change to U.S. policy makers | CBC News Loaded
Edmonton

U of A researcher pitches mineral carbonation as solution to climate change to U.S. policy makers

In December, Sasha Wilson sat in front of U.S. policy-makers to lend her expertise in the battle against climate change by suggesting it's possible to remove gigatonnes of carbon from the atmosphere and turning it into rock.

'It's something we know works and serves as a permanent store of carbon dioxide,' says Sasha Wilson

In December, Sasha Wilson sat in front of U.S. policy-makers to lend her expertise in the battle against climate change by suggesting it's possible to remove gigatonnes of carbon from the atmosphere and turning it into rock.

Scientists have warned that all countries must reach net zero carbon emissions by 2050 or sooner to avoid the worst consequences of climate change. The Canadian government pledged to do so as part of the 2015 Paris Agreement.

Wilson, a biogeochemist and an associate professor in the Faculty of Science, is studying how mineral carbonation can suck carbon dioxide, a heat-trapping gas, from the atmosphere.

Wilson and her colleagues with the American non-profit Energy Futures Initiative recommended the United States scale up research and development of mineral carbonation by setting up a large network of test sites. 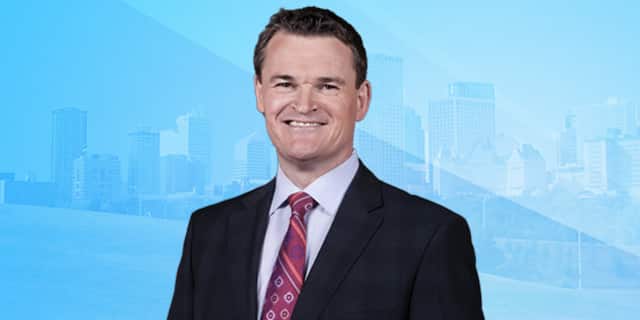 Edmonton AM6:19How 'mineral carbonation' could reduce atmospheric CO2
It may not be the "silver bullet" to solve the issue of climate change, but a U. of A. researcher says "mineral carbonation" could be an important tool to reduce CO2 in our atmosphere. 6:19

Mineral carbonation is a natural process where carbon dioxide reacts with minerals to form harmless carbonates.

As carbon dioxide dissolves in rain water, the water becomes acidic and dissolves rock on the earth's surface releasing magnesium and calcium into lakes, rivers and oceans.

While scientists have understood the process for a long time, they are now looking at using it to pull out large quantities of carbon from the atmosphere, Wilson said.

"It's something we know works and serves as a permanent store of carbon dioxide," she said.

There are two methods of pulling carbon from the atmosphere, one is above ground where pulverized rock, mining waste, captures atmospheric carbon dioxide. The second involves injecting carbon gathered from the air or industrial waste beneath the earth's surface.

Underground injection is mentioned in Episode 1 of Netflix docuseries Down to Earth which Zac Efron filmed at the Hellisheidi Geothermal Plant in Iceland. The episode shows how excess carbon is diluted in water and then piped deep into the ground where it fuses with the volcanic rock and solidifies.

Wilson says there is potential to scale up mineral carbonation to a billion tonnes a year by the end of the century, but it would require all of the waste streams of carbon dioxide and mineral wastes that Canada produces.

"There are benefits to doing it, for instance improved soil fertilization, and we can use some of the products we make, but we need to make sure we make balanced decisions about land use," she said.