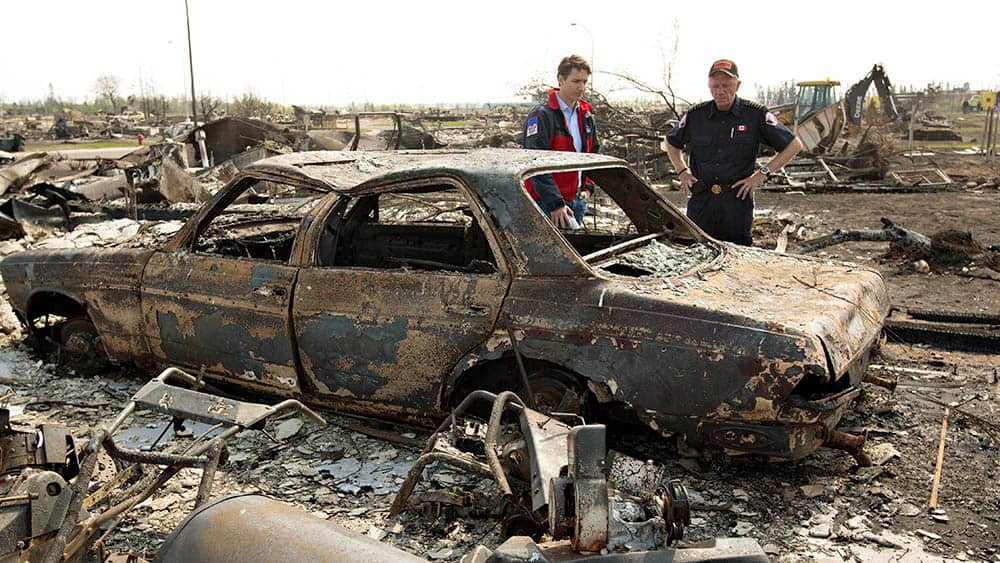 The fire, which has come to be known as "the beast," destroyed 2,400 homes and businesses, and displaced upward of 94,000 people.

Trudeau used a news conference in Edmonton Friday afternoon to confirm laid-off workers in Edmonton, southern Saskatchewan and the southern interior of B.C. will qualify for extended employment insurance benefits in July.

The benefits were extended in the March budget to regions badly hit by the economic downturn. Edmonton was left out, even though the rest of Alberta qualified. Trudeau said new job numbers showed three more regions qualified.

Earlier Friday morning, Trudeau arrived in Edmonton and shook hands with Wood Buffalo Fire Chief Darby Allen, who led the fight against the fire, before heading to Fort McMurray.

"I heard there were situations and peculiarities in this fire that give us pause for reflection on how we move forward," Trudeau told Allen.

"I'm very, very interested in not just what we manage to do to get through this one, but what we can do around minimizing the impacts of the next one, because it will come."

Over Fort Mac today. We owe our gratitude to the firefighters who worked so hard to preserve and protect the city. <a href="https://t.co/melJmMInmq">pic.twitter.com/melJmMInmq</a>

Allen said having the prime minister visit will be a morale boost.

"Right now the residents aren't there, but there are hundreds and hundreds of emergency workers. I think they'll get a lift from that.

"We've been working hard for the last two or three days on this re-entry plan [for residents]. We've got a few challenges around that."

The flight took Trudeau over a patchwork of devastated neighbourhoods where some homes still stand, while others had burned to their foundations.

The forest surrounding the airport, trees looking like little more than used match sticks, is charred right up to the tarmac and the ground has been left blackened.

Melissa Blake, mayor of the Regional Municipality of Wood Buffalo, said it was critical for Trudeau to tour the burned neighbourhoods.

"I'm personally very appreciative that he's coming in to survey it firsthand, because once you see it, you know just how daunting the work will be, but how important it is to make it back to what it was before."

After his aerial tour, Trudeau spoke to 150 first responders outside the emergency operations centre in Fort McMurray.

Trudeau said that despite having seen updates and images on TV, the scale and scope of what happened didn't hit him until today.

"I don't think Canadians yet understand what happened," he said. "They know there was a fire. They're beginning to hear the wonderful news that so much of the town was saved." 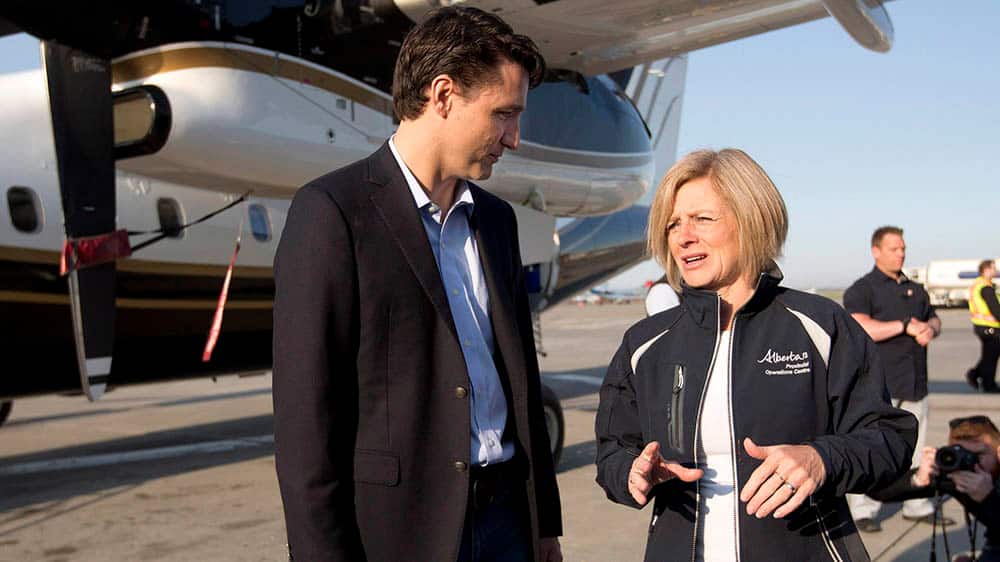 But, he said, people don't yet understand that saving the town was not due to rain, a shift in the wind or luck.

"It is a reflection not just of your extraordinary capacities and training, but of your courage and your will.

"The incredibly long days, the backbreaking and sometimes heartbreaking work that you were doing, the extraordinary presence you had that reassured everyone watching, including the prime minister, that everything was being done here was just amazing." 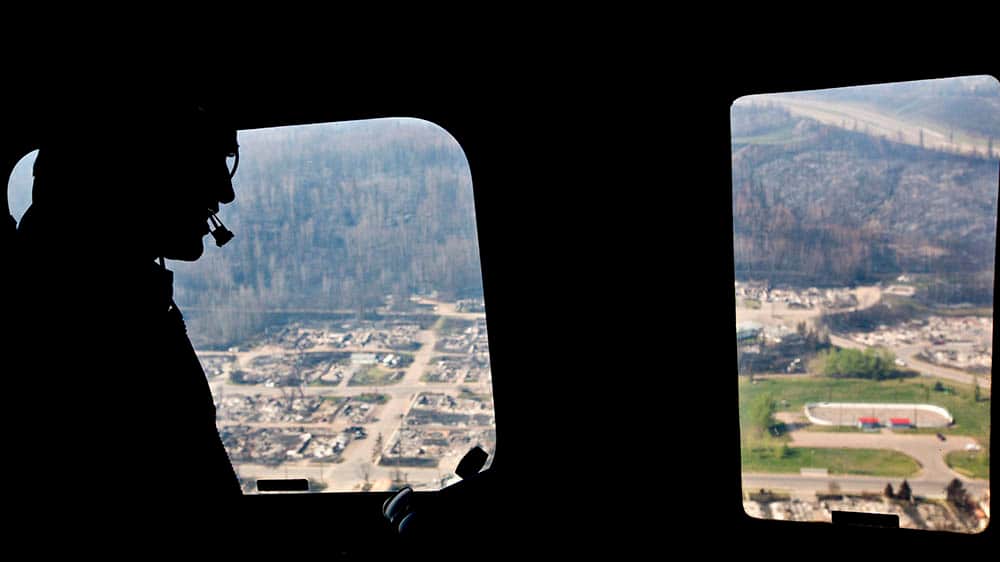 Justin Trudeau gets helicopter tour of the Fort McMurray devastation

Trudeau acknowledged what Fort McMurray has contributed to the growth of Canada's economy.

The evacuees, now spread across the province and the country, are waiting for word on when they can return home, likely weeks from now.

After the tour, Trudeau travelled to Edmonton for the news conference with Premier Rachel Notley. He then visited the evacuation centre at Edmonton Northlands to meet evacuees.

"At least he saw the damage," she said. "It's good that he came to see and see what he can do to help us."

Many are looking to the federal government for money needed to rebuild the community. But Trudeau made no announcements about money for the rebuild during his news conference with Notley.

This week, Trudeau created a special cabinet committee to co-ordinate the federal government's contributions to the recovery and rebuilding efforts in northern Alberta.

Trudeau met with some of the first responders who fought ferociously to save the downtown as the fire raged through neighbourhoods.

The fire itself, which is currently 2,400 square kilometres in size, has moved away from the city and is expected to burn in forested areas for many more weeks.