Travis Vader's defence lawyer says he'll file a notice of appeal of his client's murder convictions on Friday morning, citing the trial judge's reliance on a section of the Criminal Code that has been declared unconstitutional.

Travis Vader's defence lawyer says he will file a notice of appeal of his client's murder convictions on Friday morning, citing the trial judge's reliance on a section of the Criminal Code that has been declared unconstitutional.

Brian Beresh said he wants the Vader case to reach the Alberta Court of Appeal as soon as possible.

"After we reviewed the decision, we found a major error where [Thomas] relied upon a section of the Criminal Code that was declared unconstitutional a number of decades ago," Beresh told CBC News. "As a result, we intend to take immediate action on Mr. Vader's behalf."

Beresh was referring to Section 230 of the Criminal Code, which was struck down in 1990 by the Supreme Court of Canada. 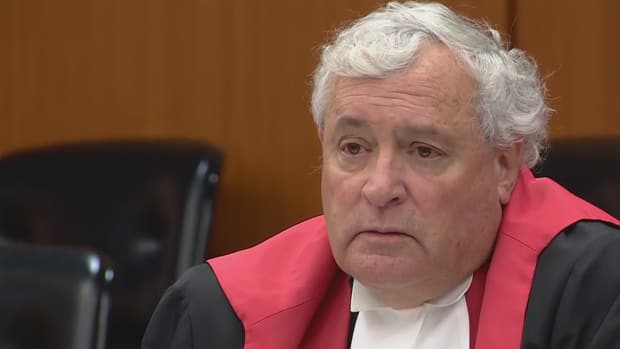 Two legal experts at the University of Alberta also said the judge made an egregious mistake in citing Section 230, and that it could render Vader's second-degree murder convictions invalid.

"This is very, very surprising, I think even a shocking mistake, that it would happen in any case, let alone in a case of this kind of profile," said law professor Steven Penney.

Vader was convicted of second-degree murder Thursday in the deaths of St. Albert seniors Lyle and Marie McCann, who disappeared in July 2010. Their bodies were never discovered but the judge found they were the victims of a robbery by Vader, who was broke and desperate at the time. 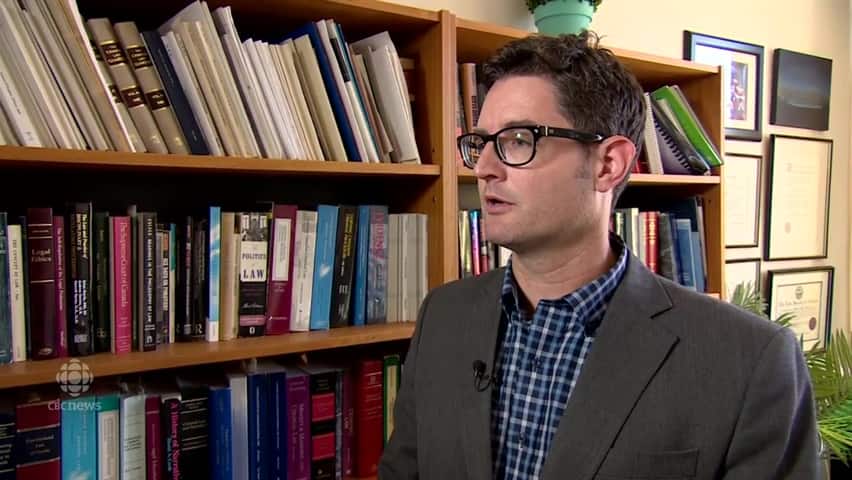 4 years agoVideo
1:42
Stephen Penney gives a detailed explanation of Section 230 of the Criminal Code and how it was used in the Travis Vader second-degree murder convictions. 1:42

"It appeared that the judge relied … on a provision of the Criminal Code that was struck down by the Supreme Court of Canada 26 years ago," said Penney.

Section 230 allows for a murder verdict if a wrongful death occurs during the commission of another crime, such as robbery. But that section was found unconstitutional in 1990 by the Supreme Court.

The revised definition of murder states the killings must be intended to be murder, which the Crown was unable to prove in the Vader case, the legal experts say.

"I'm pretty confident that the ruling can't stand," said Peter Sankoff, who also teaches law at the University of Alberta and specializes in legal issues around the criminal trial process. "When [Thomas] relies on Section 230 to convict, he can't do that. Section 230 doesn't exist."

"The Supreme Court's been very clear," said Sankoff. "You must have an intention to cause death to be guilty of murder. There's no finding that Vader ever intended to cause death."

The country's top court found that Section 230 violates Section 7 of the charter, which protects the right to liberty. It ruled that an accused can't be found guilty of murder and be subjected to the harsh consequences of that conviction if there is no proof an accused was aware a victim would die.

Although Section 230 has not been in force for 26 years, it has never been repealed and remains in the Criminal Code. Sankoff suggested that Thomas simply erred in citing Section 230.

"It's very easy to get things wrong, because, you know, you forget. [The section] is sitting there."

Sankoff said the error gives the defence strong grounds for an appeal.

"If they bring an appeal on this, I think it's slam dunk," he said.

Section 230 has been wrongly cited in trials before, Sankoff said, but only in instructions to a jury. He said he's not aware of it being used before in a judgment.

What happens next is unclear. The case could end up in the Alberta Court of Appeal. Sankoff said there is also a provision where the Crown and defence lawyers could ask the judge to reconsider his decision , a highly technical legal process that could take months.