A company called TransEd Partners has been chosen to design, build, operate, maintain and finance stage one of Edmonton’s Valley Line LRT, the city announced Wednesday. 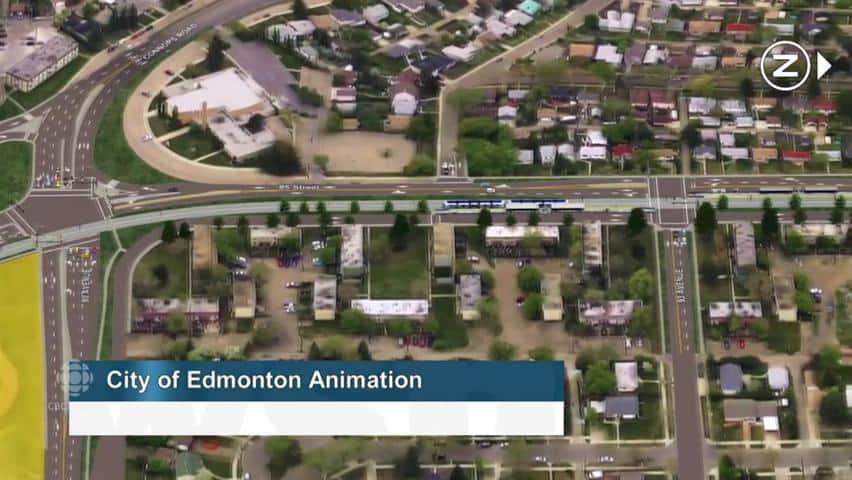 5 years agoVideo
0:52
The 13-kilometre LRT line to connect Mill Woods with downtown will be built as a public-private partnership by a group called TransEd Partners. 0:52

A consortium called TransEd Partners has been chosen to design, build, operate, maintain and finance stage one of Edmonton's Valley Line LRT, the city announced Wednesday.

The 13-kilometre LRT line to connect Mill Woods with downtown will be built as a public-private partnership (P3), which the city said transfers to the private sector significant risks for budget, schedule or performance delays, as well as ongoing maintenance and operations.

TransEd is a partnership of companies that includes Fengate Capital Management, Bechtel, Ellis-Don, and Bombardier. Other key team members include Transdev, ARUP, and IBI Group.

The group was chosen following an 18-month procurement process that accepted proposals from three international teams.

Teams were evaluated on their experience in the design and construction of LRT systems as well as operation, maintenance and finance, the city said in a statement.

"We feel confident that TransEd Partners shares Edmonton's vision for its future, and is the right partner to bring this vision to life," said acting city manager Linda Cochrane. "The procurement process on this project has been very robust and the final deal is one that offers strong value for taxpayers."

The project will be the first P3 and the largest infrastructure project in the city's history.

The contract for the $1.8-billion project is expected to be finalized by February 2016, with construction to begin shortly afterwards. Funding for the project will come from:

Cochrane said one benefit of the P3 model for the Valley Line is the private partner takes on the risk.

That's not the case for the beleaguered Metro Line, which is still not running at full capacity. The city blames the delay on Thales, the company responsible for the line's signalling system.

Cochrane said comparing the two is unfair. She said the Valley Line is not likely to experience the same problems because it will operate above ground, and will not require the use of traffic arms and signals.

The first phase of the Valley Line will include 11 street-level stops and the Davies Station, in the Wagner industrial area, with a 1,400-space park-and-ride lot. Passengers will be able to access the Metro and Capital LRT lines by transferring at Churchill Square.

She said TransEd will be responsible for any delays.

"If they cannot deliver in any way, shape or form they don't get paid," she said.

The consortium will also be subject to heavy penalties if the line does not run as expected.

Because of the private nature of the deal, many of the detailed agreements between the city and TransEd will not be made public, but Cochran said the city will be as transparent as possible.

If negotiations are finalized as scheduled, construction will begin in the spring. The line is expected to open for service in December 2020.