The Alberta government rejected a request from the child and youth advocate to restore funding he says he needs to investigate the deaths of children in provincial care. 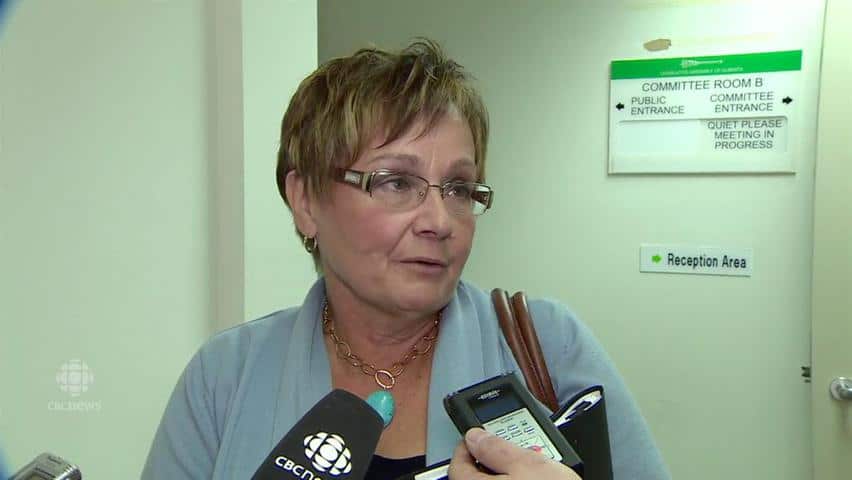 6 years agoVideo
2:54
Bonnyville-Cold Lake MLA Genia Leskiw describes why she pushed for the Auditor General to get more money while cutting from the Office of the Child and Youth Advocate. 2:54

The Alberta government rejected a request from the province's child and youth advocate to restore funding he says he needs to investigate the deaths of children in provincial care.

Del Graff appeared in person in front of a legislature committee Tuesday morning to plead that $275,000 be restored to his budget.

The money was cut as part of efforts by the province to deal with the drop in oil prices that has left a $7 billion hole in the Alberta budget.

At the same meeting, the committee voted to return $546,000 to the auditor general, who audits government departments and agencies.

Afterwards, Progressive Conservative MLA Genia Leskiw was asked by reporters why there is money available for the Auditor General but not the child and youth advocate.

"With the watchdog, they save government money," she said. "They find efficiencies and they keep the various government agencies accountable for their spending."

She said she doesn't believe the advocate's office "sharpened their pencils as sharp as they could have."

He pointed out that the legislature recently told the advocate to expand its mandate.

In a statement emailed to CBC News, Graff did not directly respond to Leskiw's comments.

"What we really need to focus on now is doing the best job we can to manage within the resources that have been approved by the Committee," he wrote.