March 13, 1998: Oilers to stay in Edmonton after deal struck

Edmonton was literally hours away from losing its professional hockey team, and along with it, much of the city's livelihood.

Offer from local buyers prevented team from relocation to Texas 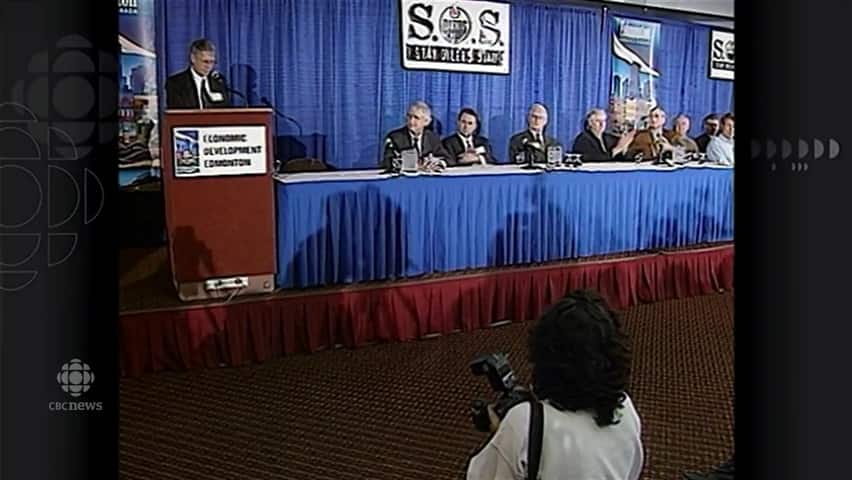 From the archives: Local bid saved Oilers from moving to Texas

4 years ago
1:29
On March 13, 1998, a bid by the Edmonton Investors Group was submitted to purchase the Edmonton Oilers, matching an offer by Texas millionaire Les Alexander. 1:29

March 13, 1998: Edmonton was literally hours away from losing its professional hockey team, and along with it, much of the city's livelihood.

But with nine hours left before a deadline which would have moved the team out of Edmonton, a group, headed by Cal Nichols and 37 other entrepreneurs, made an offer to buy the Oilers and keep them in the city.

A $5 million deposit was the first hurdle the Edmonton Investors Group had to jump — but they weren't out of the woods yet. The group still needed approvals from the Alberta Treasury Branch and the NHL.

But that first step prevented the city from losing the team to Texas.

"This is going to be a great day for Edmonton," said Cal Nichols, spokesperson for the Edmonton Investors Group.

The Oilers were under the threat of moving to Houston because of a bid by Houston-based Les Alexander.

The "Stay Oilers Stay" campaign was loud and visible throughout the negotiations since owner Peter Pocklington announced he was selling the Oilers in June 1997.

Once the Edmonton Investors Group was granted approval from the league, the Oilers stayed.

EIG continued to own the Edmonton Oilers until Daryl Katz bought the team a decade later.

In the video, the urgency and tension of the situation is described by CBC's Terry Reith as the deadline to keep the Oilers in Edmonton fast approached.