The pilot project, being launched by the largest private alcohol retailer in Canada in partnership with Edmonton police, is to combat "the epidemic of liquor store robberies that has plagued the city."

With liquor store thefts on the rise, an Edmonton-based liquor retailer will test a new security program in which customers must scan their ID before they can enter the premises.

The pilot project, being launched by Alcanna — the largest private alcohol retailer in Canada — in partnership with Edmonton police, will see an ID scanner installed at an Ace Liquor store at 11708 34th St. in northeast Edmonton.

"In 2019, EPS officers responded to almost 9,600 calls of theft of liquor — about 26 calls per day across the city," Const. Robin Wilson said in the release.

Edmonton police Chief Dale McFee told CBC News last month that liquor thefts are a huge problem for police, and investigators have found that some of the thefts are gang-related.

"It's not just people taking advantage of something that is easy, it's somebody preying on people as well," he said.

"Ultimately, the way we are right now and the amount of officer time and different things that are going on in this space, it's not working. So it's time to try a few things."

The scan system, from company Patronscan, requires customers to scan identification before the door unlocks and allows entry into the store.

Bars and nightclubs in Edmonton have been using personal identification scanners for years.

The provincial government announced Monday it has established a working group, chaired by MLA Brad Rutherford, to examine the recent spike in crimes targeting liquor stores.

"This is an important crime and safety issue that requires thoughtful action," said Rutherford, who was a member of the Edmonton Police Service for 10 years.

The group will weigh a broad range of actions to deter liquor store thefts, including security features for stores, enforcement strategies, legal measures and deterrence measures, as well as steps taken in other jurisdictions.

The growing number of liquor store thefts is placing a "tremendous" strain on police resources, Wilson said. She welcomed the pilot project and commended Alcanna for "taking proactive steps to increase the safety of both their employees and the general public" through the implementation of ID scanning.

An Edmonton liquor store is piloting a new program where customers have to scan their ID before they can enter.<br><br>What do you think? <a href="https://twitter.com/hashtag/yeg?src=hash&amp;ref_src=twsrc%5Etfw">#yeg</a>

A CBC reporter asked some Edmontonians about the scanning pilot Monday in Churchill Square downtown.

Tim Campbell said he thought customers might have issues with the idea but businesses might see benefits.

"Some people, I could see them being opposed to having their information scanned as they go in, they might see that as a privacy issue," Campbell said. "However, if we're protecting the small businesses to mitigate theft, I think that's a good idea."

"Everyone has a right to anonymity while shopping and while they go about their daily business," Erickson said.

A privacy expert also voiced concerns about consumers' rights. Scanning IDs presumes that everyone is potentially violent or a thief, said Sharon Polsky, president of the Privacy and Access Council of Canada.

"What sort of a society have we become where everybody meekly accepts a demand for papers please, before any transaction can happen, before you're allowed in a commercial store?" Polsky said in an interview with CBC News.

"The public relations nightmare that could create could be problematic," Polsky said. 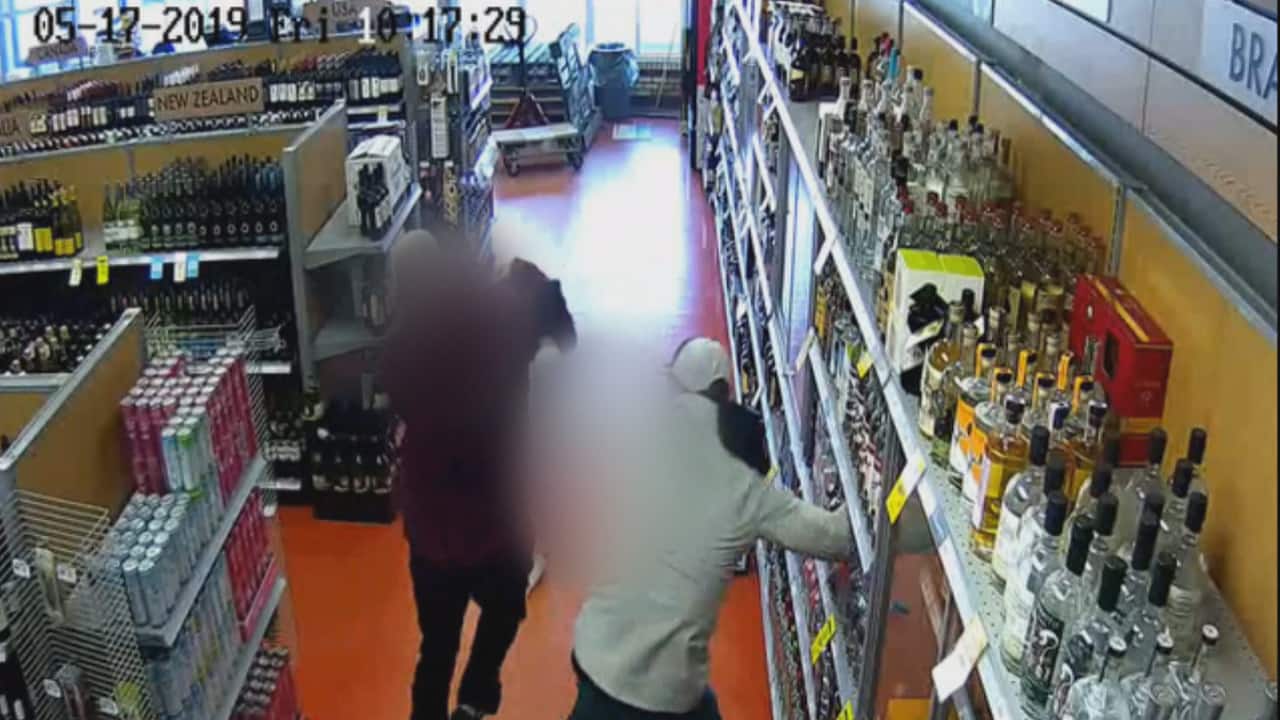 1 year agoVideo
1:45
With liquor store thefts on the rise, an Edmonton-based liquor retailer will test a new security program in which customers must scan their ID before they can enter the premises.  1:45

'This is not shoplifting'

In addition to Ace Liquor, Alcanna also owns the Liquor Depot, Wine and Beyond and Nova Cannabis brands.

"Just as was done with pre-pay and pay at the pump for gas stations, we are hoping Patronscan creates a safer shopping experience," Joe Cook, Alcanna's vice-president for loss prevention, said in the news release.

"This is not shoplifting," he said. "It is robbery with real or threatened violence."

Along with the safety issues, Cook said the robberies are costing millions of dollars, "as well as fuelling the drug trade and organized crime gangs."

Customer ID information will not be kept in the devices but stored in Patronscan's data centre with restricted access, the release said.

Scott Sibbald, a spokesperson for the Office of the Information and Privacy Commissioner, said liquor stores in Alberta are subject to the Personal Information Protection Act and must comply with rules governing the collection, use, disclosure and protection of personal information.

The ID scanning pilot "certainly raises questions" about the security of personal information," Sibbald said in a statement to CBC.

"We intend to follow up to learn more about this program. Anyone who believes their personal information has been improperly collected, used or disclosed can make a complaint to our office for further investigation."