Canadian Volunteers United in Action is an Edmonton-based non-profit who expanded their efforts to provide meals to Edmontonians with a food truck they recently started operating in October.

As part of our Make the Season Kind campaign, CBC Edmonton is highlighting the work our community has done to help others in 2020.

As winter sets in and the weather grows colder, a local charity is working to improve food security in Edmonton by offering meals to up to 700 people per week.

Canadian Volunteers United in Action (CANAVUA), an Edmonton-based non-profit, expanded its efforts to provide meals to Edmontonians in October with the use of food truck.

Twice per week, volunteers provide meals to walk-ups and make deliveries around the city. Already, volunteers reach 300 to 350 people per day — primarily from Edmonton's Afro-Canadian, Indigenous and newcomer communities.

"Doing this with passion, this is the spirit of Canada," CANAVUA executive director Dicky Dikamba told CBC's Edmonton AM on Tuesday.

"In Canada, people like to give time to other people or for their community.

"We have this program helping those people to give some time to others." 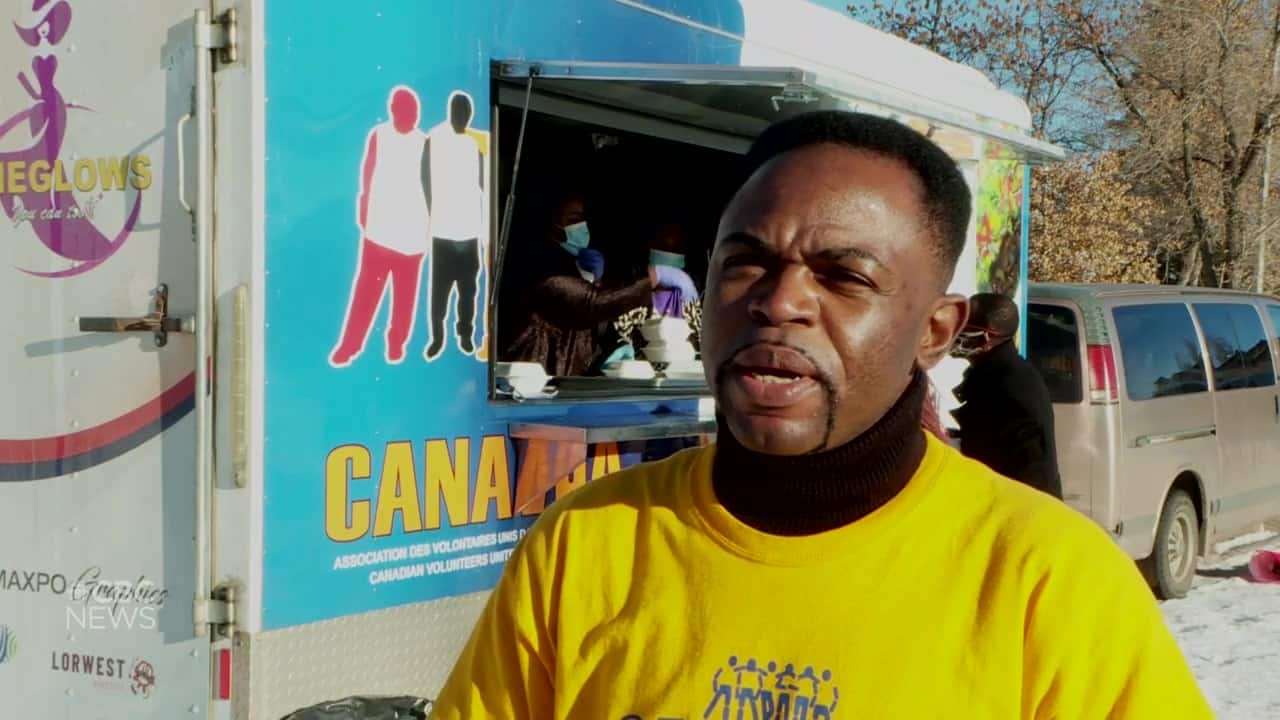 Dikamba said the food truck is open from noon to 4:30 or 5 p.m. every Wednesday and Friday. The food comes from donations. The menu changes weekly.

CANAVUA was created in 2009 to promote volunteerism in Alberta, especially within the francophone community.

For nearly a decade it has offered a French-language branch of Edmonton's Food Bank, located at La Cité Francophone.

The food truck allows them to provide meals weekly to people registered for their food bank, rather than relying solely on monthly food hampers.

Fifteen to 20 volunteers work with the food truck. Some volunteers have received help in the past from similar supports, Dikamba said.

Volunteer Richard Breton said he used to use drugs and live on the street.

"Now, I'm doing very well, so it's just a way to give back," Breton said. "I've been giving back money-wise, but physically it's my first time to [volunteer], give back and be part of helping people."

Looking ahead to 2021, Dikamba said he hopes to find more volunteers and more donations from individuals and corporations in order to keep the truck operating more days next summer.

With files from Min Dhariwal