Alberta Premier Rachel Notley says she rejects comments made this week by Conservative Leader Stephen Harper that her government is a disaster. 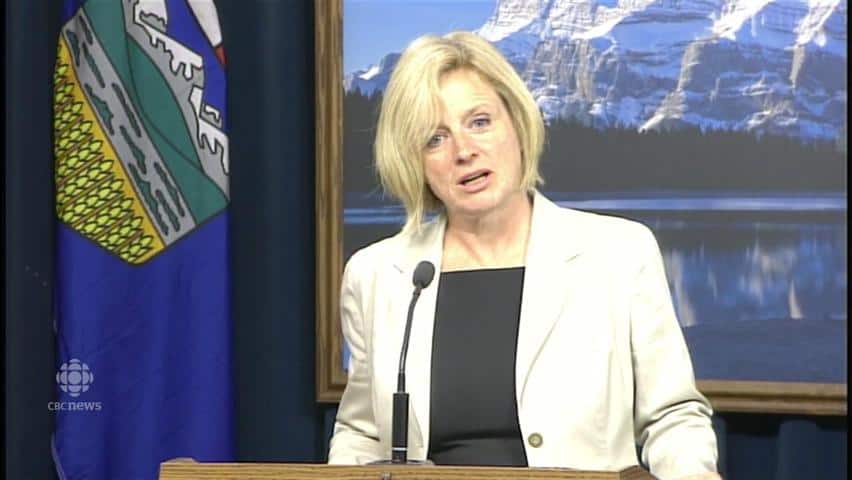 Alberta Premier Rachel Notley says she rejects comments made this week by Conservative Leader Stephen Harper, who called her NDP government "a disaster."

At a news conference in Edmonton on Thursday, Notley, who wryly called Harper "a candidate in the current federal election" fired back at him, calling it "unusual' for a prime minister to fight with premiers during an election.

"For the record, I completely reject the Conservative campaign's comments about the decisions of the people of Alberta that they made last spring," Notley said.

"Whether their federal cousins like it or not, the people of Alberta decided they had enough of the Conservative government in this province."

Mulcair, she said, "is a good guy" whom she likes very much. But the demands of her job as premier will keep her busy.

"I believe that in focusing on that, I have to do what I can to maintain co-operative and collaborative relationships with my colleagues, federally, in order to be productive," she said.

"And no matter who wins the next election, I will work as amicably and as co-operatively with them as they will allow."

Notley also called a provincial byelection in Calgary-Foothills for Sept. 3. The seat was vacated on the night of the provincial election when Jim Prentice stepped down as Progressive Conservative leader and MLA when his party lost to the NDP.