Spread out, or else: Packed parks, paths could prompt City of Edmonton to restrict access

From curfews to closures, city councillor says ‘everything is on the table’

Bike paths, parks and ravines in central Edmonton were busy this weekend, with many families, runners and dog walkers sharing the same narrow trails.

"If we don't get hold of this thing and fast, more drastic distancing orders could come down," Mayor Don Iveson warned in a tweet on Sunday.

The city's task force has been analyzing local COVID-19 issues like this one since declaring a state of local emergency on Friday.

"Everything is on the table," Paquette said Monday in an interview with CBC's Radio Active.

"The next step, of course, is more strict control, maybe curfews, maybe even closures, but we don't want to go there if we don't have to." 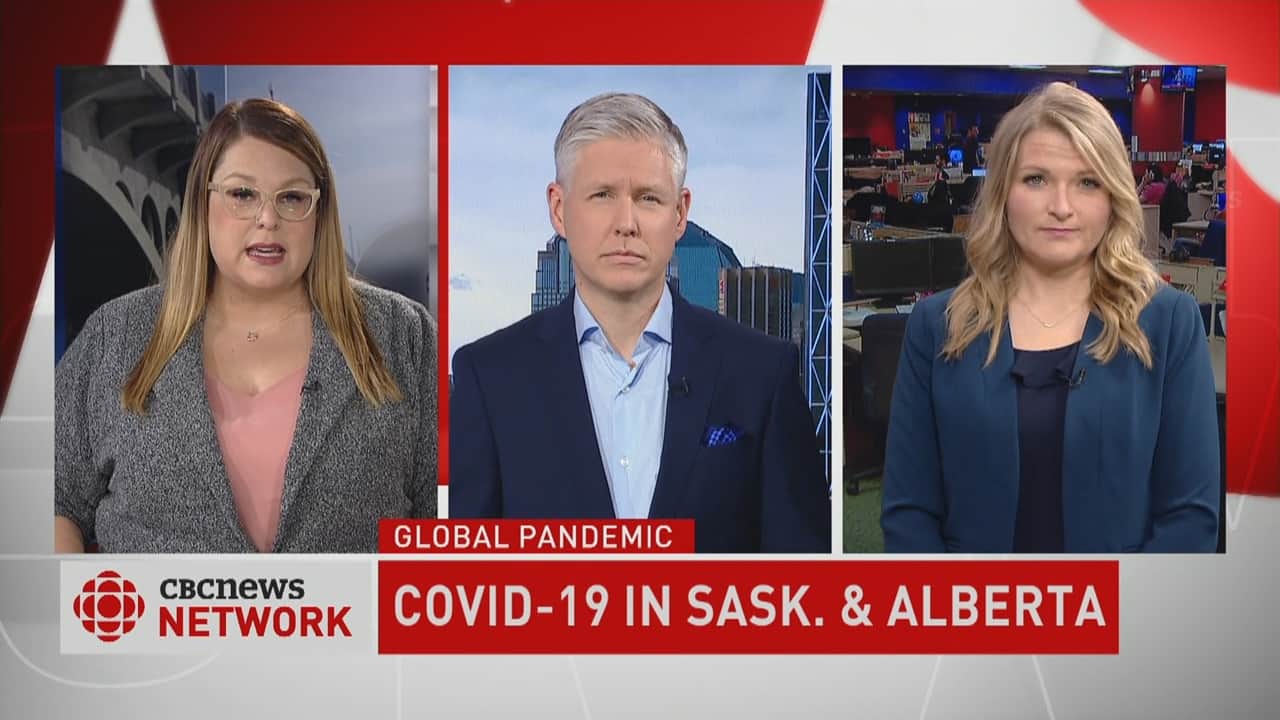 Despite COVID-19-related closures, provincial parks also saw a surge of visitors over the weekend.

"This past weekend brought to light some disturbing trends in our provincial parks, including extreme overcrowding, lack of social distancing and litter such as diapers, human feces and garbage near closed parks facilities," John Muir, director of communications at Alberta Environment and Parks, said in a statement.

Albertans should stay two metres away from the nearest person and practice good hygiene, Muir said.

How to escape the crowds

Sheryl Savard, founder of Edmonton Trail Runners, said three sets of stairs in the river valley "exploded in popularity" over the weekend: the Royal Glenora stairs, the Grandview stairs by the Alfred H. Savage Centre and the Wolf Willow Stairs south of the Patricia Heights neighbourhood.

There are many other less-popular options for stair-seekers across the city, she said.

Savard's suggestions include the Clareview stairs near the Bannerman neighbourhood; a new set of stairs by Concordia University of Edmonton near Wayne Gretzky Drive; the Laurier Drive stairs near the Edmonton Valley Zoo; and the "Legs of Fire" stairs in Devon, southwest of Edmonton.

"Moonlight workouts and moonlight walks are magical and quite wonderful in our city," she said.

"You often don't need anything more than a headlamp, and with the warmer conditions, it's totally doable."

Writer Michael Gravel drove about half an hour from his King Edward Park home on the weekend to separate himself from other walkers.

He explored a trail network near the northeastern section of Anthony Henday Drive.

Completed in the fall of 2018, the east end trails run along the north side of the North Saskatchewan River, east and west of the Henday bridge. South of the river, there are some shorter trails in the same area.

Unlike the paved paths running along River Valley Road or through Hawrelak Park, the east end trails tend to see fewer visitors.

"I did a seven-kilometre round trip and saw maybe 10 people," Gravel said.

Also in the northeast, Hermitage Park was not crowded when Paquette paid it a visit during a drive through his ward on the weekend.

"We would like to keep it that way, so stagger the times of your visit and if it looks crowded, maybe just move on to somewhere else," he said.

The Regional Municipality of Wood Buffalo closed all municipal parks on Monday.

Residents may still use trails and walkways, but dog parks, playgrounds, outdoor rinks, sports fields and other amenities are no longer open.

In a press release, Mayor Don Scott called the closures "aggressive steps" to help prevent the spread of COVID-19 in the region.