The watchdog for Alberta's most vulnerable children and families released a special report Tuesday outlining the systemic issues he says are failing Indigenous families.

In the report, titled Voices for Change, Child and Youth Advocate Del Graff said there is "something wrong" with the child welfare system.

The advocate's report said the facts speak for themselves: "Aboriginal children come into care more often, stay in care longer, and are less likely to be returned to their families than their non-Aboriginal peers."

Premier Rachel Notley said the government will accept all recommendations made in the report and will work with Indigenous communities to implement them.

"We need to roll up our sleeves to make better and faster progress on how to improve the quality of service and the quality of relationships," said Notley. 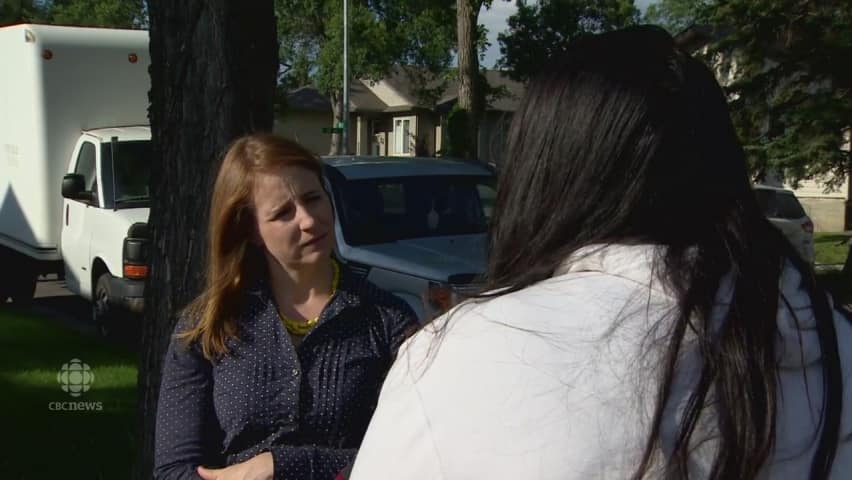 'I don't think anybody likes being in care'

5 years ago
1:01
CBC's Briar Stewart spoke with one teen who has spent time in group care homes. 'You get moved everywhere, all over the city," she says. Because she is a minor, we are not revealing the teen's identity. 1:01

Graff said his report was needed because "there has been little meaningful change" in the system, which still has a huge over-representation of Indigenous children in government care.

Something that has been a continual disappointment to Donald Langford, the executive director of Métis Child and Family Services Society.

Langford said Indigenous children in care have been let down badly despite numerous reports pointing out they've been over-represented in the system for many years.

"The children are forgotten, and that is the whole part of my frustration," he said. "I've seen this time and time again."

"The disparity between Aboriginal and non-Aboriginal children is profound," Saher said at a news conference.

Seven in 10 kids in care are Indigenous

Graff's report found that though only one in 10 children in Alberta is of Aboriginal heritage, they make up 69 per cent of those in the child welfare system.

While the report found the number of Indigenous children in care dropped by 17 per cent between 2012 and 2015, their over-representation in the system remains consistent and is "among the highest in Canada."

Graff's office spoke to hundreds of young Indigenous people in Alberta about their experiences with the system, to look at the kinds of insights into improving things.

He said a theme many raised was the feeling of being alone while in care.

One young person quoted in the report talking about "feeling like a ghost."

The same young person said: "They didn't talk to me or interact with me. I was just there. I don't want that to happen to other youth."

The report makes it clear that while there are legitimate circumstances that require bringing young people into care, a number of systemic problems continue to contribute to the high numbers of Indigenous children in the system.

The advocate pointed to socioeconomic factors, the legacy of residential schools, differing world views about family and distrust between Aboriginal people and governments.

Graff said many reports have documented how Aboriginal people have been let down by child welfare systems, sometimes with tragic consequences, but despite calls to action the situation has "actually gotten worse."

In the first of eight recommendations, Graff called on the Alberta government to establish a new relationship with Aboriginal communities.

'We cannot continue to look the other way'

He said he wants to see a review of the child welfare legislation from an Aboriginal context that would respect the right of families to their own approaches to raising children.

Graff also calls for a range of improved supports for Indigenous children and families.

Another key recommendation calls for a multi-year plan for addressing the overrepresentation of Aboriginal children in care.

Graff admits the kind of system overhaul he's calling for won't be easy but said all children deserve to grow to their full potential in a safe and loving environment.

In a closing statement, Graff calls on the province to take action.

"We cannot continue to look the other way."

In his own report, Saher says he discovered deficiencies within the system after Indigenous children are taken into care.

In addition, the care plans for Indigenous children weren't reviewed as often.

In general, Saher's report uncovered serious issues when it comes to regular contact with all kids in care.

Out of the approximately 10,000 children receiving services from the government, more than 8,000 did not "receive frequent enough contact with their caseworker to meet the minimum standards," the report says.

He said First Nations in Alberta expect "full engagement" in making the changes.

The contents of the report are not new to First Nations people, he said, and stem from colonialism, the residential school era and current western ideologies.