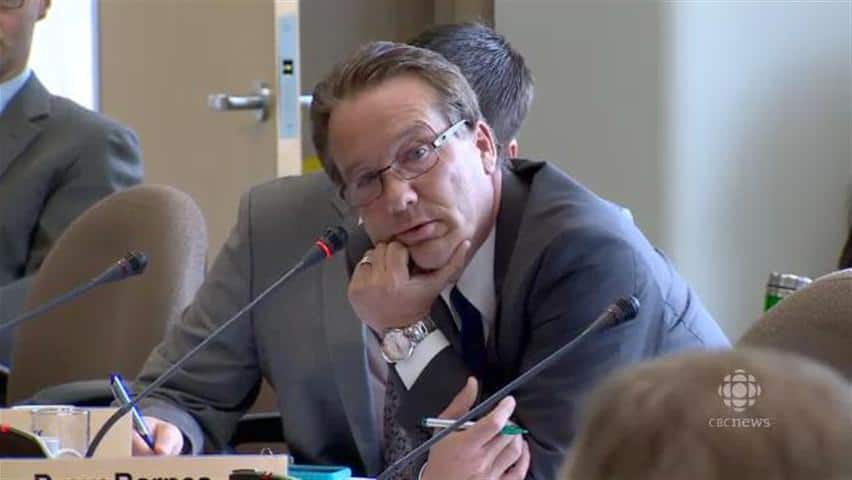 In fact, internal documents obtained by CBC News through freedom of information show Redford’s executive assistant, Ryan Barberio, directly managed the design of the premier’s penthouse suite with the architecture firm retained to refurbish the provincial Federal Building, near the Legislature in downtown Edmonton.

The documents revealed the design included a guest hosting and lounge area, seated formal dining for up to 12 people, a private study and work space for two people including “focused computer work, and a relaxed, social space for entertaining, watching TV and a library area.”

The design also specified “sleeping and grooming quarters with clothing storage for an adult and one teenager (separate is preferable.)” Redford has a young daughter.

The documents also showed Redford wanted her suite, and hosting area, to resemble the luxury Hay Adams Hotel in Washington.

The story caused a huge scandal, cementing the public’s view that Redford and her government felt entitled to luxuries not available to most Albertans, even as her government slashed spending in such areas as health care and education.

Two former infrastructure ministers - Wayne Drysdale and Ric McIver - both claimed credit for stopping construction of what has become known as the premier’s “Skypalace.”

Drysdale has said that as far as he knew, construction of the penthouse suite had stopped in mid-November 2012. More documents recently obtained by CBC News show the planning for the suite was continuing as of October 2013.

Emails revealed officials who worked directly under Drysdale were involved in the planning, as were deputy ministers from several other departments, including Peter Watson, who reports directly to the premier’s executive council.

McIver, now seeking the Tory leadership, said he ended the penthouse construction in January 2014, shortly after he assumed the Infrastructure portfolio from Drysdale, who has refused repeated interview requests about the premier’s penthouse.

On Thursday, under intense questioning from Barnes, the Infrastructure deputy minister confirmed McIver had indeed ended the penthouse construction in January 2014.

“I cannot talk about what message Minister Drysdale provided, or didn’t provide,” Nelson told the committee. “All I can say is that the department was under the direction from, probably, July of 2012 until January of 2014, to build the premier’s suite to support a residential occupancy,” she said, adding that, “Then, in January of 2014, we received new direction.”

Outside the committee meeting, New Democrat MLA Deron Bilous said the answers from Nelson were too political for a government official.

“The ministry sounds like they are coached, giving political answers as far as avoiding the questions, not being forthcoming with answers,” Bilous said, adding that he found it troubling that Nelson blamed the decision for Skypalace directly on the premier and her office.

“Which is a tactic of this government,” Bilous said. “Blame everything on the premier. Now that she is gone, she takes the fall and they can try to rebrand themselves.”

“The reality is, there were numerous ministers aware of this, signed off on this right from day one,” he said. “Yet that information is not forthcoming and it seems like the ministry is again interested in protecting their own interests and this government.”

Redford resigned as premier on March 23, 2014 after polls showed the Tory party’s popularity had plummeted to an all-time low. Two Tory MLAs had also publicly resigned from caucus.