'I know he put a lot of hard work into the class and it really showed,' student says 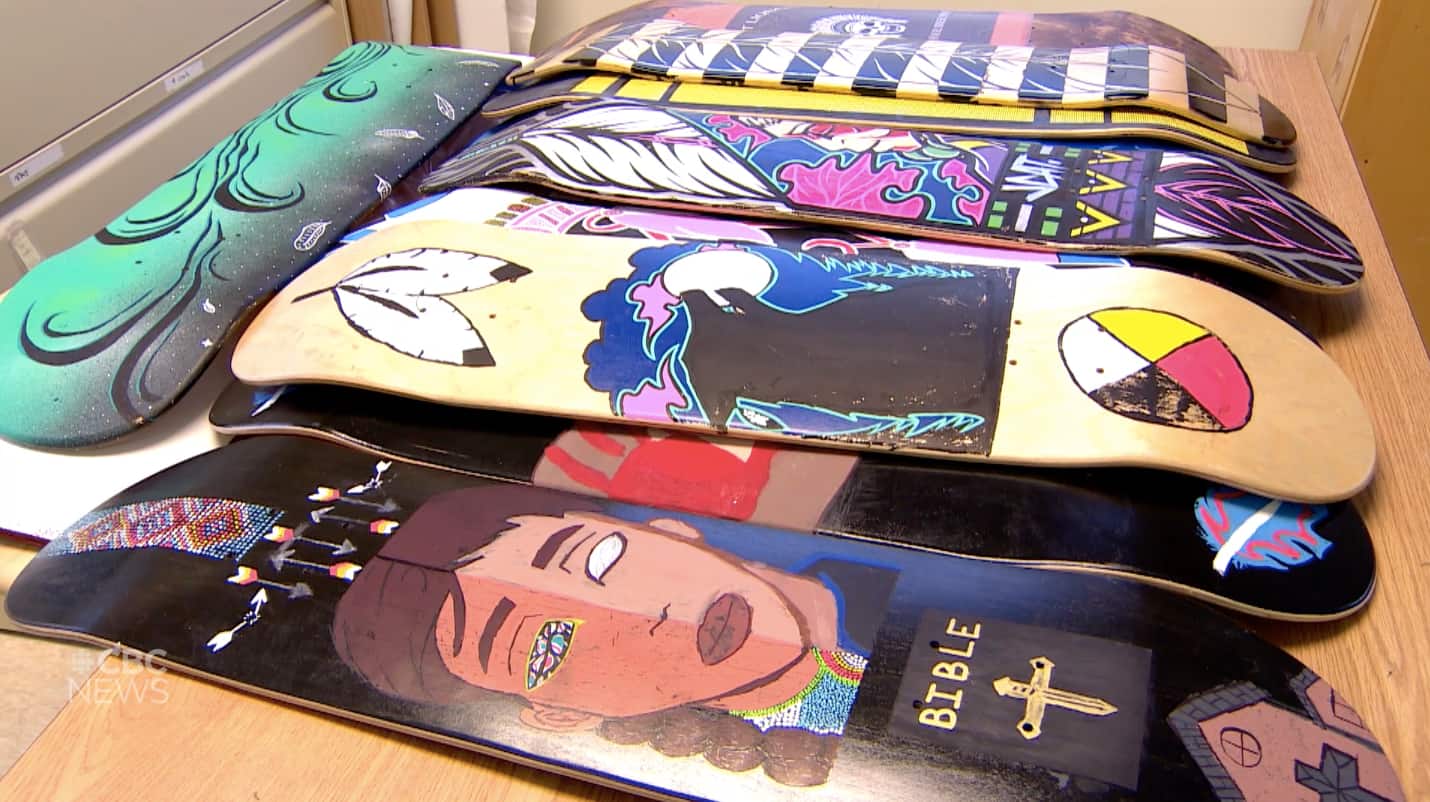 Skateboard project a hit with students

A Sherwood Park teacher is being recognized for an unusual classroom project he created at Salisbury Composite High School.

Kristian Basaraba teaches what he calls a "sk8trepreneur" course and one of his recent projects, Exploring Colonialism, Creativity and Reconciliation with Skateboards, combines skateboard design with Indigenous history.

The project has just won him the Governor General's History Award for Excellence.

"I'm super honoured, it's not really about the award, although, you know it's nice to be recognized," Basaraba said. "I'm more excited about the fact that this project has the potential to bring some of these issues to light on a national stage."

Basaraba asked his students to create their own skateboard brands including a logo and purpose for their brand, all with an Indigenous theme.

"My goal was for my students to work with the artist and create skateboard graphics that looked at Canadians' colonial past," Basaraba said.

Cardinal has experience as a skateboard designer and Buffalo had attended a residential school so the pair were able to pass on their perspectives to the students, some of whom are indigenous.

"We had students whose grandparents attended residential schools and dealt with the effects of that and so they shared some of that story with us," Basaraba said.

One design that really stuck out for him was by student Georgia Lantz.

"Her image was of a group of Indigenous youth in a classroom being watched over by a clergy person and all of their eyes are blanked out," Basaraba said. "It's a really powerful image."

Lantz said she and her fellow students were given creative freedom, even if their design was controversial.

"I could really do what I thought was best and most meaningful," the Grade 12 student said. "I wanted to show the loss of identities that kids faced in residential schools and the religious trauma that was forced upon them."

Lantz is happy to hear her teacher is being recognized for the unorthodox project.

"It's pretty cool," she said. "I know he put a lot of hard work into the class and it really showed."

As an added bonus, Basaraba arranged to have the students' designs displayed at Edmonton skateboard shop Local 124.

"We had an actual kind of art exhibit and we had it there for five weeks," Basaraba said. "So that was kind of neat, the fact that they actually had their art out in the community."

Basaraba believes it's important for everyone to be aware of Canada's past, including the wrongs that were committed, and he's happy to play a role in that.

"I think we see with regard to Indigenous culture, a lot of systemic racism that exists and it continues to exist," he said. "By studying the past, we tend not to make those mistakes in the future and so that's in the hands of the youth.

"I want people to not sugarcoat it and not push all of those issues under the rug. I wanted to bring them to the forefront and have my students kind of engage in them, and I wanted them to have a voice with regard to where that path to reconciliation will go."

The award-winning teacher hopes to keep it rolling into the future.

"I think this project is something that can be done annually with a new group of students and just continue that conversation."