Sherwood Park running back and track athlete Chuba Hubbard has signed a letter of intent to play college football for Oklahoma State.

It's the first time a Bev Facey High School football player has been signed by a Division 1 National Collegiate Athletic Association school.

In the school gym, with his teammates behind him and his family by his side, Hubbard couldn't contain his smile as he made it official: he will be a Cowboy after he graduates five months from now.

"It was an awesome feeling just to know after so many years of hard work and dedication that it's finally here," Hubbard said on Wednesday, which is national signing day for NCAA football players.

After close to 25 offers from other colleges and universities, Hubbard chose to become an Oklahoma State Cowboy.

Last week he visited the campus in Stillwater, Okla., and said he was impressed by how much money was invested into the school and stadium.

"I did feel like it was a family there. It had everything I needed. It wasn't all about football there. It was about education and family." 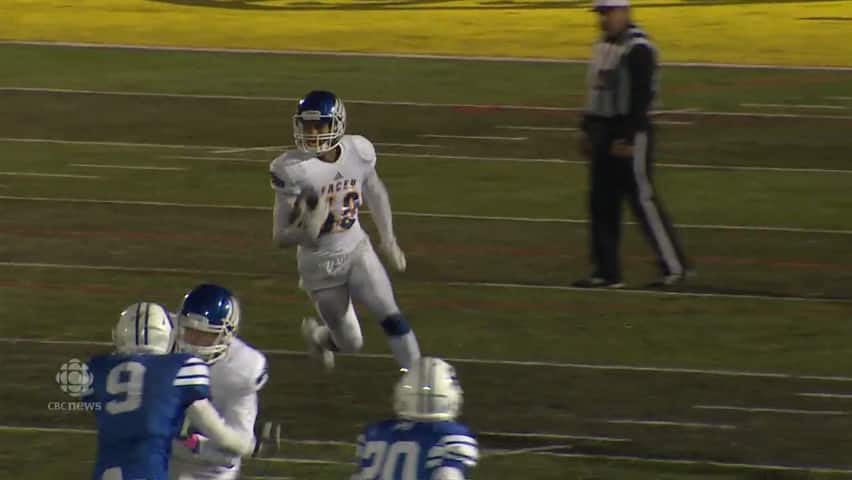 "I've never been in a stadium with that many people but I love the pressure and stuff, so I'm sure it'll be fun."

Candice Hubbard became emotional as she spoke about her son's plan to continue his football career on a big stage.

"Since he was very young, this was his dream," she said. "And he told me he'd get it.

"He said he was going make it to the NFL and make it big. And he will."

I had some doubts whether we could hold him this long, but he stayed true- Mike Gunday, Oklahoma State Cowboys football head coach

"We have his back and we're going to do everything we can to support him, whether it's academically or socially," Martin said. "The Hubbards have already asked me if I'm willing to go down to help set up this summer, and fly down during our bye week."

Hubbard's future coach, Mike Gundy, held a news conference Wednesday to talk about new recruits. He spoke about recruiting Hubbard and managing to sign him, even though he lives so far away from the campus. Under NCAA rules, Wednesday was the first time Gundy was allowed to speak publicly about Hubbard. 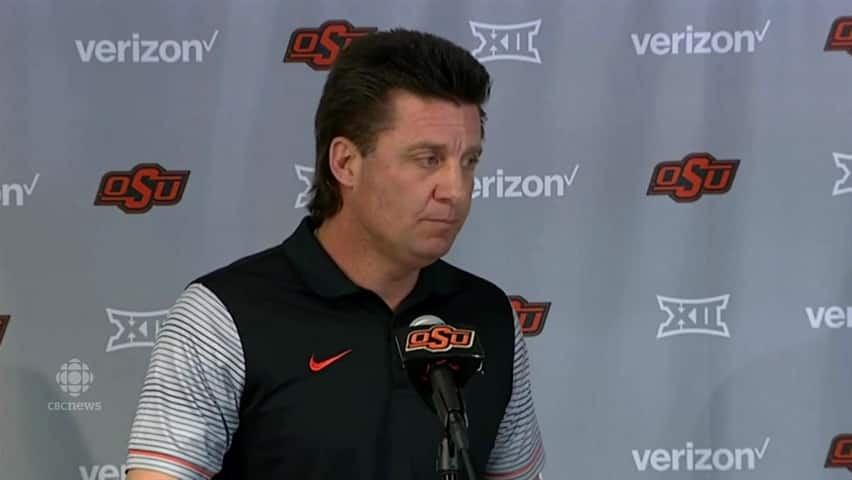 "[Chuba] was committed really early, a long way from here, and a lot of schools came along and offered him scholarships," Gundy said. "I had some doubts whether we could hold him this long, but he stayed true. He's very loyal. His mom and dad raised him right. He gets it. We had a good visit up there in Canada, and I'm excited about what he brings to the table. People ask all the time how fast he is, and he's really fast."

Hubbard is one of seven Bev Facey Falcons who have signed to play post-secondary football next season. Many of them, like Brett Hague. will go to the University of Alberta.

"Once you see somebody who came from Alberta doing something like that, then you start to say to yourself, 'Well, maybe I can do that Why can't I be him?' And I think that's going to be great."