Schools will hire back all workers laid off during pandemic, education minister says

An estimated 25,000 education workers being put out of work by the coronavirus pandemic will get their jobs back, Alberta's education minister said Tuesday.

An estimated 25,000 education workers being put out of work by the coronavirus pandemic will get their jobs back, Alberta's education minister said Tuesday.

"It's unfortunate that in-person classes had to be cancelled, but we know that once they resume again, we will be calling all our workers back," Education Minister Adriana LaGrange said in the legislature Tuesday.

It was the first time the minister has spoken publicly since the provincial government issued a statement on Saturday saying school boards should temporarily lay off about 20,000 educational assistants, school administrative assistants, custodians, non-essential maintenance workers and bus drivers. The government also told boards to avoid calling on the thousands of substitute teachers in the province.

The government directed the province's 61 school boards to give workers layoff notices as soon as possible to save an estimated $128 million. Classes have been cancelled since March 15 to prevent the spread of the virus that causes potentially fatal COVID-19 infections.

LaGrange said earlier in March that school boards would receive their full provincial funding for the 2019-20 school year — a statement she reneged on.

Minister out of touch, NDP charge

In question period on Tuesday, LaGrange said fewer school staff are required to teach students at home than when schools are operating normally.

She also pointed to the cities of Edmonton and Calgary temporarily laying off workers after public health restrictions forced facilities to close.

"This decision was not made lightly," LaGrange said. "No decision regarding valuable workers is. This is just as true in the public sector as it is in the private sector."

NDP Leader Rachel Notley told the legislature LaGrange's comments show she is out of touch with the steps school staff are taking to educate children at home during the pandemic.

"Adjusting to online learning is a monumental task for a child with disabilities," Notley said. "That's why we had, and have, EAs developing specialized home programs for these kids."

On Tuesday, the NDP unsuccessfully attempted to push for an emergency debate on the issue in the legislature. 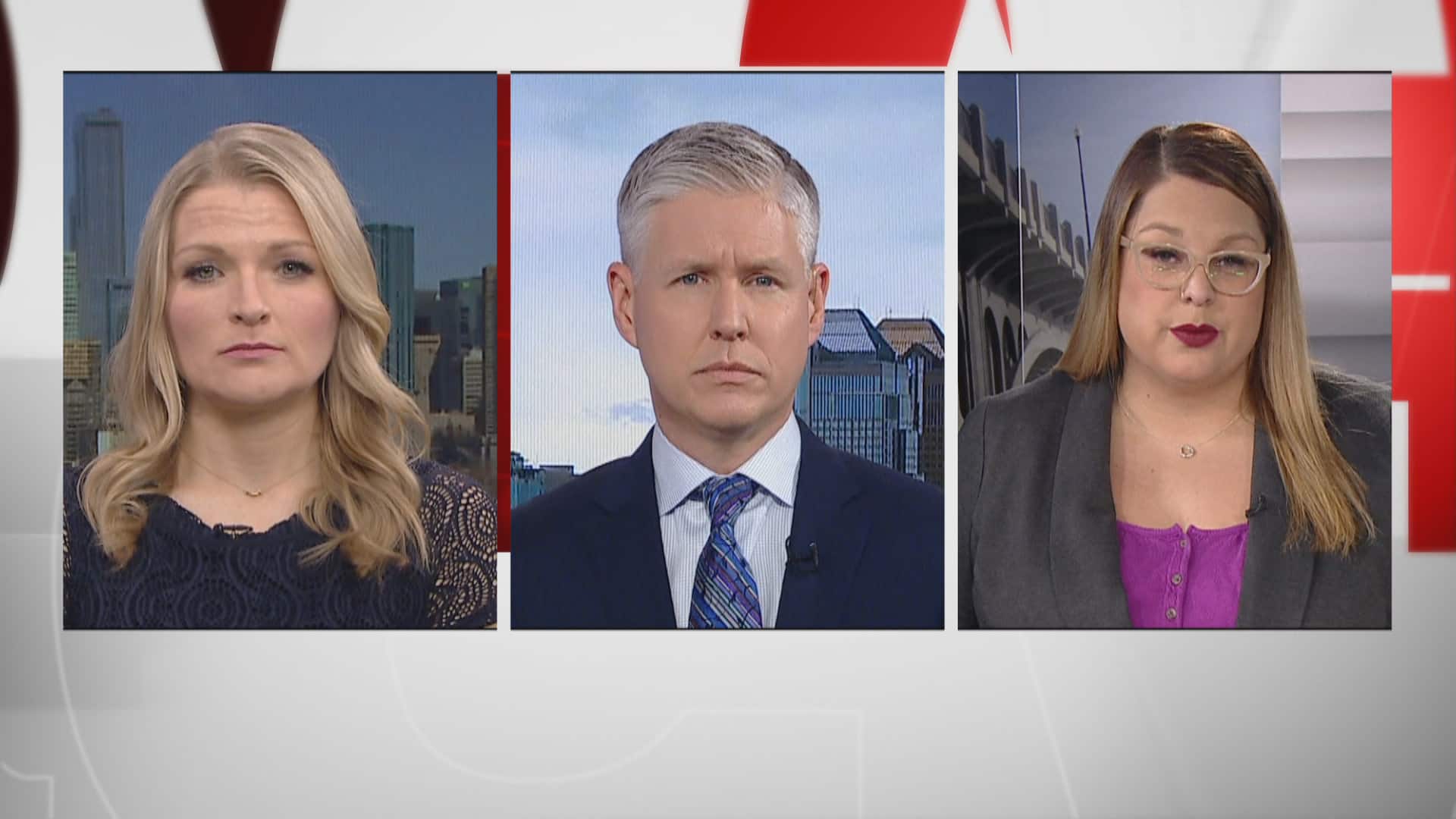 10 months agoVideo
14:51
The latest on the COVID-19 pandemic from Edmonton, Calgary and Saskatchewan 14:51
Education critic Sarah Hoffman said laying off staff who help children with disabilities is a potential violation of the Education Act and students' constitutional rights.

MLAs hustled legislation through the house on Tuesday that prevents residential landlords from raising the rent while Alberta is in a state of public health emergency.

Bill 11, which sailed through three readings in 50 minutes, also prevents landlords from charging renters extra if they fail to pay on time during the public health emergency.

The legislation comes on the heels of the government's move last Friday to ban evictions for non-payment of rent during the month of April.

"This is a balanced, thoughtful, reasonable suite of protections that has thought through not just the impacts on tenants, but also on landlords," Service Alberta Minister Nate Glubish said on Tuesday.

Temporary rules adopted last week prevent landlords from turfing out tenants as long as both parties have worked on a payment plan to catch up on rent.

Glubish said the government needed legislation to prevent landlords from retroactively penalizing tenants once the public health emergency is over. It should help prevent a housing and rental crisis in Alberta during the pandemic, he said.

Tens of thousands of people have been laid off from work or have spent time unpaid in isolation as public health authorities shutter non-essential businesses and prohibit gatherings of more than 15 people.

The Opposition NDP, which had pressured the government to legislate protections for renters, supported the bill's swift passage.