The man who wowed millions with his piano playing on YouTube is back, this time with a roof over his head and a piano just down the hallway. 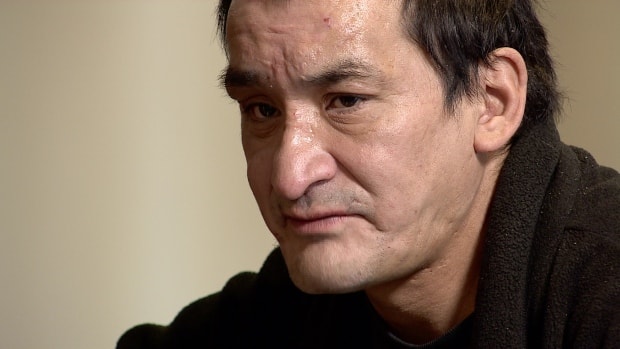 6 years agoVideo
1:27
He was once homeless and impressed millions on YouTube with his piano playing. Now, Ryan Arcand, is back. This time, with a roof over his head. 1:27

The man who wowed millions with his piano playing on YouTube is back, this time with a roof over his head and a piano just down the hallway.

Ryan Arcand was drinking on the streets, eking out food to eat, places to sleep until about a month ago, when after a brief stint in jail he moved into Ambrose Place, a supportive housing complex in Edmonton’s inner city run by the Niginan Housing Ventures.

A roof, a room, a bed and a piano - and a very different life from what he’s lived for the past two decades.

What he is used to is playing the piano.

Arcand has been writing his own music for years, inspired by what he sees on the streets.

“I dedicate this song to the homeless that have passed on,” he said describing the music he played for the staff and residents at Ambrose Place, the same song that earned him millions of clicks online.

As troubled as he is gifted Arcand was charged with mischief after drinking too much earlier this winter. He continues to struggle with alcoholism.

​“He did come sober from the jail but he was itching to start drinking and he over indulged maybe the first couple of days but then we just kept gently reminding him you can bring your beer here,” said Carola Cunningham, the executive director of Niginan Housing Ventures.

The staff monitor how much beer he drinks and Cunningham said it’s making a difference.

From the streets to internet sensation

Arcand’s leap to internet fame came after a chance encounter with Roslyn Polard, who recorded a video of Arcand playing the piano and posted it on YouTube on Oct. 23.

When Polard found him, Arcand was playing an old piano in Edmonton’s Sir Winston Churchill square, free for anyone to play.

Days later, the video had gone viral. Within a week, about two million people had watched the video.

But for more than a week after the video was posted, Arcand’s story remained a mystery. Known only as ‘Ryan,’ outreach workers at homeless shelters said they knew him but didn’t know much about him.

It took a CBC News crew three days of searching to track him down.

Arcand was born on the Alexander Reserve near Edmonton and grew up in foster homes.  A family member said he and his brother were taken away by social workers when Arcand was about four years old. When he was eight, he played his first piano in the basement of the foster home he was living in.

The music must go on

Now, with hair that’s grown back and a determination to change his life, Arcand is surrounded by fans, real live ones, that live alongside him.

​“Everybody comes down from upstairs and listens to him play and they cheer for him and clap,” said Cunningham, adding that when visitors come they recognize him from YouTube.

As Arcand’s fame continues, his challenges do too. He struggles with the change of now having a place to call home and can’t always sleep.

“I'd really like to get Ryan a keyboard in his room with a headset,” said Cunningham who believes that if he could play the piano at night in his room it could help with his healing.

“I want to straighten out my life that's what I want to do,” said Arcand who is proud that millions have watched him play.

He said he also wants to thank the woman, who by chance, stopped by to record him that October day.