'This is not allowed here': Edmonton concertgoer told she can't kiss girlfriend

Allyson MacIvor will never forget her first concert experience at Edmonton's Rogers Place, but it wasn't the experience she wanted.

'It was very violating and invasive. It’s not something I’d ever imagine experiencing, honestly'

Allyson MacIvor will never forget her first concert experience at Rogers Place, but it wasn't the experience she wanted.

MacIvor and her friend were watching Jack White as he played The White Stripes' hit Seven Nation Army Friday night when they turned to each other for a kiss.

While they are not in a relationship, the women were caught up in the moment.

Within moments, the two were confronted by a Rogers Place usher.

"I embraced my girlfriend, and some staff member came in between us, and she said, 'This is not allowed here,'" MacIvor said.

The usher placed her hand in between them and asked them to stop, MacIvor said.

"It was very violating and invasive," MacIvor said. "It's not something I'd ever imagine experiencing, honestly."

The usher then escorted them to talk to a manager. After telling the manager what happened, the employee was told to resume her post.

This was actually the first time that I announced to the world that I was gay.- Allyson MacIvor

"[The manager] apologized profusely, but it still didn't help the incident and the hurt that came out of this," MacIvor added.

MacIvor noted she and her friend filled out an incident report detailing what happened.

After wrestling with the emotions of the experience, MacIvor said she decided to write about it on her Facebook page.

It was a tough decision, she said, partly because of how hurtful the incident was, but also because she hadn't previously shared her sexuality on social media.

"It's a professional platform, so I always hesitated to do that, and this was actually the first time that I announced to the world that I was gay," said MacIvor, who is a professional musician with the Edmonton Symphony Orchestra and has played on stage with musicians like Sarah McLachlan.

She said she has received an overwhelming response of love, support and understanding.

Since Saturday morning, her post has been liked more than 1,200 times. 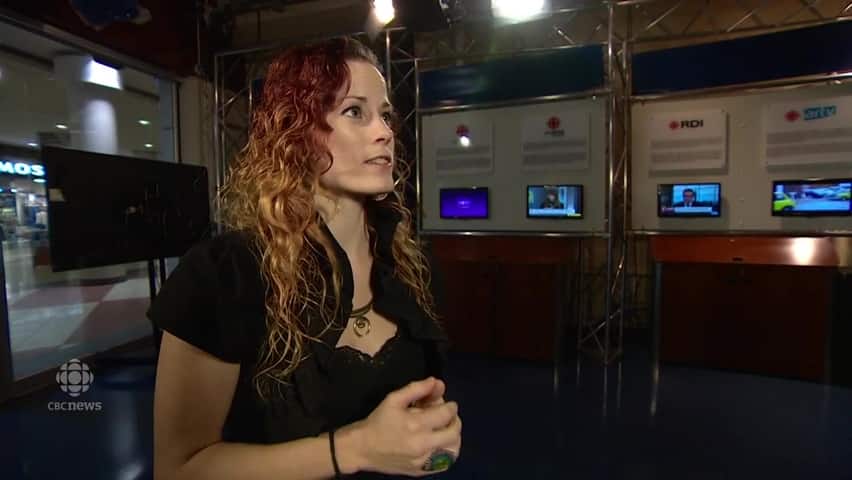 'It was very violating'

2 years ago
2:44
Allyson MacIvor says a Rogers Place employee told her she wasn't allowed to kiss her girlfriend. 2:44

Even Jack White, whose name has been linked on MacIvor's post multiple times, weighed in on the matter.

On Saturday, White played in Calgary, where he acknowledged what happened to MacIvor and her friend. He dedicated the song Love Interruption to the pair.

MacIvor has also received apologies from Rogers Place and the Oilers Entertainment Group.

"We have an absolute zero tolerance for any form of discrimination," said OEG spokesperson Tim Shipton, who added that Rogers Place is a safe and inclusive space.

OEG wouldn't say if the employee was reprimanded.

MacIvor said Parsons offered her and her friend a free concert and dinner of their choice to make up for their negative experience.

I would love to get to know this employee on a more personal and deeper level.- Allyson MacIvor

MacIvor accepted and said the two will take in the Fleetwood Mac concert this Saturday, but she requested the usher who confronted her be given an invite too.

"I would love to get to know this employee on a more personal and deeper level than the events that just happened, and [Parsons] was like, 'OK, I will offer them to her tomorrow.'

"So hopefully we'll go out for dinner and have an amazing time. This employee and I can just get to know each other as people and move past this in a healthier way."

MacIvor says she's still waiting to hear if the employee accepted her invitation.