RCMP are searching a rural property west of Vegreville as part of a five-year-old suspicious death investigation. 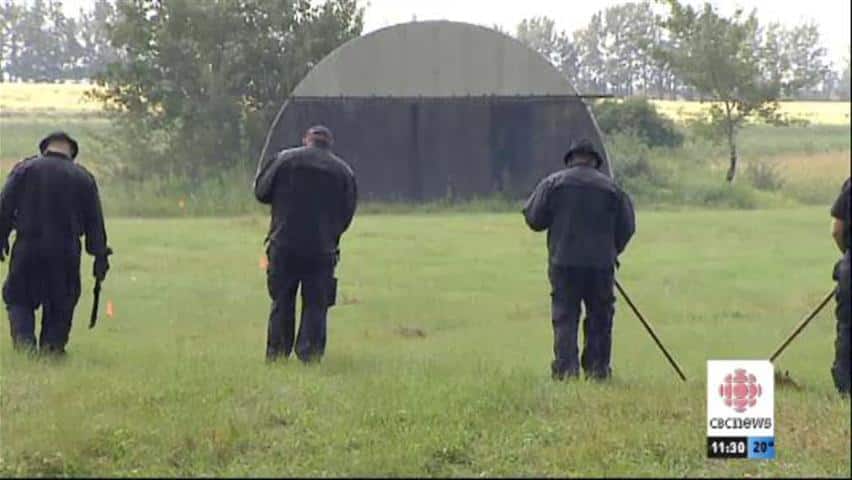 RCMP officers are searching a rural property west of Vegreville as part of a five-year-old suspicious death investigation.

The body of 47-year-old Robin Douglas Goodwin was found there in November 2007, along with several of his belongings.

According to an RCMP release, investigators have returned to the property to follow up on additional information gathered into Goodwin’s death.

"I was surprised to hear the date of it as well," said Staff Sgt. Scott Fuller, "but even in a cold case, they're working it all the time. And if something new surfaces that causes them any interest or concern, they may feel that they want to have another look at the area."

Fuller said the current investigative team is using more specific search methods that were not available to the original investigators.

"Seven years ago, the team wasn't doing that type of work. It's far more recent. And the team has had a lot of success lately on this kind of a search so they've asked us to come in."

The RCMP is hoping that by extending the search, more evidence may come to light.

About 25 officers and search dogs will be assisting in the investigation.

It is expected to take three days for officers to complete their search of the area.

Goodwin was last seen in Nisku in September 2006.