A local online talk show called To The Point says it will shut down immediately in the wake of a rape joke posted on its Facebook page over the weekend.

Coun. Mike Nickel, the host and moderator of the show, apologized for the joke the day after it was posted 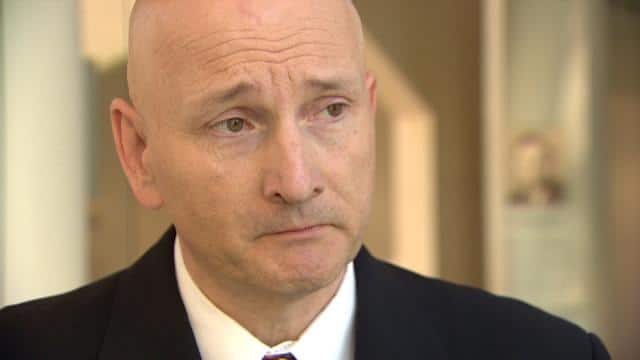 5 years agoVideo
0:56
Nickel issued an apology Monday after a rape joke appeared on the Facebook page for his talk show, To The Point. 0:56

A local online talk show called To The Point says it will shut down immediately in the wake of a rape joke posted on its Facebook page over the weekend.

Ward 11 councillor Mike Nickel, the host and moderator of the show and part owner of the production company, Nordic Filmworks, apologized for the joke.

Saturday's post featured an illustration of a drugged Snow White, with Bill Cosby and recently convicted rapist Brock Turner lurking over her. The caption read, "We couldn't resist … We're just going to post this here and see what happens."

"It wasn't just the imagery, it was the fact that it was someone in leadership who represents me and my ward," Brandy Burdeniuk, one of Nickel's constituents, told CBC. "For content like that to be so loosely thrown into the public conversation is disappointing."

Nickel issued a statement on his own Facebook page the next day, expressing his "sincerest and deepest apologies."

He said he does not endorse the post, which has since been removed.

"I am equally appalled, as all of us should be," Nickel said. "I agree with many of the comments that have been posted stating that I and others on our show need to be part of the solution, not part of the problem. This I promise to do."

The show's producer, Matthew Altheim, took full responsibility for the post. In a statement, he said the show recently hired a group of volunteer interns to find and share content from the Internet on the page.

He said he saw the post, and chose not to take it down, which he now admits was a mistake.

"In the past, I was a firm believer of not censoring any content on the show's page; that will need to change," he wrote.

On Monday, the talk show sent out a statement: "We will be closing To The Point effective immediately. It makes more sense for us to create the backbones of the organization properly, with proper time and resources, than to allow mistakes to occur."

The statement said To The Point was formed in 2014 as a community show with a volunteer crew, writers and producers.

"In two years we have done our best to produce quality conversations and satirical content that was in good taste," the statement said. "Our goal was never to censor content, even if it was controversial. Looking back, that was the wrong decision."

No new talk show content had been posted since December 2015. The show had been on official hiatus for the past six months, and just last week decided to post "more satirical memes," the statement said.

"To The Point will not return. We will be continuing on a different direction with our volunteers on the next stage for community-based programming."