Hundreds of people gathered in downtown Edmonton, calling for more attention and a national inquiry on murdered and missing Aboriginal women. 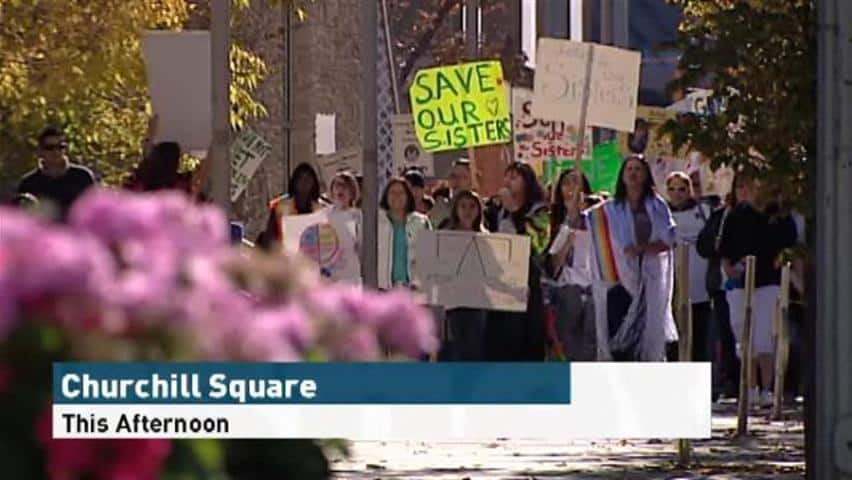 Hundreds of people gathered outside Edmonton City Hall Saturday to call attention to the plight of Aboriginal women hurt and killed across Canada.

"These are not just numbers. They come from families that deeply care and love them," said Assembly of First Nations Chief Shawn Atleo.

The rally mourned the loss of what the people there called the community’s stolen sisters -- missing and murdered Aboriginal women.

Atleo said there are hundreds of victims across the country, and the issue is not getting the attention needed from police, government and other organizations.

Atleo said a national inquiry is needed into violence against Aboriginal women.

"We're hearing stories, tragic tales of this issue being swept aside," he said.

Atleo said he believes that there are more victims than what is reflected in official statistics.

He’s also calling on the RCMP to dedicate more attention to investigating, and preventing, violence against Aboriginal women.

RCMP Sgt. John Respet, who attended the rally, said police do dedicate many hours and resources on the issue.

However, he said the organization could do more, and has been taking steps to make the investigations easier on the families of the missing and murdered.

"More of a cultural awareness and sensitivity and being more in touch with our families, " he said.