'I don't think anybody owns it': NDP will not concede election, Notley says 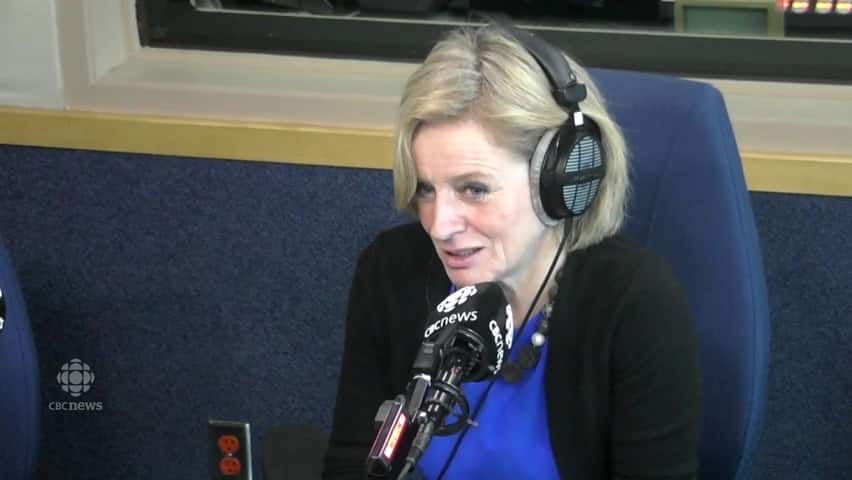 3 years agoVideo
0:42
Premier Rachel Notley says she will focus on the issues 'even though they may be divisive,' during an appearance on Edmonton AM. 0:42

Despite predictions that Jason Kenney's ascension to the leadership of the newly-created United Conservative Party will end the NDP's reign in Alberta, Notley said her party isn't done for.

"I would suggest that arrogance is not a good place for any politician to start from," Notley said in an special Q&A edition of Edmonton AM on Tuesday which had the premier answering questions on education, healthcare and the future of the NDP.

"I don't think anybody owns it between now and then, and folks who think they do should probably stop talking that way."

The NDP government isn't about to concede, she said.

Notley suggested the next election will be acrimonious, but said she hopes the campaign doesn't devolve into trading insults. She said she will try to build a campaign focusing on issues "even if they're divisive."

Voters will have a clear choice on the future of the province when marking their ballots, she said.

"Debate is important. Name calling is not a helpful part of that debate," Notley said.

"That being said, I think there are some very clear differences between what my government and my leadership would be putting forward to the people of Alberta versus what you're seeing from Jason Kenney.

"I think it will probably be a more heated election than one we've seen for a long time."

While Notley continues the work of government, her biggest political opponent , the UCP, is focused on its next goal: shoring up constituency associations and recruiting candidates for the Alberta provincial election in the spring of 2019.

While the new UCP has no connection, on paper at least, to the failed PC government — which after 44 years of continuous rule, suffered defeat to the NDP in 2015— Notley was pleased to draw a connection.

"The conservative politicians in this province aren't actually used to being challenged," she said.

"They didn't expect to be challenged in the last election and they were sort of taken by surprise."