An Edmonton woman accused of attempted murder was in the midst of a psychotic episode when she slammed her SUV into her mother twice outside a local KFC, according to the court testimony of a forensic psychiatrist.

An Edmonton woman accused of attempted murder was in the midst of a psychotic episode when she slammed her SUV into her mother twice outside a local KFC, according to the court testimony of a forensic psychiatrist.

Donna Elder was charged with attempted murder after she drove the Toyota Rav4 into her 86-year-old mother, Katherine Triplett, at a west Edmonton KFC in July 2018, according to the agreed statement of facts. She's also facing charges of aggravated assault and dangerous driving causing bodily harm.

On Tuesday, the second day of Elder's trial was exhausted by the testimony of expert witness Dr. Niti Bhatia, who worked as her treating psychiatrist for around 20 months following the incident.

Donna Elder's defence lawyer, Brian Hurley, is arguing she should not be held criminally responsible for any of three charges.

Bhatia testified that 62-year-old Elder has schizoaffective disorder, a condition where she can often lose touch with reality and shows signs of depressive behaviour.

Elder has previously given testimony that at the time of the incident she heard voices in her head telling her that a woman was trying to hurt her mother.

"She felt she was doing the right thing. She thought she was protecting her mother," Bhatia told the court.

Elder drove a Rav4 SUV straight into Triplett outside a KFC on July 18, 2018, shattering the windows and knocking her mother onto a table inside the restaurant. She reversed, then slammed the SUV into the restaurant a second time, pinning her mother against the broken furniture, according to the agreed statement of facts.

Bhatia testified that Elder's condition had been deteriorating in the months leading up to the incident. She had told her family about delusions of cameras planted in the TV and people were following her, Bhatia said.

Elder testified on Monday that she'd been hearing voices in her head for a decade but only told doctors about the hallucinations after the incident.

As Bhatia spoke, Elder sat silently on a desk chair behind the defence and prosecution, rarely lifting her gaze from the floor. A small group of her family members looked on from the public gallery at the back of the courtroom.

The forensic psychiatrist said that Elder's behaviour on the day of the incident was "very out of character," compared to the pleasant person she knew to be her mother's primary caregiver.

"The whole picture is very much consistent with a person who does not understand wrongfulness, the moral wrongfulness of the offence they committed," Bhatia said. 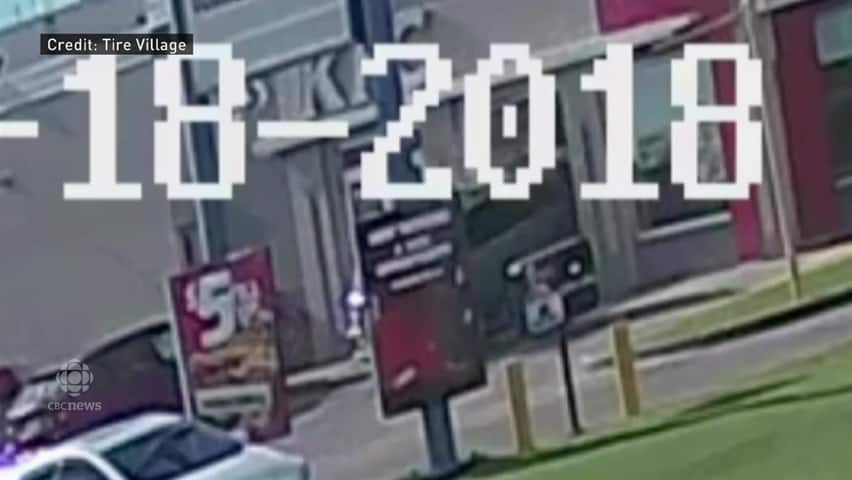 Bhatia says she prescribed Elder anti-psychotic medications after the incident and the hallucinations stopped around two months later.

A verdict of not criminally responsible is rare in Canadian courts, the eventual outcome in less than one-tenth of one per cent of all adult criminal cases, according to Statistics Canada data. The defence must prove on a balance of probabilities — rather than beyond a reasonable doubt — that the accused did not have the capacity to appreciate her actions or they were not in control of their action due to a mental disorder.

During one of several tense exchanges during a three-hour-long cross-examination, Crown prosecutor Anders Quist asked Bhatia whether she had properly considered whether Elder had fabricated the story about hallucinations as a way to avoid criminal responsibility.

Quist read from medical reports that show Elder provided increasingly detailed descriptions of the voices she heard the night of the incident each time she spoke with doctors while in custody at the Alberta Hospital.

In the first account, Elder made no mention of voices, only that she blacked out before driving the SUV into the KFC, Quist read. In the second account, Quist noted, Elder reported hearing a repeating echo in her head saying, "no more". By the third account, Elder told doctors about a voice in her head, telling her that a woman was trying to harm her mother.

Bhatia testified that Elder extrapolated details about the incident during each of the assessments, but that doesn't mean she was trying to exaggerate her mental condition.

"I did not think she was malingering, there were discrepancies, but everything was consistent" Bhatia said of Elder's retelling of the incident. "She truly believes what she experienced at that time."