Research, remedy and regulation: the changing dynamics of psychedelic therapy in Alberta

Earlier this month, Alberta announced new regulations for the use of psychedelics in therapy. Researchers and health-care professionals are increasingly exploring how drugs like ketamine can be used for mental health treatment.

Earlier this month, in the last days of the Jason Kenney government, Alberta announced the first provincial regulations for psychedelic-assisted therapy.

There is growing interest into the potential of psychedelics for mental health treatment with studies popping up all over the world and in Canada.

Psychedelic drugs as defined by the province include psilocybin (the active ingredient in magic mushrooms), MDMA (an amphetamine also called ecstasy or molly), mescaline (peyote) and ketamine.

Alberta's new regulations would require the providers to apply for a licence before treating patients with psychedelics for mental health disorders. A psychiatrist would have to oversee any treatment, according to the regulations taking effect in January.

"In order to fully realize the potential of this emerging field, we must have high standards of care in place to protect Albertans accessing care and ensure the legitimacy of the therapy," Mike Ellis, Alberta's then-associate minister of mental health and addictions, said in a news release on Oct. 5. Ellis became Minister of Public Safety during Friday's cabinet shuffle.

"These new quality standards create a strong foundation for the safe and effective use of psychedelic-assisted therapy in Alberta as this field advances."

But just what is happening within Alberta with psychedelic-assisted therapy? Here's what we found out.

How are psychedelics used in therapy?

Psychedelics have been explored to treat various mental health disorders.

Dr. Peter Silverstone, a professor of psychiatry at the University of Alberta and author of The Promise of Psychedelics, says there is evidence that taking the drugs can leave patients' brains more malleable and receptive to psychotherapy.

"I've been doing psychopharmacology drugs on the brain 35 years," he said.

"The reason I'm more excited by psychedelics than anything I've seen in my career is because they seem to impact brain plasticity."

Silverstone said the effect of the drugs can open a person's mind in unusual directions, sometimes leading to insightful experiences, but by themselves they are not inherently therapeutic.

Combined with psychotherapy sessions, however, they can produce results for the hardest to treat.

"I still practice psychiatry, and every day I see patients, I think, 'Oh, I wish I could have new tools.'

"And I wonder if psychedelics will not be those tools, because we have so many patients who, sadly, don't respond to our current treatments." 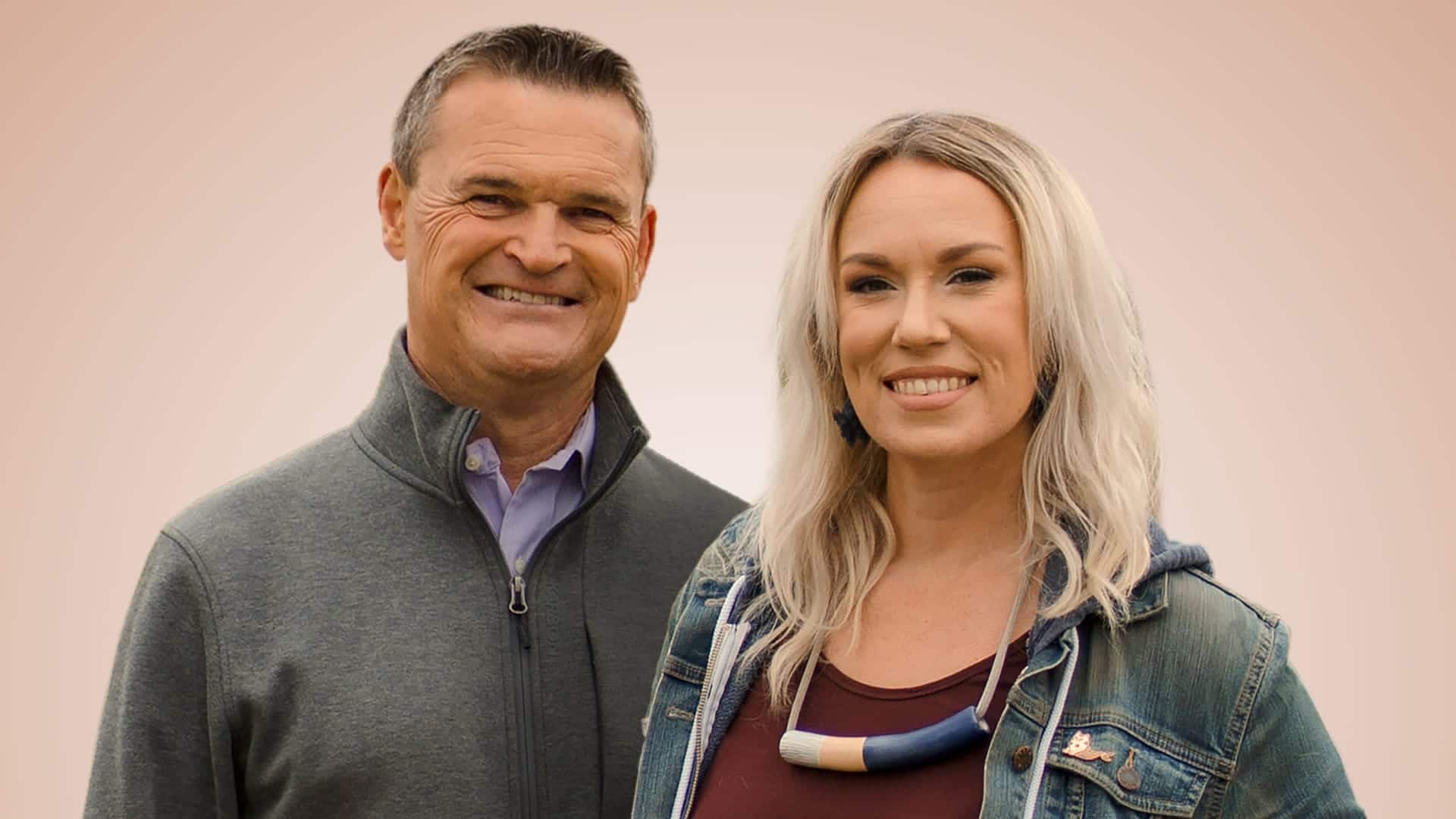 Silverstone, who last year helped found the biopharmaceutical company Zylorian, says Alberta is well-positioned to be a hub for psychedelic research, alongside British Columbia and Ontario.

"To date, we've not been able to do as much research as we want, but the landscape is starting to change," he said.

"And over the next one to two years, I think we'll see a lot more studies in Alberta using psilocybin and psilocybin-like compounds."

What kind of research is happening in Alberta?

Research in the province is still in its early days.

Leah Mayo, a neuroscientist and assistant professor who is serving as the first Parker chair, says there has been growing interest in studying psychedelics in Alberta and Canada.

"We can go back with ketamine and look at tons of safety data and all sorts of things that have been collected over the several decades of which ketamine has been available," Mayo said in an interview.

"But we don't have that ability with psilocybin or MDMA or other compounds because they're not available to be prescribed in any situation, except for now we have the exemptions for end of life distress."

The production, sale and possession of psilocybin is illegal but Health Canada does issue individual exemptions. In 2020, it did so for four Canadians with terminal cancer, opening the door to additional applications for both patients and professionals.

There are 20 patients in Alberta who have received an exemption for therapeutic purposes. Another 20 people in the province were authorized use through Health Canada's Special Access Program, which opened its eligibility early this year, according to the agency.

Researchers must also apply for authorization to run clinical trials with psilocybin.

Health Canada has permitted a total of 15 clinical trials involving psilocybin. It lists nine clinical trials in its online database, most of which are still pending. Of the nine, four are sponsored by groups headquartered in Ontario, three in B.C. and one in Nova Scotia, with the final coming out of an organization based in London, U.K.

Mayo has just applied for an exemption to run a clinical trial to look at how psilocybin could be used to treat alcohol-use disorder. That could start as early as spring.

She notes a major challenge in the field is paying for research. That is getting some encouragement from the federal government in the form of three grants totalling $3 million from the federal agency, Canadian Institutes of Health Research.

"There's a lot of interest, people have submitted grants for that," Mayo said. She said there are also local companies involved in psychedelics, either classic forms like psilocybin or MDMA but also "next generation" drugs that have tweaked chemical composition for safety.

However, Mayo cautions the public not to buy too much into a hype cycle fed by media heralding new sciences as the be-all end-all.

"And then the reality is somewhere in between that."

What about ketamine-assisted therapy?

Ketamine has long been used as an anesthetic. Despite not technically being a psychedelic, it can still be used to bring people into non-ordinary states of mind.

Its widespread availability and legal use in a medical context means there are several groups that provide ketamine-assisted psychotherapy in Alberta.

"Because of the group of people that we work with who have persistent and severe exposure to potentially psychologically traumatic events, these are oftentimes folks who are not necessarily fully responsive to our traditional intervention," McElheran said.

Typically the clinic will work with referrals. From there, patients will undergo an initial assessment to see if this is an appropriate treatment.

"Ketamine is not a treatment for every mental-health condition, I think that's an important point to make," McElheran said, adding that it's particularly used to treat resistant depression and depressive conditions.

A positive initial intake is followed by psychiatric assessments with the medical director before administering a supervised test dose. Only after all this do the clinical doses of ketamine begin, again under supervision.

That's followed by sessions with a psychotherapist, typically within 24 to 48 hours after dosage.

"Because the literature would tell us that that's kind of when the greatest malleability is present for patients to really process the material that emerged during the ketamine session," McElheran said.

Ketamine treatments are not typically covered by medical plans and can cost between $4,000 and $6,000, depending on the number of sessions.

How could regulations change things?

Alberta's new regulations do not apply to clinical research trials or psychedelics prescribed for conditions other than psychiatric disorders, such as pain, palliative care or cancer.

Some practitioners of ketamine-assisted psychotherapy are concerned about how the new regulations could limit access.

"There's an over-reliance on psychiatry," said Philippe Lucas, president of clinic group SABI Mind in Calgary. He believes giving exclusive control over the field to psychiatrists is a mistake.

Lucas supports the need for psychiatry experts to be involved in discussions around psychotherapy as it relates to mental health, but says there are others in the medical field with expertise in psychedelics, including anesthesiologists, neurologists, and some general practitioners, who are in as good a position to assess and prescribe treatment.

Under the new regulations, a physician may prescribe a psychedelic drug, but only in consultation with a psychiatrist.

"The new regulations and the over reliance on psychiatry will create an inevitable bottleneck that will severely negatively impact access issues for patients in need," he said.

He expects that problem to worsen should Health Canada approve the use of MDMA for treatment, which he predicts will happen within the next 18 months.

MDMA is currently undergoing trials in Toronto and Montreal for use in treating post-traumatic stress disorder.

Vancouver registered nurse Madison Nobbs, head of the Ketamine-Assisted Therapy Association of Canada, says the stipulations will be an increased burden on psychiatrists.

She also takes issue with the requirement that a psychiatrist be in the position of medical director of any facility providing psychedelic-assisted therapy.

"It limits these facilities that it can be given in. And it's already a very inaccessible treatment as far as cost.

"And what this does, actually, is increase costs."

Nobbs said she hopes there will be further consultations with experts — the announcement came as a shock to many in the field — especially as the organization expects others to follow Alberta's lead.

"Anytime that any province comes out with new regulations, especially when it comes to health, we see that there are impacts on other provinces," she said.

"So we would predict that other provinces might start to adopt some of the same regulations."

Stephen Cook is a reporter with CBC Edmonton. He has covered stories on a wide range of topics with a focus on policy, politics, post-secondary education and labour. You can reach him via email at stephen.cook@cbc.ca.