Alberta Health Services is looking at a new method of testing for COVID-19, hoping it will eventually reduce labour, supply use and even turnaround time.

Success could increase testing capacity up to 3 times, AHS says

Alberta Health Services is looking at a new method of testing for COVID-19, hoping it will eventually reduce labour, supply use and even turnaround time.

Alberta Precision Laboratories, a subsidiary of AHS, has been piloting pooled testing in Edmonton since Aug. 14.

"You're saving on labour, reagents or supplies for tests, and some time as well, depending on your pooling process," Precision medical microbiologist Nathan Zelyas said in an interview with CBC Radio's Edmonton AM on Thursday.

The process combines four individual samples into one. In the event a pool tests positive, material is kept from the original four samples to be retested individually.

The program is geared toward asymptomatic testing, which has a low positivity rate, Zelyas said.

"That means we can easily go through higher volumes of negative samples," he said.

The hope is a widespread introduction could mean a faster turnaround time for tests. Also, pooling samples uses less reagent.

Although better now, early on in the pandemic, availability of reagents became a global issue, Zelyas said. 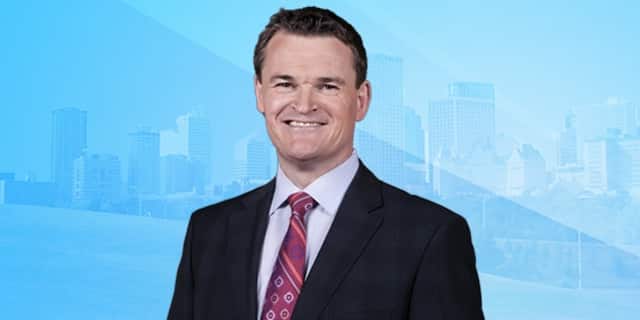 The process is also being automated, using barcodes to identify individual and pooled samples, to reduce false results.

"We're doing as little manual labour, as little kind of human interaction, as possible," Zelyas said. "So that we don't run into these errors that are more likely to occur as a result of human error."

The lab is processing around 100 tests a day, he said. Zelyas said he expects that number to increase as the lab smoothes out the process.

"It's going to take some time for it, but likely in the coming weeks, I would say we're going to see it on a much larger scale and become the norm, probably, for asymptomatic testing."

If the pilot is successful, the lab would further expand the volume of tests in the coming weeks, AHS said in an emailed statement Thursday.

The success of a widespread pooling strategy could mean a 2.5 to 3 times increase in testing capacity, currently at 8,500 to 10,000 per day, AHS said.