A Manitoba photographer is giving Albertans a chance to glimpse into the lives of Hutterite communities.

'It's definitely a different lifestyle ... but we find a lot of common ground' 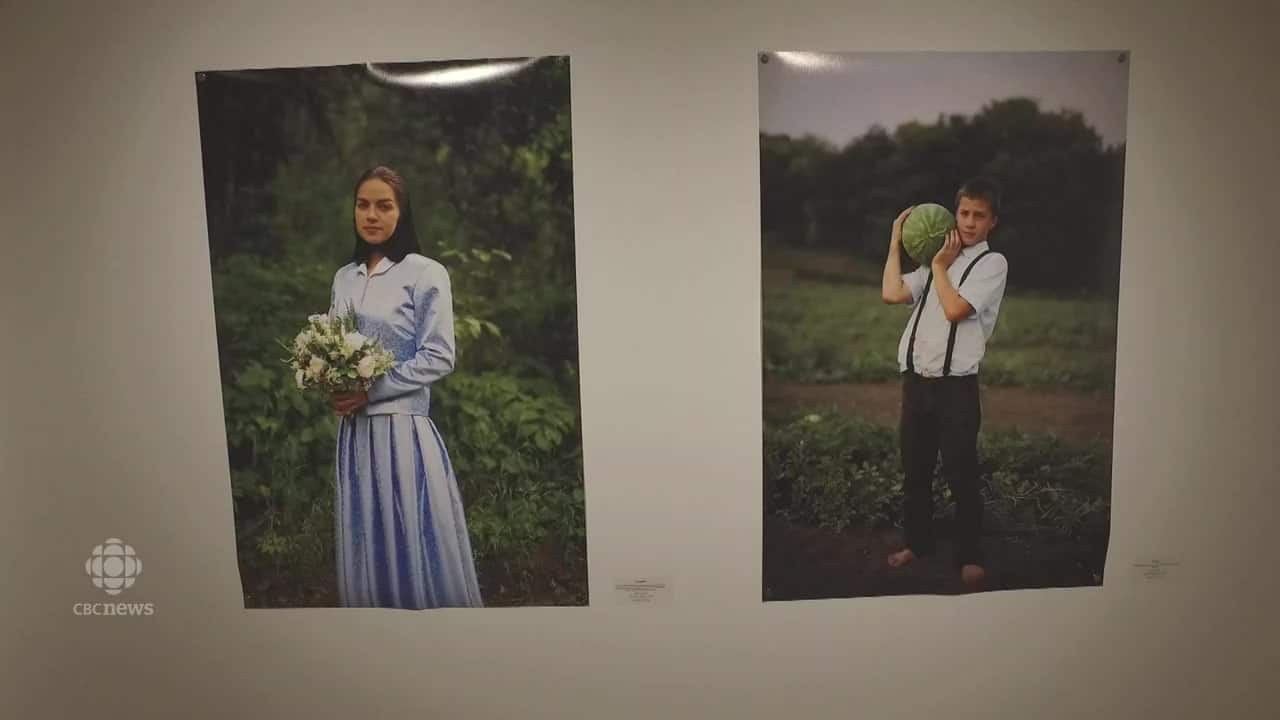 'In The World But Not Of It'

1 year ago
1:42
An exhibit by photojournalist Tim Smith shows life on western Manitoba Hutterite colonies. The exhibit is on display in Sherwood Park. 1:42

A Manitoba photographer is giving Albertans a chance to glimpse into the lives of Hutterite communities.

It started as an assignment but quickly became a passion project.

"I was driving through western Manitoba looking for photos for the daily newspaper at the time and I stumbled upon a Hutterite colony and came across women working in the garden," Smith told CBC's Edmonton AM on Friday.

"I asked if I could take some photos and they were agreeable and that kind of started it all off."

His new exhibit, In The World But Not Of It, features photos captured over the last 10 years. It opens at Sherwood Park's Gallery@501 on the evening of Jan. 10.

A decade after starting his project, Smith is still taking photos of Hutterites.

His exhibit describes Hutterites as "a communal Anabaptist religious group that live apart from mainstream society on colonies throughout Canada."

According to Statistics Canada, there were 35,010 Hutterites living in 370 colonies in Canada in 2016, mostly in Manitoba, Saskatchewan and Alberta.

Smith said at times it was hard to break down barriers and build relationships with many of the Hutterites living in Manitoba.

For him, gaining access boiled down to building trust. "It's a constant negotiation," he said.

He said he learned to work alongside community members. With time, many have become close friends and love his photos, he said.

He, too, has grown a new appreciation for the culture.

Smith said there are many values the outside world can learn from Hutterites, including their connections to family and community.

"I grew up in Winnipeg and it's definitely a different lifestyle, a different way of life but we find a lot of common ground," he said.

"I think that we tend to lose that in the outside world where it feels like we're more distant, more unconnected than in the past and their connections are so strong and I think that's really important," he said.

Smith's exhibit will be displayed until Feb. 23.