With meat prices sky high, steaks are flying off the shelves­ and straight out the door. 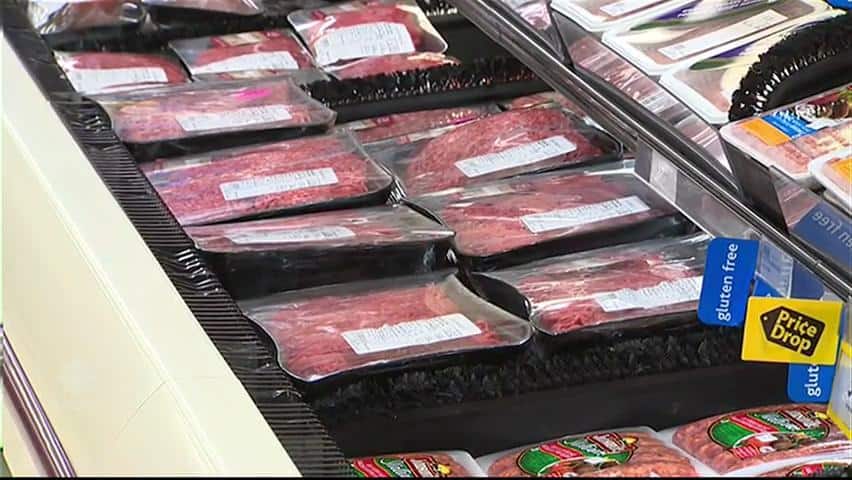 Meat theft on the rise in St. Paul

5 years ago
1:38
A group of store managers are banding together to find a solution to the increasing amount of thefts from local shops. 1:38

With meat prices sky high, steaks are flying off the shelves­ and straight out the door.

Alberta grocers are struggling to keep up with a new style of shoplifting where thieves load carts with hundreds of dollars worth of meat, then bolt.

Once outside the store, the contraband is loaded into a get­away car.

"Sometimes they actually throw the whole cart and everything into the back of the van or back of a truck and then they leave," said Graham Getz, general manager of the St. Paul Co-­op grocery store.

Getz said there have been four major thefts at his store in the last six weeks.

Each time thieves made off with about $500 in goods, mostly meat products, though occasionally other high­-ticket items such as cheese.

"It's frustrating because we're trying to merchandise our store so it can be attractive to all of our really  good customers," Getz said.

The scale of the meat heists pushed the St. Paul and District Chamber of Commerce to call an emergency meeting for Tuesday.

Together with St. Paul RCMP, they hope to develop strategies to prevent the thefts.

"The question is: Is this organized?" asked executive director Linda Sallstrom. "I think that is the unique aspect of this. ­ I have never heard of an organized group that is targeting food specifically."

The recent spike in theft isn't isolated to St. Paul grocery stores. Edmonton police say they field one or two calls about meat theft every week.

"You have people loading it into a grocery shopping cart looking quite normal like every other client and customer in the grocery store, and then all of a sudden they get near the exit door and they just make a mad dash to get out," said Sgt. Steve Sharpe, with EPS.

"Certainly there is always a market out there for meat," he said, adding that small ­scale meat thefts likely go unnoticed and unreported.

Sharpe said the meat may even be re­sold on a black market.

"The concern that we have is once it's stolen from a store, certainly it can be broken down and separated into parts ­ and once it's gone it's really hard to track," he said.

There's also no way of knowing how meat has been handled, once stolen. That's why he recommends buying from trusted retailers to avoid contaminated or unsafe products.

High meat prices believed to be behind the thefts are likely to last, especially for beef.

Alberta's beef producers are only now starting to catch up with demand, according to Rich Smith, executive director of Alberta Beef Producers.

"Supply doesn't change very quickly in our industry," he said.

When a meat shortage causes prices to rise, it can take up to three years for producers to catch up as that's how long ranchers need to raise enough cattle to meet a higher demand, he said.

"Our cattle herd has been declining for quite a few years, so we've been expecting the process of expansion to start," Smith said.

"It will take a couple of years to really significantly increase supply so we're not expecting beef prices to fall significantly over that time."