The appointment of Edmonton-South West MLA Kaycee Madu as justice minister and solicitor general is being celebrated by some members of Alberta's Black community as a way to bring needed perspective to the justice system.

Ministerial appointment celebrated by some seeking change in justice system

Edmonton-South West MLA Kaycee Madu's appointment as justice minister and solicitor general is being celebrated by some in Alberta's Black community as a way to bring needed perspective to the justice system.

Premier Jason Kenney on Tuesday elevated Madu to the justice portfolio from Municipal Affairs in a cabinet shuffle that saw Calgary-Elbow MLA Doug Schweitzer move from justice to an economic portfolio.

Kenney said the appointment of Madu makes a powerful statement at a time when Albertans have grown more sensitive to racial prejudice.

"[Madu] is a man who has experienced racial prejudice firsthand and can bring that sensitivity to this important role," Kenney said. "I'm excited to have him in that position."

The premier said Madu is the first Black Canadian to occupy either provincial or federal justice positions of the justice minister, attorney general or solicitor general. 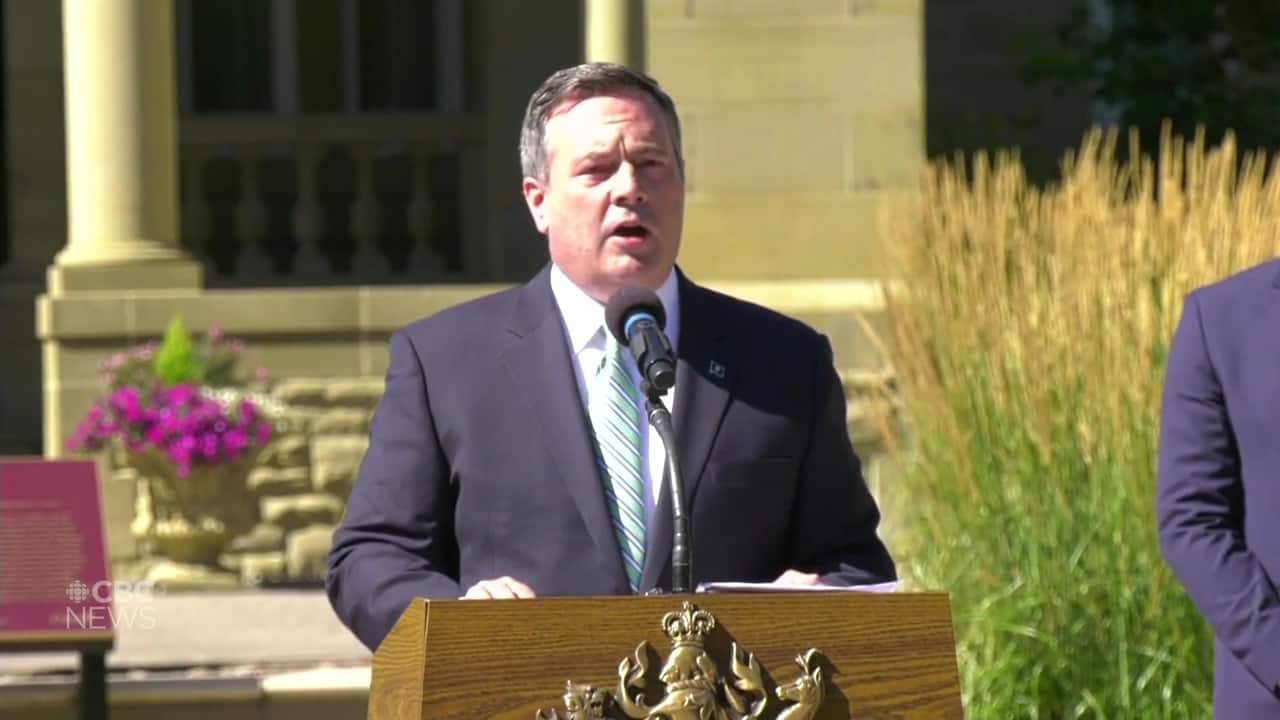 2 months ago
0:38
Premier Jason Kenney says Kaycee Madu's appointment as Minister of Justice is a powerful statement against racism. 0:38

Born and raised in southeastern Nigeria, Madu graduated from the University of Lagos with a law degree in 2001. He and his wife moved to Canada in 2005. They have three children.

Madu, who has practised law in both Nigeria and Alberta, was first elected as an MLA in the April 2019 general election.

"Whether we agree with one party or another that doesn't really matter, especially for the Black voice right now," Nur said in an interview Tuesday.

"What matters is effective Black people that are educated, that have integrity, that also have education background, are the ones that are occupying the space."

The council promotes and strengthens opportunities for members of the African, Caribbean and Black communities across Canada.

Nur said Madu is well suited to his new role, not only because of his background as a lawyer but also because he is an active member of the African community.

"Historically, these are positions that have been occupied by white men that have no understanding of the disproportional impact of the justice system and what Black communities experience," she said.

"By him being the minister of justice, it shows that the government is listening."

Members of the Edmonton-based Hoyo Collective are also excited by the minister's new role.

The group — its name means "mother" in Somali — is a grassroots collective that provides education, social support and resources for women and children.

"For children born in and out of this country and not knowing the system in this country, they fall into cracks," president Asha Fahiye said. Some members of the collective have had their children killed in gun violence or entangled in the justice system.

The group helps newcomer families navigate barriers in Canada, including within the justice system.

The Hoyo Collective met with Madu last weekend, before he took on his new role, to discuss some of their concerns.

Fahiye said the minister's background allows him to understand where they are coming from — and where the justice system needs to go.

"He can help not only Somali and African culture, but anyone who has faced injustice from the justice system," she said.

There are less optimistic voices, however.

Mubarik Bayere is an organizer with Make It Awkward & Be The Change, which this summer held a virtual rally against racism that drew tens of thousands of views.

Bayere said he doesn't see the kind of progressive change needed to tackle systemic racism growing from within a conservative context.

For him, Madu's appointment is empty symbolism.

"I don't think there's going to be any fundamental difference simply because the person is Black," he said.

Bayere pointed to Barack Obama's American presidency as an example where even with a Black man in the highest office, systemic racism continued to fester.

In recent months, massive protests across North America have called for action to address systemic racism in policing. In his new role, Madu will oversee a review of Alberta's Police Act.

Nur, meanwhile, said a lot of high hopes have been placed on the new justice minister.

"The Black community celebrates him," she said.

"And also the Black community's not afraid to hold him accountable when we feel that it's time to do that."