Oilsands workers worry driverless trucks will haul away their jobs

At the Suncor oilsands mine north of Fort McMurray, drivers and heavy equipment operators nervously watch as massive trucks rumble by with no one behind the wheel. With every passing truck, workers can imagine their lucrative jobs slipping away. 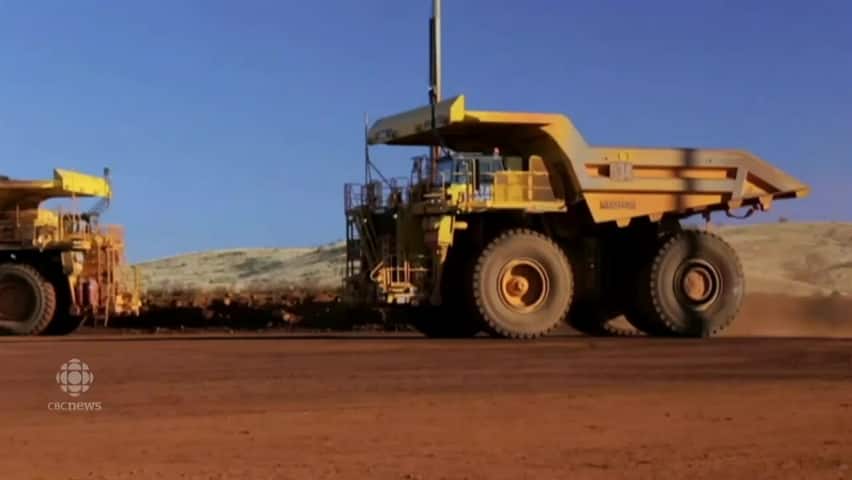 Driverless trucks being tested at Suncor

4 years ago
0:37
Suncor is testing six automated Komatsu trucks at its main oilsands site, which has workers nervous about their future. 0:37

At the Suncor oilsands mine north of Fort McMurray, drivers and heavy equipment operators nervously watch as massive trucks rumble by with no one behind the wheel.

With each passing truck, workers can imagine their jobs slipping away.

"Trucks don't get pensions, they don't take vacations, it's purely dollars and cents," said Ken Smith, president of Unifor 707A in Fort McMurray.

Canada's largest private-sector union, Unifor represents 3,400 employees at Suncor and considers the emergence of the automated haulage system, or AHS, a greater threat than any economic downturn in the oilpatch.

"The second wave of layoffs due to technology will be crippling to Fort McMurray, for sure," said Smith.

'It's one of our biggest fears'

Once those jobs disappear, Smith said, he's worried his members won't be able to find work that comes close to earning the $200,000 annual salary an operator on site now makes.

"It's one of our biggest fears," he said. "That these autonomous-haul trucks will replace one-third of our workforce."

The use of driverless trucks is part of a year-long pilot project by Suncor.

"There are six trucks involved in the evaluation," Suncor spokesperson Erin Rees said in an email. As the company replaces its truck fleet, Rees said, "trucks are being ordered that can be run both by an operator and autonomously."

Rees said no decisions on the "final approach or timing have yet been established."

To Smith, that translates into a future where hundreds of trucks one day displace thousands of workers.

Each autonomous truck represents an estimated loss of five jobs, said Smith, who predicts the technology being tested today will put 1,000 workers, some 30 per cent of the workforce, on the unemployment line. And that's just at the main Suncor mine. There are several other massive mines in the region.

The AHS trucks are being used in an isolated section of the Suncor mine site.

Suncor has contracted the trucks and technology from Komatsu, a Japanese company that is a world leader in AHS. According to information on its website, Komatsu specializes in construction and mining equipment, and first introduced a commercial AHS in 2008.

Trucks have hauled one billion tons

Since then, the company has said its autonomous dump trucks have "hauled over one billion tons of overburden and minerals at large-scale mines" in Chile and Australia. Aside from safety features, Komatsu promotes its system as a way to "help its mining customers significantly improve their productivity, thereby becoming their indispensable partner."

Floyd Jr. said what clients mention most often is  flexibility. "Now, multiple people can work on multiple tasks, instead of multiple people working on a single task. Project areas that were shorthanded no longer have to make do."

But Smith predicts the Suncor site is just the beginning. He anticipates other mines will quickly adopt the same system, putting more men and women out of work.

It would be devastating to a community that's probably down about 15,000 jobs as it is.- Ken Smith, president Unifor 707A

"They will be watching this very closely," he said. "If this works for Suncor, and it proves profitable, they will all be switching their fleets over to autonomous trucks."

"If we lose one-third of the workforce out here in the oilsands, it would be devastating to a community that's probably down about 15,000 jobs as it is, just from the downturn."

Smith said he's been monitoring the use of automated trucks on mine sites in Australia.

The biggest mine in Australia runs about 16 AHS trucks, Smith said. He expects there will one day be many times that number in Alberta.

The emergence of driverless trucks in the embattled oilpatch has caught the attention of the provincial government.

"It's coming sooner than people think," said Alberta Transportation Minister Brian Mason. "It's not way off in the future. Five years, they'll be here."

Mason has asked his department to research regulations, safety standards, and the impact of AHS trucks not only on jobs at mine sites but in the long-haul industry, where driverless trucks could one day be seen on Alberta highways.

"Getting ahead of the curve is maybe a little ambitious," Mason said.

The province, he said, wants to "be up to speed on this technology and come up with some plans, so that we can incorporate these changes as they come."

Before entering politics, Mason drove a bus for Edmonton Transit and knows well that some displaced workers won't be able to find jobs after automated trucks take over.

"In terms of its employment impact, they're potentially fairly significant, and that is a challenge for government and for the private sector, and for the union sector as well," Mason said. "So we'll all have to address that in the future. There's going to have to be a good amount of public discussion about this as we go forward."

Suncor said the evaluation of the AHS system is ongoing, and data collected will determine if autonomous trucks will be implemented in the future.

No decision has yet been made and no firm timelines are in place.