One day after holding a news conference about the closure of a north Edmonton shisha bar and denouncing the owner and business as a risk to public safety, city officials have reversed the decision, CBC News has learned. 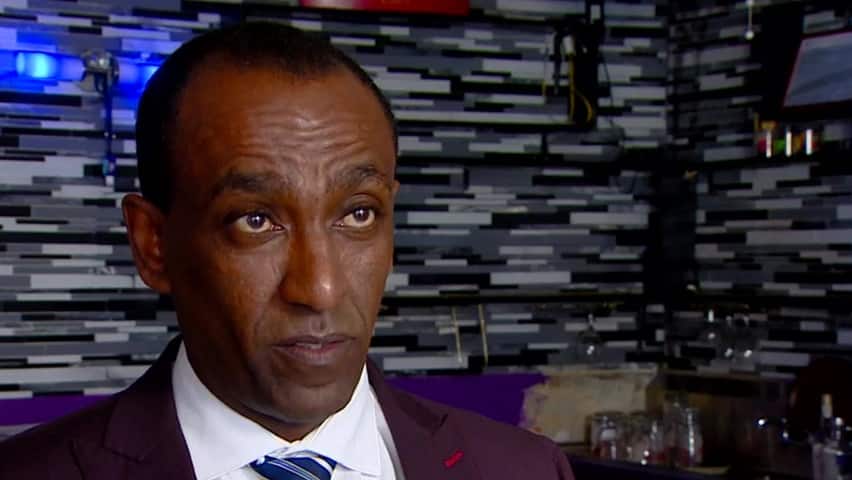 'I'm going to fight until the end'

One day after holding a news conference about the closure of an Edmonton shisha bar and denouncing the owner and business as a risk to public safety, city officials reversed the decision, CBC News has learned.

On Monday, the city told reporters that the Nyala Lounge posed a safety risk and the city's Public Safety Compliance Team had recommended it be closed, so its business licence was pulled.

But on Tuesday, owner Mulugeta "Moe" Tesfay received a phone call and email telling him the cancellation of his licence had been revoked because he wasn't notified it was under review. That was confirmed in a letter to Tesfay from the city dated Wednesday that explained the notification had been returned in the mail.

"The city learned that delivery of the documents to the licensee's address had been unsuccessful as no one accepted the delivery," wrote Annet Adetunji, a licensing analyst with the city. "Therefore, on September 25, 2018, the city vacated the decision to cancel the business licence and notified the licensee immediately."

Tesfay said he had not been able to respond because he was in Ethiopia to see his critically ill father, and later organize his funeral, from mid-August until Sept. 5.

Tesfay had been publicly accused by city officials of running an unsafe operation at his lounge and bar located at 108th Avenue and 98th Street. Officials said violent incidents had occurred in the area of the lounge but no charges had been laid relating to them.

But police said the lounge violated conditions imposed on its licence 82 times during 25 inspections in a seven-week period, including infractions surrounding "patron counts, patron scanning and incident logging" that resulted in 12 bylaw tickets.

Tesfay, a decorated war veteran, has accused police and the city of harassment and discrimination, questioning why his business was shut down based on allegations not proven in court.

On Wednesday, Tesfay said police should be focused on investigating those serious crimes cited in the neighbourhood of his bar because shutting down his small business would not solve the problem.

Tesfay accused authorities of issuing unwarranted bylaw tickets and conducting heavy-handed inspections aimed at intimidating his customers with a goal of shutting his business down.

"I've been trying to fight these false allegations, this fake news, for the last three years," said Tesfay.

Tesfay questioned why city officials would hold a news conference before the 14-day time period passed in which he could appeal the decision.

Of 31 bylaw tickets issued over the past two years, Tesfay has already successfully fought nine bylaw tickets that were dismissed or withdrawn and two tobacco-related offences that resulted in stays. He has pleaded not guilty to two remaining criminal charges and nearly all of the other infractions, apart from paying two fines.

After he paid a fine for overcrowding in July, city officials took the unusual step of sending out a media release about the move.

Officials have now reissued a notice of proposal to cancel the business licence, and will give Tesfay time to respond.

"The owner will be able to operate his business during the business licence review process, which may take several weeks," wrote city spokesperson Lisa Sobchyshyn. "A decision on whether or not the licence will be revoked will be made based on the submissions from the owner and from the Public Safety Compliance Team."

On Wednesday, with a group of friends and customers by his side, Tesfay thanked his customers and neighbours for their support and said he was open for business.

He also committed to working with police to keep the community safe.

"There are excellent police officers and I'd like to work with them again," he said. "And just to let them know all the customers are not criminals, there are good customers here and we are ready to work with the police again."