A booming town northwest of Edmonton is finding its promising future a big problem. 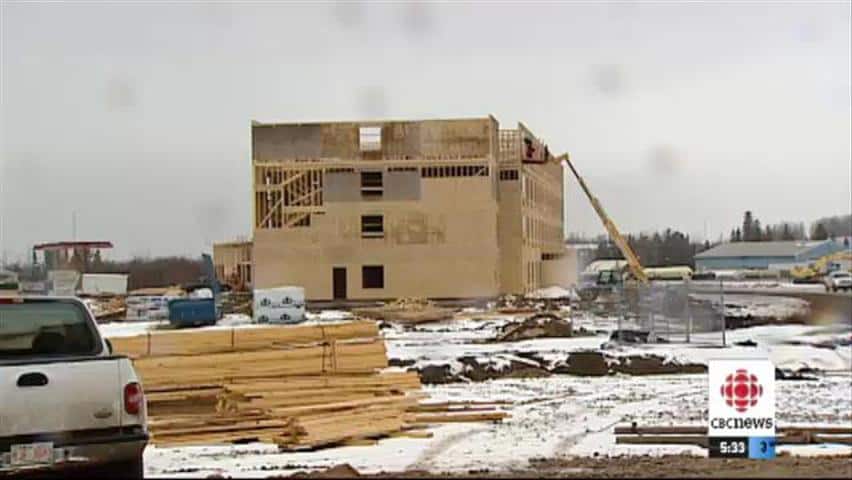 A tiny town with a promising future northwest of Edmonton is facing big problems.

About 8,000 people live in 61 oil-and-gas work camps surrounding the town of 2,000 and while many want to move into town, there's no room.

The town is growing due to a shale oil and gas boom in the area — and that's the problem.

Fox Creek has run out of land and is having trouble buying surrounding Crown land from the province, Gwozdz said.

He believes that if given room to grow, the town could become one of the busiest communities in area, with a population of 4,000-5,000 in the next few years.

Gwozdz points his finger directly at the province, which took nearly two years to sell the town a 57-hectare parcel of land on its northern border, he said.

While the transaction should be complete by the end of the month, the process is simply taking too long, Gwozdz said.

"How do you prepare for growth on a fast pace when the government's holding you up?"

The province works as fast as it can, said resources spokesperson Jessica Parker.

"It is a co-operative process, and we do try to work with whoever it is looking to purchase land to do it in a timely fashion, but there are processes in place to ensure there is the proper registrations and surveys and whatnot," she said. "It does take time."

With files from CBC's James Hees