Alberta boy gets his birthday wish: A street full of garbage trucks

A Morinville, Alta., boy had a very specific request for his fourth birthday: 100 garbage trucks.

Chase Olesen, 4, has been obsessed with garbage trucks since he was 1 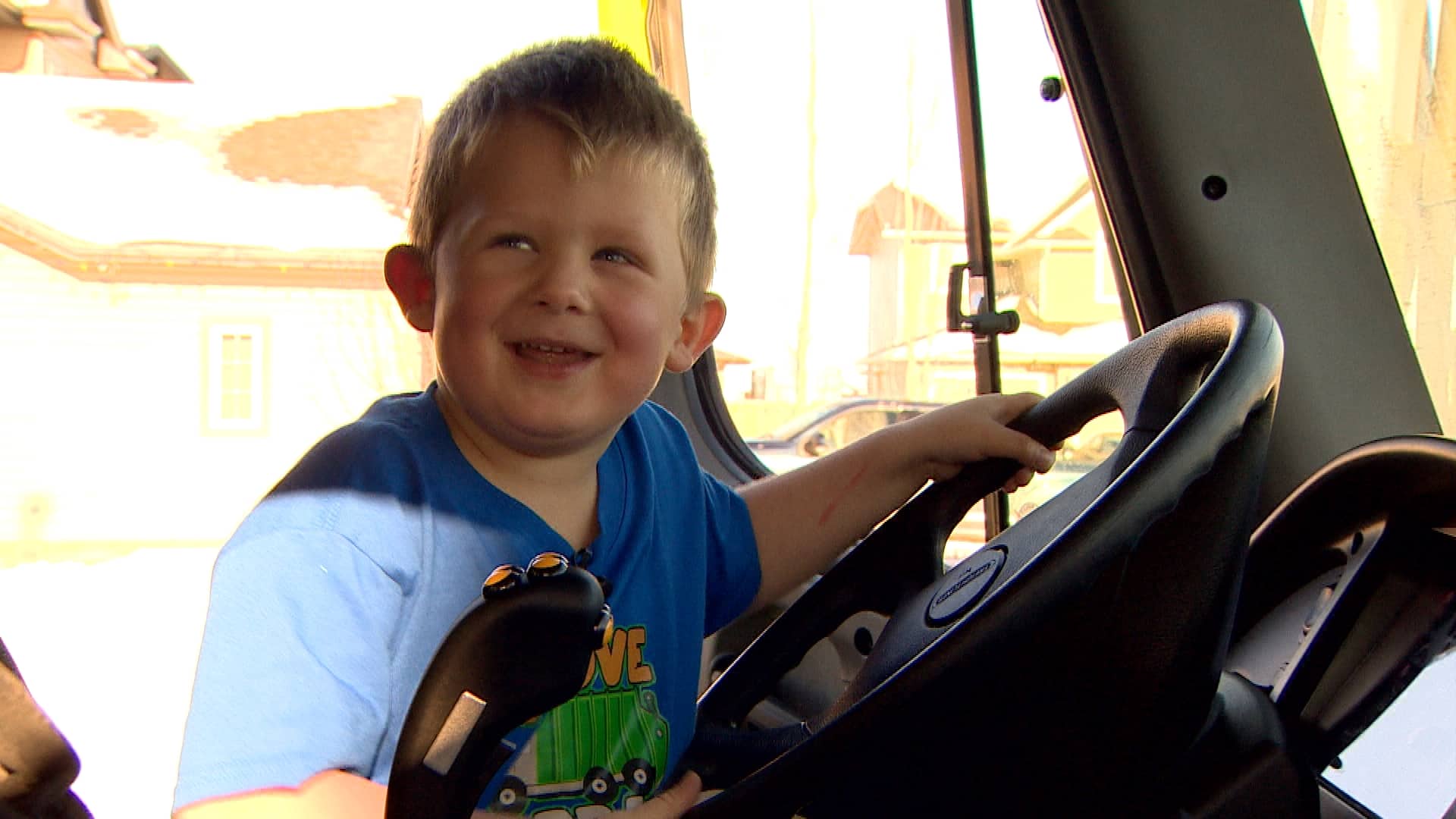 Ask most kids what they want for their birthdays and you'll hear a variety of requests — dolls, toy cars, video games.

But a Morinville, Alta., boy had a different, specific request for his fourth birthday: 100 garbage trucks.

While 100 trucks was an ambitious request, Chase Olesen was in for a surprise Wednesday afternoon. He walked out his front door to see about a dozen garbage trucks lining his street.

"Look at them all, guys!" Chase's mom, Amanda Olesen, said while leading Chase and his friends out of the house.

Staff from waste management company GFL Environmental organized the surprise after they received an email from Olesen last week. She asked that they spend a few extra minutes outside of her home on garbage day so Chase could get a good look at the trucks.

"They said, 'We can do better than that,'" Olesen said. "I thought, you know, that they were just going to come and ... just stop for a few minutes, whatever. I never expected this."

She said her son has loved garbage trucks since he was about a year old. Chase and his friends got to test the trucks' horns and practise steering.

"I couldn't believe it," Olesen said. "It was pretty cool when we walked out and saw all the street lined with garbage trucks."

"Being able to do this for him was pretty exciting for us," Stevenson said.

He said he interacts with children every day on the job.

"Kids have always seemed to love garbage trucks. You know, we're right in there with firefighters and policemen," he said with a laugh.

Stevenson said he thinks kids are fascinated by garbage collectors because they're intrigued by the machinery — the big trucks, the mechanical arm, the horns.

"It's kind of a kid's dream," he said. "My favourite part? It would be driving around and seeing everywhere, and especially seeing the kids."

Chase hopes to be like Stevenson when he grows up. His reason for loving garbage trucks is simple.

"Because they pick up garbage," Chase said. "Horns."