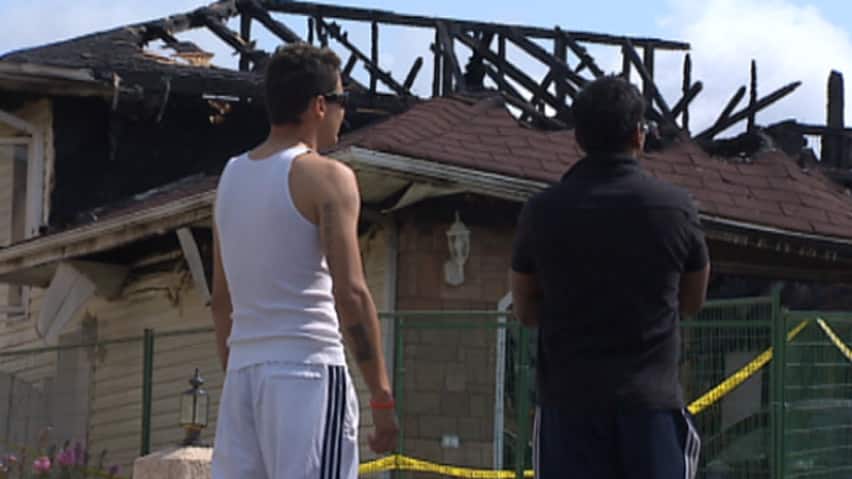 7 years agoVideo
2:11
One house was destroyed and another damaged in the early morning fire 2:11

Nine people were able to escape after their home in Mill Woods was destroyed by fire early Monday morning.

A neighbour called firefighters to the home at 29th Avenue and 41st Street around 1:30 a.m. By the time crews arrived, the house was fully engulfed in flames.

The family who lived in the main part of the house as well as four tenants from a basement suite managed to get out.

Another four people were forced to leave the house next door, which sustained exterior damage. No one was injured.

"We are all shocked," said Sabra Narayan, whose brother lived in the house that caught fire.

"They could have all been killed there ... because the fire was so fast, like, so fast, there's nothing we could have done."

Damages for both houses is estimated at $1.2 million. Investigators say it could take time to figure out a cause.