Mayors Naheed Nenshi and Don Iveson said increased collaboration between Edmonton and Calgary will help the two cities cope with reduced financial support from the province amid the ongoing financial slump. 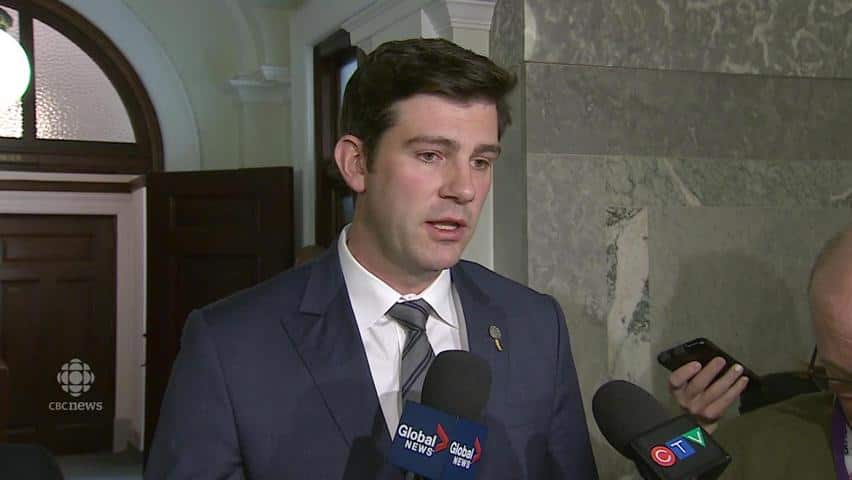 The mayors of Alberta's two biggest cities say Edmonton and Calgary should collaborate as a way to cope with dwindling financial support from the province amid the ongoing financial slump.

"What we asked for is collaboration, recognizing that the government's fiscal situation is what it is. We're sensitive to that,"  said Iveson. "We want to really help provincial dollars go further."

Notley invited both mayors to meet the entire NDP cabinet when the trio met last November.

"This is the first time that anyone can remember that city mayors have been invited to speak to cabinet," said Nenshi. "It was really an honour for us."

A city charter, which would empower both cities to take over some matters which currently fall under provincial jurisdiction, was a major part of the discussion.  Critics have suggested a charter would raise taxes for residents in both cities.

However, Iveson said increased taxation powers for municipalities is not part of the plan and acknowledged that any tax hikes "are really not a good sell" in the current economy.

Nenshi and Iveson signed a framework agreement with the previous Progressive Conservative government in the fall of 2014.  Nenshi says some of the first legislative changes will be made over the next 12 to 18 months.

"We're certainly on a timeline to do that," Nenshi. "We're just at the beginning of phase three which is the questions about money."

Despite the need for clarification on the legislative changes for municipalities under the new scheme, Larivee said Tuesday's discussions focused on relationship-building.

"We look forward to each of the departments working with the mayors, in terms of their individual issues." said Larivee. "And that will include maybe different ways of financing certain arrangements."