The four First Nations of Maskwacis has declared a state of emergency, activating treaty measures to ensure the safety of its residents should the COVID-19 virus reach their communities.

'For a lot of us, this really is uncharted territory'

The four First Nations of Maskwacis have declared a state of emergency, activating Treaty 6 measures to ensure the safety of residents should COVID-19 reach their communities.

The chiefs of the Samson, Ermineskin, Louis Bull Tribe and Montana nations met on Sunday night and agreed to declare a Maskwacis Cree state of emergency, states a news release issued Tuesday.

"We all know it's a very challenging time for the community," Montana Cree Nation proxy chief Bradley Rabbit said at Tuesday's news conference.

"For a lot of us, this really is uncharted territory."

The communities are calling on the federal government to provide them with the necessary funds and resources to deal with a potential outbreak.

"At this time, our Nations are experiencing a shortage of health-care facilities, emergency equipment, medical supplies and medical staff to sustain and support the more than 18,000 persons who reside within our territory," says the statement.

The chiefs note that Maskwacis, about 100 kilometres south of Edmonton, is vulnerable due to its proximity to Alberta's two main cities and airports. 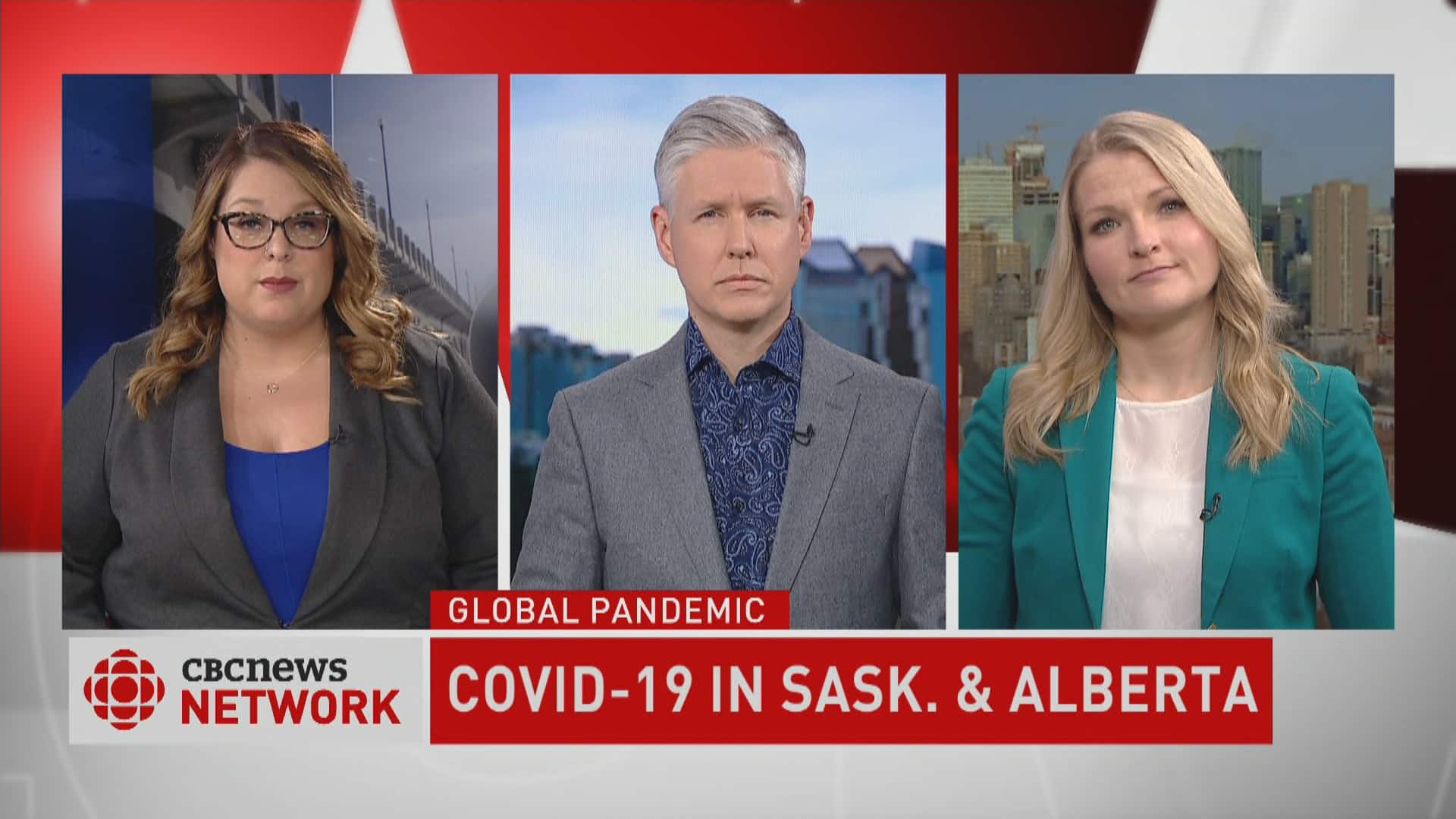 "Our peoples are at greater risk as our territory is located in the geographical area between two COVID-19 hot zones — Edmonton and Calgary," said the news release.

"Calgary was chosen as one of four international airports in Canada that is still allowing international flights and is two hours south of our region. We are deeply concerned COVID-19 may reach our Nation(s), and we do not have adequate resources to effectively handle any local outbreak."

Irvin Bull, chief of the Louis Bull Cree Nation, said he and the other three chiefs are "trying to stay on top of this virus" but need help.

"We want to ensure that supplies, everything is provided to us," Bull told the news conference.

Marlene Poitras, regional chief of the Assembly of First Nations Alberta, said the coronavirus could be devastating in First Nations communities.

"We don't have the same level of health-care support services that the rest of Canada enjoys," Poitras said.

"That's why it's very important to support prevention efforts and to prepare for the pandemic. Efforts must be stepped up now."

The chiefs said the Maskwacis declaration is intended to activate the medicine chest and famine and pestilence clauses of Treaty 6. Poitras said it is unique in that respect.

Treaty 6, signed in 1876, was the first treaty to include the clauses. At the time, Indigenous nations on the Prairies were starving and sick as a result of the depletion of bison and an epidemic of smallpox and tuberculosis that arrived with the European settlers, according to an online article published by the University of Alberta's Faculty of Law.

The terms of the clauses included the storage of a medicine chest at the Indian agent's house, additional agricultural implements than were provided in previous treaties, and a promise to protect Indigenous people from future famine and pestilence problems.

The clauses have been interpreted by Indigenous leaders to mean that the federal government has an obligation to provide all forms of health-care to First Nations people on an ongoing basis.

The four First Nations of Maskwacis join a number of First Nations in Alberta that have declared states of emergency or closed their borders.

Twenty-four Alberta First Nations had declared a state of local emergency as of noon Tuesday, according to an Indigenous Services Canada spokesperson.

The Assembly of First Nations also declared a state of emergency on Monday. National Chief Perry Bellegarde said in a tweet that First Nations "need to be included in planning and have the proper resources to fight the virus."

As of Tuesday, there were 358 confirmed cases of COVID-19 in Alberta. Government data shows there is one case in Wetaskiwin County.