Marvel: Universe of Super Heroes at Edmonton's Telus World of Science chronicles the story of the Marvel empire and its influence on popular culture. Here's what you need to know if you're looking to go.

Spider-Man dangles from the ceiling, the Hulk lets out a knee-shaking roar while Marvel fans snap selfies at super human speed.

Marvel: Universe of Super Heroes at Edmonton's Telus World of Science chronicles the story of the franchise and its influence on popular culture.

"We are excited to be showcasing genuine relics of pop culture history, from the earliest incarnations of Marvel Super Heroes in comics to ground-breaking movie moments reflecting the timeless appeal of the Marvel Universe," said Alan Nursall, Telus World of Science president and CEO. 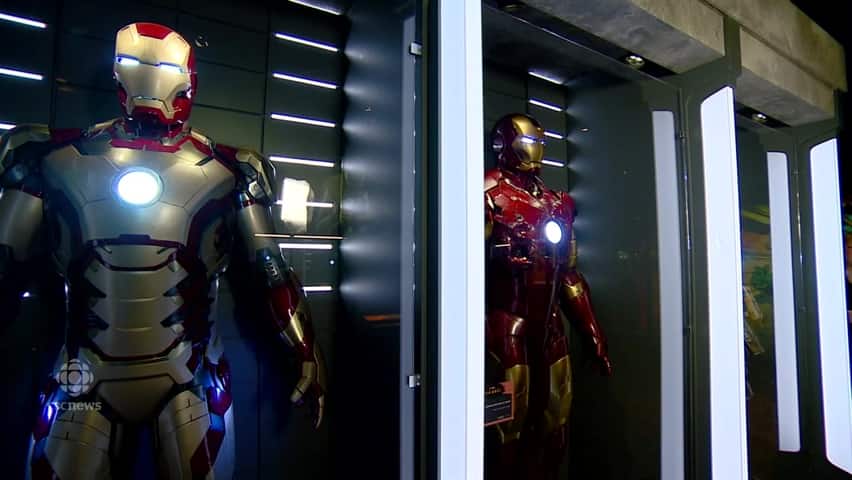 1 year agoVideo
1:08
Check out the traveling exhibit making its Canadian premiere at Telus World of Science in Edmonton. 1:08

The exhibit, which opened one week ago, features 300 artifacts ranging from Captain America's shield used by actor Chris Evans in the 2015 film Avengers: Age of Ultron to original comic book drawings by the likes of Jack Kirby and Stan Lee.

"Prior to opening the doors, we had already sold just under 11,000 in presales, which was a record for us, we were very excited about that," said Ursula Pattloch, director of marketing and communications. "It is in our top five so far for opening weekends, so we're pleased with that."

Opening day saw 2,300 visitors, many in the costume of their favourite Marvel character. As a result of demand, the centre will be open until 8 p.m. Fridays and Saturdays during the run of the exhibit.

"If you're coming on the weekend I would strongly recommend coming early, if you buy your tickets for 9 a.m. that's going to be the least busy time," Pattloch said.

On weekdays, it's best to arrive after 2 p.m. when school groups have cleared out.

The Marvel franchise was purchased by The Walt Disney Company in 2009 for $4 billion US.

"It's a chance to see some of the rarest and most precious objects from the past 80 years of pop culture history, and pointing toward the future with work from some of today's foremost creators," said curator Ben Saunders.

Edmonton is the first Canadian stop for the traveling exhibit which debuted in Philadelphia last year.

You can see more from the Telus World of Science this week on Our Edmonton Sunday at 1 p.m., Monday at 11 a.m. live on CBC GEM or on demand now here.