There's a movement afoot encouraging Edmontonians to embrace the snow and cold, earning our northern hometown the title of 'Winter City.'

What 'Winter City' project would you like to see next?

There may be a few new ways to enjoy winter in Edmonton in the coming months.

Make Something Edmonton will be handing out a series of winter project accelerator grants next month. The grants, which run up to $2,500 each, are intended to help kickstart winter-friendly projects and events that will help Edmontonians weather the weather a little better.

"There's a lot of winter projects that you can do completely for free, but we want to see what people can do with a little bit of money as well," marketing manager Chris Gusen said Monday.

The catch? The grants have to be used by the end of March.

The relatively tight deadline for implementing the winning ideas was set on purpose, Gusen said, and is intended to show how quickly a project can be put into practise.

The organization is also hoping for projects that will expand Make Something Edmonton's reach beyond the downtown core.

So far, Make Something Edmonton has received 15 grant applications and expects more to come in as the deadline approaches, Gusen said. The group plans to hold a workshop for would-be applicants on Jan. 16, and will be closing applications officially on Jan. 22.

"We've intentionally made it a really easy grant to apply to. We want a really low barrier to entry, so I'd encourage people with ideas ... to not be discouraged by the fact the deadline is so soon," Gusen said.

Candidates will also be told within two weeks if their idea gets funding.

For those interested in applying, Gosen recommends a perusal of the Make Something Edmonton website, where there are already about 50 winter-inspired projects on the go, ranging from knitting for Syrian refugees to giant snowball fights to installing SAD lamps in public spaces.

Anything that helps fill a gap to make winter a little better or better understood is fair game, Gusen said.

"The whole spirit of Make Something Edmonton is that the people who know best about those gaps are Edmontonians — and they'll identify those gaps in their own neighbourhoods."

Make Something Edmonton has handed out similar grants in the past, most recently handing out funding for DIY City placemaking project.

You can learn more about the grants here.

An evolution of winter-friendly activities

The Make Something Edmonton grants are not the first time citizens have tried to embrace Edmonton's 'Winter City' moniker.

First there were the winter patios, then the Winter Shake-up.

In January, urban architect Matt Gibbs made headlines with his ambitious proposal to build an 11-km freezeway around Edmonton's downtown. Fittingly, Gibbs' idea first came to light through a Make Something Edmonton proposal.

And of course, who could forget the city's first ice castle, open now? 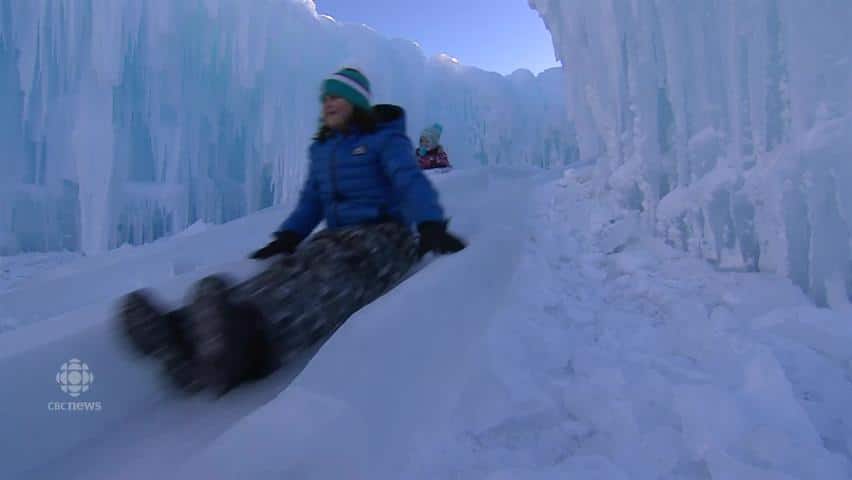 5 years ago
1:17
After two months of construction, the city's first ice castle opened to the public Wednesday afternoon. One of the builders, Cory Livingwood, spoke to CBC News about all the hard work. 1:17

All these projects have one thing in common: they are trying to get Edmontonians outside during the months when many would historically be batting down the hatches and waiting for spring.