The anti-racism campaign Make It Awkward has made its way to an Edmonton junior high school where students were encouraged to talk about uncomfortable moments of discrimination. 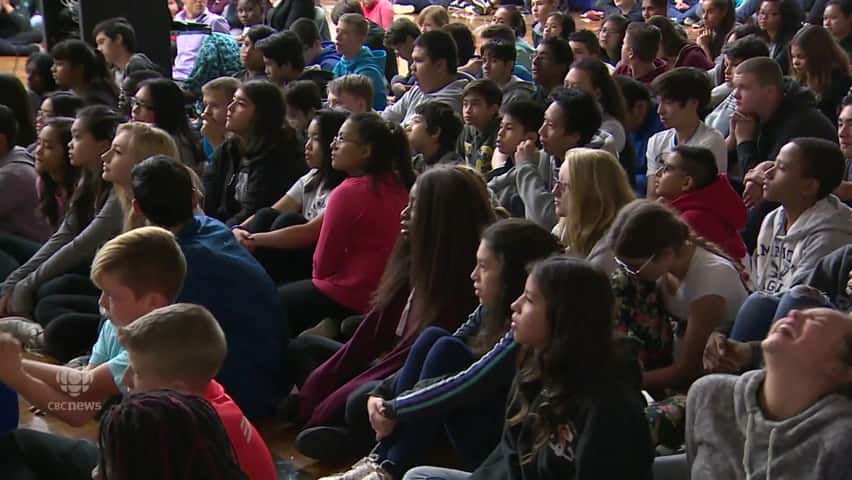 Students talk about discrimination at Make It Awkward presentation

4 years agoVideo
1:34
The anti-racism campaign Make It Awkward has made it’s way to St. Elizabeth Seton junior high school as students where were encouraged to talk about uncomfortable moments of discrimination. 1:34

The anti-racism campaign Make It Awkward has made its way to an Edmonton junior high school where students were  encouraged to talk about uncomfortable moments of discrimination.

Jesse Lipscombe spoke in a St. Elizabeth Seton gym filled with students in grades 7 to 9 students. He used a recent incident as a way to relate to the multicultural crowd.

Lipscombe was downtown on Aug. 31, filming a public service announcement about how Edmonton is a great place to live, when a group of strangers in a car pulled up at a nearby intersection.

Rather than walk away, Lipscombe, a former high jumper who owns a fitness studio, walked over to the car and calmly confronted the men inside.

The Facebook video Lipscombe posted of the incident has been viewed more than 400,000 times.

"They didn't see the normal 'Angry man responds to racist attack,' instead they saw 'Racist attack with conversation,' " Lipscombe told a gym full of students Thursday.

He encouraged students to speak about moments spurred by racism or instances where they may have been the offender.

Grade 9 student Charles Massaquoi can relate to Lipscombe and the message of his campaign. He said a man yelled the n-word at him while cycling by. He didn't say anything back, he just carried on to school.

"I should have talked to him at least, but it's all good now."

He's moved on but said if it happens again he plans to talk to the person about where the racial remark comes from and why it offends him.

For Josephine Larocque, also in Grade 9,  the presentation brought back memories of racial profiling, linked to the fact that she's Aboriginal. She says she and a friend were followed by a woman in a department store before a security guard approached them and asked them questions. She's been too embarrassed to return to the store.

Lipscombe's presentation made her feel comfortable to talk about the incident.

"Felt kind of inspirational, to know that there's people out there who know what it feels like," she said. 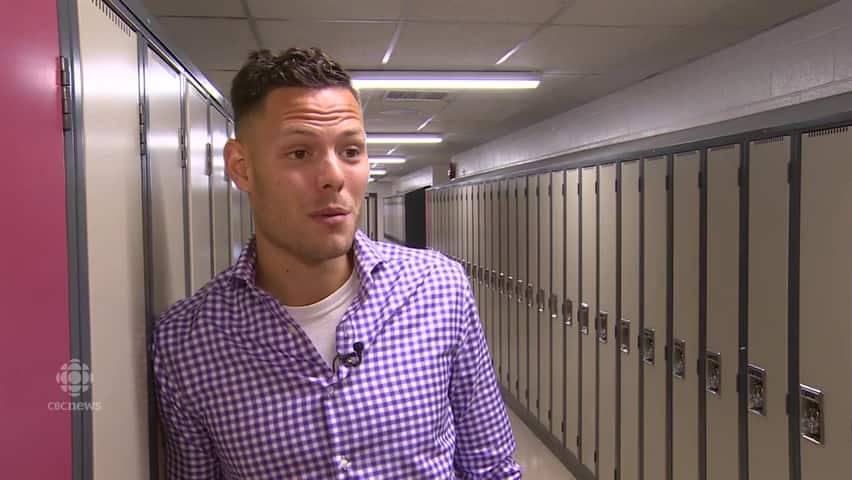 Isaac Tyler is First Nations, Métis, Inuit transition coordinator at St. Elizabeth Seton, which is on 135th Avenue and 37th Street in the city's northeast.

He says students at the multicultural school experience incidents of discrimination in their everyday lives, but only open up about them in a one-on-one scenario.

He hopes Lipscombe's presentation allows them to speak more openly, and to confront people in a non-violent way.

"Race is a really awkward topic for most people," Tyler said. "I think it was great getting young kids comfortable talking about it or learning how to guide those conversations in a positive way."

The Make It Awkward campaign will continue on to more schools for presentation. A website is planned.